Why Girls Should Not Be Required To Give Blow Jobs 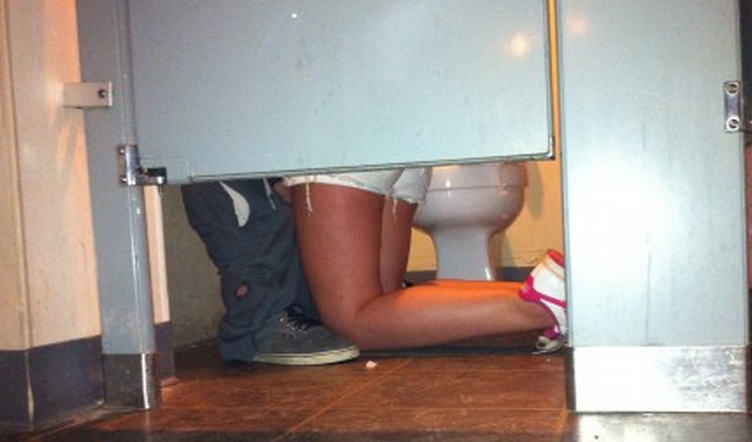 It was just pointed out to me that a column is currently going wild over on our brother site, TFM, titled Why Guys Should Not Be Required To Go Down On Girls. I read it and for a few minutes I was all “Current Mood: Castration.” And then I realized, the column’s author had a point, it was just the wrong point. NO HEAD FOR ANYBODY, BUT ESPECIALLY NOT BOYS! Don’t like it? Don’t do it. What a world it will be! This is the revolution and you are the mockingjay.

Going face-to-face with the one-eyed snake sucks…literally. When there are no boys around to give you attention for liking it, I think we can all agree with that. And it’s time we take a stand, and say no to blow! (jobs!). Why? Let us count the ways.

First of all, it is a naturally submissive activity. Everyone knows that a successful relationship is one in which he buys the drinks, but you call the shots. It’s important to make him believe he’s in control, but really, if you’re not the boss, you’re a bitch. Your relationship mantra should be “I want to make him think it was his idea” not “I do it because it’s his idea.” You know what was his idea? Sticking his dick in your mouth. Say it with me: “A blow job ain’t yo job.”

I want to drive that point home. Jobs are necessary to make an operation run smoothly. Fellatio simply isn’t necessary. Guys do seem to like it when we lick their popsicles, but they certainly don’t need it. For women, oral sex is often necessary foreplay. Believe it or not, no matter how much you love your man, it takes more than a hairy chest and an average body to rev your engine. We need to be eased into sex. Oral makes that happen. Guys, on the other hand, are much more visual. They turn on and off like a lightswitch. Their little willies stand up to say hello before you even give them a handshake. During any given romp, by the time you actually see a penis, it’s already in ready position.

More importantly, if guys don’t need you to wet your whistle to get things started, they definitely don’t need it for you to finish the job. Unlike women, most of whom can only (if at all) achieve orgasm through clitoral stimulation –as the clitoris, not the vagina, is the female equivalent to the penis– a man will orgasm every single time. I repeat. Every. Single. Time. Intercourse? Orgasm. Titty-fuck session? Orgasm. 8th grade style hand job which they claim to be the most pointless experience of their lives? ORGASM. Sometimes, you can get really aggressive while dry humping and he will STILL have an orgasm (which is a REAL fucking bummer if you were trying to make his man meat useful to you). With all these other options, there’s no reason to burden yourself with something as awful as sword-swallowing.

Which brings me to my next point. Playing the flute isn’t fun. “They don’t call it a job for nothing.” To any men reading this, I invite you to take a banana, and leaving the skin on it, stick it into your mouth. Make sure your lips are covering your teeth, and keep them wet enough to slide down the surface of the banana easily. Shove it as far into your mouth as you possibly can without gagging. Now shove it in farther. Kind of hard to breathe, right? Now start sucking. I promise if you continue for a few minutes, you’ll be in some serious jaw pain. That is what taking a giggle stick to the mouth feels like — except imagine it with someone’s hand on your head and the pressure to make sexy eyes. It’s not pleasant.

To make matters worse, the task at mouth is not complete unless there is semen! Bodily fluids, of any kind, are disgusting — blood, shit, piss, puss? Gross. If a person was expected to ingest any other bodily fluid, that would be considered borderline torture (not to mention, beyond degrading). This one, folks, is no longer an exception. It’s thick, and sticky, and the taste…oh my God, the taste. Let’s just say, I can’t understand why people say delicious food is like “an orgasm in your mouth,” because if you’ve ever had an orgasm in your mouth, you know that a chef can receive no greater insult.

In short (and sometimes in long), the only people who benefit from fellatio is the penis-having population, and you, my friend, should be looking out for number one. As relentlessly stated above, oral is a much different experience for guys than it is for girls — in that they don’t benefit from it in any type of way that’s even remotely comparable to the way we do. Plus, essentially making out with a vagina is not nearly as unpleasant as choking yourself with a meat stick. You cannot compare them side by side and say, “What would you say if you met a guy who didn’t give head?” Sure, if I’m in a relationship, and my guy likes it, I’ll slob the knob every now and then IF I FEEL LIKE IT. But it should not be an expectation, because frankly, if pussy’s not enough, he’s probably gay.

Addendum: No one should be REQUIRED to do anything, sexually — that’s called rape — but if you care about the other person, you’ll do nice things for them, because it’s not about you, it’s about THEM, and that goes both ways. If you don’t care, that’s a different story. Worry about getting yours. Never give a blow job to a random. Seriously, pointless. But in a healthy, or even semi-functional relationship/hookup, playing tit for tat is stupid, and results in a whole lot of unhappy people. If a boy’s refusing to do something that is necessary for you to feel satisfied in your sex life, don’t hold out on him, LEAVE. HIM. He’s a selfish dude (which will surely show up in other ways) and you don’t need that. Besides, only truly beta men have a problem with the “fear of being submissive” to a woman, because they spend their whole lives being submissive to other men.