Why I Hate Being A “Sorority Girl” 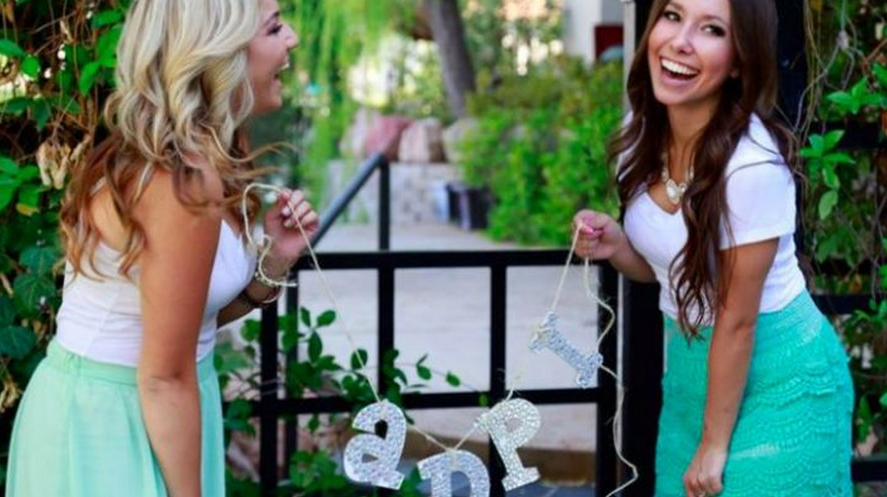 What makes me incredibly irate as an attractive, intelligent, and happy-go-lucky young woman who happens to be a member of a sorority is that no matter where I go, I’m followed by the stigma that I am some dull, incompetent, superficial, cookie-cutter, basic bitch who is incapable of thinking on her own. It’s so frustrating to get “the look” when you mention you happen to be in a sorority. I hate the immediate and obvious deflation in someone’s face and body language when you mention your Greek affiliation. I hate when people audibly pass judgment of your morality, intelligence, and self-respect with a response as simple as “oh…”

And worst of all, I HATE it when people say, “Really? You don’t strike me as a sorority girl.”

WHAT DOES THAT EVEN MEAN?

Don’t get me wrong, I have no disrespect for the women who are the cookie-cutter type. I don’t think I’m a better person than those who sleep around or than the girls who do act in ways similar to the sorority girl stereotype. I respect people entirely for anything they want to be, and for who they are. Every person is fighting his or her own battle every day, and I have no right to pass judgments on anyone. But because I choose to present myself differently and act in a way that’s opposite of your ill-informed and biased opinion that you hold in your thick head of what a sorority girl is, or because I choose to present myself in a way that’s becoming of the woman I want to be, the woman my mother raised me to be, I don’t strike you as a sorority girl?

What I don’t understand is how being a collegiate sorority woman immediately makes me an unacceptably-drunken, frat-rat whore. Why don’t people see the philanthropic achievement each chapter of every organization contributes? Why can’t people see the value of academic accomplishments and the successful alumnae base that supports and encourages us? Why is it that people only focus on the drinking (the indisputable fact that Greeks throw the best parties is irrelevant) and why can’t people understand that we aren’t shallow and superficial? We just strive to be the best, and we don’t settle for anything other than that.

This benighted, out-of-date stereotype needs to end and needed to end yesterday. Each and every woman in my sorority is a bold and beautiful leader with a strong head on her shoulders and an insatiable appetite for achievement that is unmatched to any other male I’ve ever met, Greek affiliation or not. We hold ourselves and each other to a set of standards that you may not be comfortable with, but it does not give you a right to view us as a group of people who are insubordinate to you. I am not “one of those” sorority girls. I’m an individual. Each of one of my sisters is an individual. My sisters wouldn’t allow me to fail–they would help in any way they could, because they believe in my potential. My sisters wouldn’t let me even think about going back to my toxic, douchebag ex-boyfriend who ruined my life–they would be the first ones to punch me in the uterus and tell me I’m better than that BS. My sisters aren’t the bunch of illiterate, selfish, classless, lackluster people you believe them to be. My sisters are nurses, scientists, and engineers. They light up a room, swear like sailors, and make mistakes, but they keep their heads held high no matter what their situation is. They are in the top of the class and could drink you under the table. They are effective communicators, determined to make change in the world, and they hold endless and limitless compassion in their hearts for everyone they meet. But more simply, each and every one of my sisters is a 20-something-year-old college girl who is finding herself just like any other 20-something-year-old college girl. The only difference is the family that results in having letters.

So to all you judgmental, closed-minded, ignorant, little fucks who like to maliciously stigmatize me and those who mean the most to me: if I want to get a sleeve tattoo of skulls and roses, buy a motorcycle, cut off all my hair and dye it rainbow; if I want to duct tape a bottle of pink Moscato to my hand for a night and later on take too many shots of bottom-shelf vodka, which inevitably results in a walk of shame back home in the slutty Halloween costume from the night before; if I want to dress entirely in pastels, only wear Lilly or Vineyard Vines, have the my Instagram entirety made up of selfies of me and my perfect little and my big (who is better than yours); or if I want to bust my ass in school to one day run for office or to be the HBIC of a fortune 500 company or to dedicate my life to changing the world through medical research, I am going to do it and I am going to do it as a strong, independent, driven young woman who just so happens to have an advantage over you because of the overwhelming support I have from my sisters.

An entire culture of sorority women happens to be made up of individuals of all different backgrounds. One bad interaction you’ve had doesn’t make us all the same. Keep that in mind before you go off passing judgment on someone’s character because she’s wearing sparkly, pink letters.

Sometimes I get pissed off and rant about things.