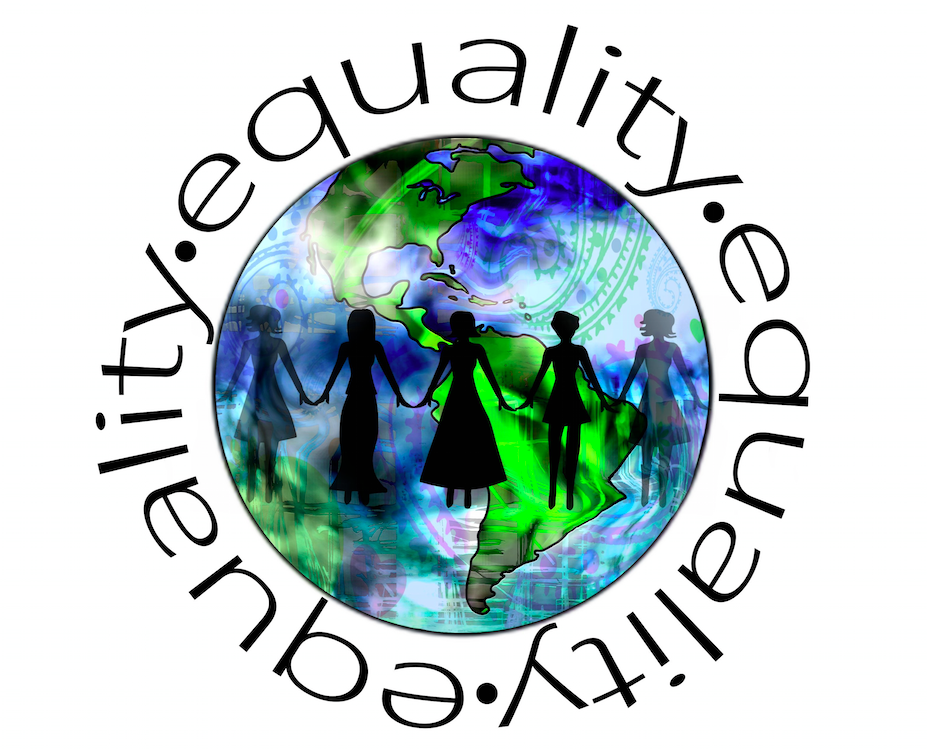 I have hope for our generation. I have hope that one day, we’ll put down our phones, we’ll turn off Netflix, and we’ll do something incredible. I have faith in us. Look at what we’ve already done: I’m only 21, and I just watched homosexual marriages become legal in 30 of the 50 states. That’s amazing. And WE did that. We’ve been raised to be so much more openminded than our parents, and even more so than their parents. As corny as it may sound, we have the power to change the world.

Our generation is the first to take steps toward ending ALL inequality. Gender inequality. Racial inequality. Inequalities that exist between people of varying sexual orientations. We’re pushing every day for that vision of complete equality that America stands for, and it’s a beautiful thing. We’re not the hopeless, technology-obsessed, selfish losers that people paint us to be. We’re an age of intelligent, strong, dedicated people who are ready to get up, take control, and do something with our world. When we were little, we were told we could do anything–and the amazing thing is, we can. Our entire future is ahead of us.

I give modern feminists a lot of crap, because I feel like most of them are pushing for women to gain what they haven’t worked to earn. But there are women out there who are working to achieve true, actual gender equality. Equality where everyone who works the same job will earn the same pay. Equality where there are NO gender-based stereotypes, where it’s okay for a woman to be a CEO and for her husband to be a stay-at-home dad. They’re working toward a future that is brighter for ALL of us. Shahla Kahn once said, “Men are not from Mars and women are not from Venus, instead we are all people. Deal with it.” Our generation is pushing for that age when we can recognize the opposite sex as a direct equal. As a person. We have the power to close the wage gap and to push to make ourselves equals, not to put men down, not to hate them for their natural male privilege, but to make ourselves equal with them. We have the power to create a level playing field across all the spectrums of life. We have the power to create equal pay for equal work, to create homes where we don’t get scared if our sons would rather play with dolls than trucks. To create a safe space for our children to grow and become whoever and whatever they’re meant to be, without putting the pressure on them to behave as a man or a woman. We have that capability.

I was walking into the movies with my boyfriend one night and a car drove by us. From the car, we heard a woman shout, “Oooh look! He got himself a white girl!” Now, that wasn’t offensive, and we laughed about it right after it happened, but it did make me think: why do people still find interracial couples surprising? Because racial inequality still exists. Because even though we’re told that all people are people regardless of skin color, there are people out there who still believe that the level of melanin in their body makes them a better person than someone else. Whether you want to acknowledge it or not, there are still girls being kept out of sororities for their skin color, and that’s not okay. But our generation could be the one to end that. Our generation could be the one to sit up and say that all people are people, regardless of the color of their skin. I’ve been avidly following the story of Raven-Symone recently. If you haven’t, let me explain: she went on national television and told people around the nation that she doesn’t think of herself as African American. Naturally, people got pissed. They took to Twitter to whine about how she doesn’t think of herself as black and she’s a bad person and she doesn’t believe in equal rights or whatever, but they never took the time to listen to what she was really saying. What Raven ACTUALLY said was this: “I’m tired of being labeled. I’m an American. I’m not an African American, I’m an American. I’m an American, and that’s a colorless person. Because we’re all people; I have lots of things running through my veins.” Yes, I understand how that could be offensive. But I also understand that Raven gets what a lot of us don’t: “American” is not a race. It’s not the color of your skin. It’s a mindset. It’s a group of people who came together more than 200 years ago to do what every other power in the world said we could never do. There’s no way you can pick out one person, solely based on looks, and say, “That’s an American.” We’re a cultural melting pot. We built our lives using the blocks that other nations made. We’re a little bit of everything all rolled into one. You see, what Raven DIDN’T say was, “I’m not black.” Black is a race, white is a race, AMERICAN is not a race. We’re Americans. We’re people who set out to make a country of equals. We won’t be that amazing country of equals until we realize that we’re NOT equal now, until we stand up and tell people that we won’t stand for racism, for acts of racial violence, or for any kind of discrimination. And when we stand up and realize that, no, I’m not a white American, I’m just an American, just like black Americans are also American, we’ll be one step closer to understanding racial equality.

Our generation has the power to change the world, to create a nation that is ACTUALLY equal, instead of just one that pretends to be. We have the power to create equality between women and men, between races, for homosexuals, transgenders, bisexuals–for anyone. We’re a land that prides itself on how far we’ve come since the days of slavery, since the days when women couldn’t vote. And we use that as an excuse for why we don’t have to work for equality anymore. So, I’m calling out to my generation: let’s do something. Let’s pick the fight for total equality back up and keep fighting until we achieve that dream. We’re a generation of incredible minds, of so much potential just waiting to be unlocked. We just have to reach out and try..

[via Good Reads]
[via Think Progress]