Why Sorority Recruitment Is Horrible And Needs To Change 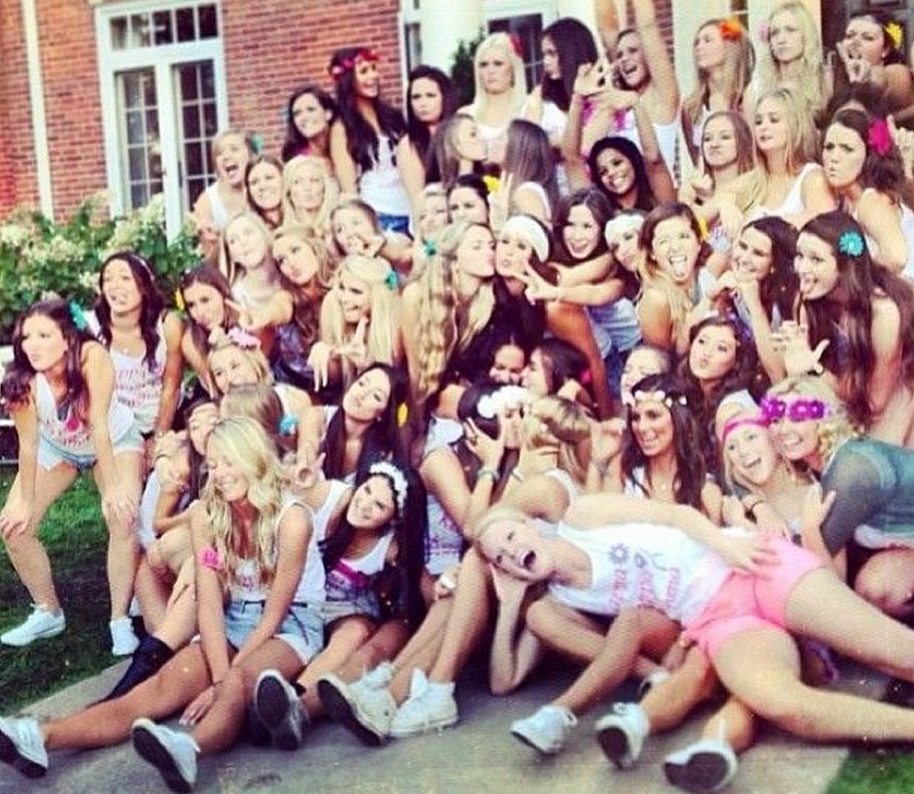 I was thrilled when I was chosen to be a recruitment counselor (we’re called Pi Chis at my school) for 2014 formal recruitment. I looked forward to being a Pi Chi for months. I anxiously awaited the final list of my PNMs, the little lambs I would shepherd though what I initially referred to as the “slightly stressful but totally worth it in the end” experience of sorority recruitment. Some women want to be a recruitment counselor to get out of recruiting for their own chapter and some want the opportunity to counsel and mentor younger women–I was excited for all of it. I was matched with two other fantastic women from different sororities to lead our group of PNMs. We were the perfect combination of different skills and personalities, and we were excited to experience recruitment from this totally different angle.

The weekend before recruitment began, after meeting all our PNMs, the other two Pi Chis and I agreed that all 32 of our girls would definitely make it though to Bid Day. After several initial Pi Chi group “dates” with our PNMs in large groups, small groups, and one-on-one settings, we knew so much about these women: their fears, their excitement, what their families were like, how they broke up with their high school boyfriends before starting college, their goals, their funny quirks. They were happy and unguarded around us. We felt confident that they would all integrate seamlessly into one of our nine, very different chapters. How very wrong we were.

Everything ran smoothly through the first round, where the only girls who dropped were the ones who decided they just didn’t want to be in a sorority. Sure, a house or two had dropped a few of our ladies, but no one was surprised or devastated. There were a few girls in our group who I really clicked with. I could see them in my chapter, so every morning when we got their party lists, I anxiously checked theirs first. I’d sat in their dorms and helped them select outfits. I’d answered midnight phone calls when homesickness struck. I wanted them to find their home and their happiness within a sorority as I had. Then, one morning further along in the week, I checked the lists to find that my house, in addition to others the girls liked, had dropped them. And I had to be the one to break the news.

I was unprepared for the horrible juxtaposition of feeling my chapter, my sisters, turn down a girl who I knew better than they did, a girl I loved almost like a little sister and had come to respect. I felt helpless and betrayed by the system. “Trust your sister” is a mantra of recruitment week. You’re supposed to trust your sisters when they say a PNM won’t fit in, and trust your sisters when they fight to keep one. But it’s really hard to trust your sisters when you’re looking into the tear-filled eyes of a young woman who can’t understand why your chapter, among others, dropped her. And you don’t understand, either. How can anyone really know someone else after a single, timed conversation? You can’t. You can tell a PNM this, but she won’t really believe it. We, as active members, see dropping girls as a privilege granted to the top-tier sororities who get to be selective. A PNM sees being dropped as an entire sorority taking a huge, rubber, “NO” stamp to her forehead. Being a part of a chapter that is rocking recruitment, that has its pick of the incoming class, and that all the women want to be asked back to is a dream come true when you’re on the inside. But from the outside, you see the horrible toll this takes on the women your chapter rejects.

I know that my chapter is made up of the most kind, funny, sincere, and caring women who, given different circumstances, would have befriended and made almost any PNM feel welcome to campus. I’m sure many of you feel the same way about your own sisters, the women who’ve become your family, who’ve shaped your life for the better. So why do we have a selection system that forces such incredible women to judge and reject other women almost arbitrarily? Why do organizations based on sisterhood pick their members in a way that destroys the confidence of so many young women? We should be encouraging and welcoming new women, not sorting them based on high school activities and 20-minute conversations, tossing many out along the way. Sorority recruitment has become a rigid, overly-structured, needlessly stressful numbers game. You can’t explain “quota” and what Nationals expects for your chapter to a PNM who can’t understand why, after what she thought was a great conversation, she wasn’t asked back. We say things like, “sometimes girls just slip through the cracks,” and “really, don’t take it personally–they don’t know you after one conversation,” but none of it matters to a young woman who feels as if she’s been told, “We don’t want you.”

I do not regret the experience of being a recruitment counselor. I am so thankful for the opportunity to have been able to be a source of comfort, a cheerleader, and a mentor to some of the new generation of college-educated women. But I cannot stand the side of sorority recruitment that I saw that week. Women are still fighting for equal rights and equal pay in this world–the very last thing college women should do is tear down new college women. We, as sorority women who claim to stand for friendship and loyalty, need to extend those very virtues we extol to all women, not just those we’ve decided will make our chapter look good. I have a new insight into sorority recruitment that I never had as a PNM who breezed through recruitment, or as an active sister who assigned numbers to other women I barely knew. There has to be a way (or ways) that we can change this process. Perhaps moving recruitment to the second semester, when first-year students have made friends, gotten a better idea of what the different chapters are like, and won’t be judged and rejected their first week in a new and confusing place is a good idea. Maybe we can find a way of creating more natural conversations between PNMs and active members so that each has a more realistic idea of the other. I know that if enough smart, dedicated sorority women sat down together, we could figure out multiple ways to make this experience vastly more positive. We must change sorority recruitment before it changes us into something even further away from our mottos, values, and creeds upon which we were built.