Why Talking Shit About Other Sororities Has To Stop 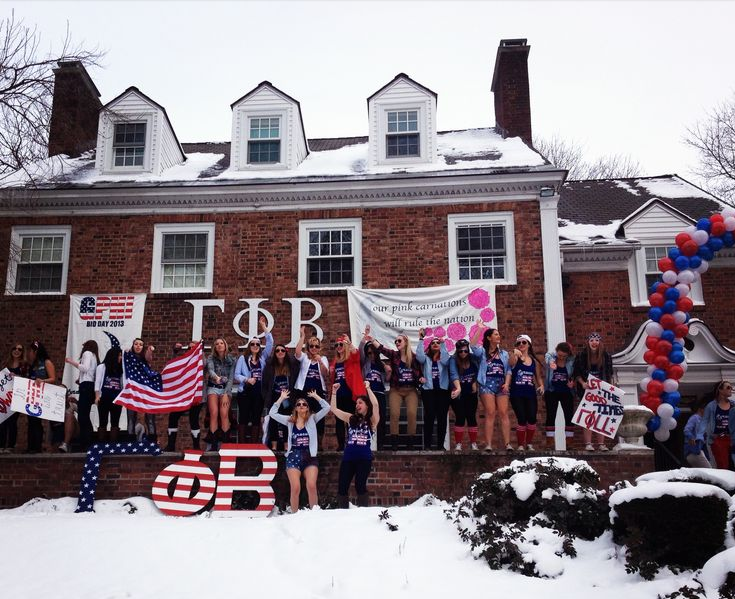 Do you remember Bid Day? Do you remember running into the arms of your new sisters and thinking that you had chosen the absolute best organization in the entire world? I certainly do. I felt (and still feel) as though I joined the world’s best sorority. But then again, don’t we all? If you ask any girl in her letters which organization is the absolute best, she’ll give you 50 reasons why it’s hers. But she could also give you reasons why every other organization on campus is awful.

Why are we doing this to each other? Why, because you joined one organization, does it mean that every other one has to suck? If you went through formal recruitment, you probably looked at more than just YOUR sorority. You saw all the good things about each organization on your campus. You met the sweet girls who were already a part of it. You may have even thought about joining a different organization. But just because you took a different path, does it make another sorority any worse than yours?

Right here and right now I’m calling for an end to sorority-shaming. I’m calling for an end to posts that say, “this sorority sucks,” or “all the members are sluts.” I’m calling for an end to telling PNMs that they shouldn’t consider an organization because of “snobby members,” when we really know we’re just telling them that so that they’ll consider our sorority instead. I’m telling girls who judge an entire sorority off of ONE girl they might not be fond of that this HAS TO STOP. At the base, all of our organizations are the same. We all value honesty, loyalty, bravery, femininity, and all the best things about being women. All the best things in us. Our organizations, at the base level, all seek to develop and grow those attributes while fostering a sense of sisterhood among the members. So what changes? Philanthropies? Mottos? Creeds? Rituals? Does that matter? Just because one called out to you more than the others, does that mean you need to hate other organizations on campus?

I’m calling out all the girls who tell themselves, “I’m better than you because of my letters.” Guess what? You’re not. You know that terribly clichéd line that’s probably been printed on at least one batch of your recruitment or Greek Week shirts? “No matter the letters, we’re all Greek together?” Well, it’s true. I’m not saying that you can’t believe that you have the best organization on your campus. Quite the contrary–if you don’t believe that, you’ll never be able to recruit. But what I am saying is that if you’re using how great your sorority is to put down the other organizations on your campus, you’re going to create strife in Greek life that is going to dissuade ANYONE who might possibly want to be a part of it. Basically, by telling yourself (and everyone else) that every other organization on your campus sucks because it’s not yours, you’re going to kill Greek life on campus altogether.

I know, a little competition in recruitment isn’t always bad. We all know that recruitment is a fight to get a limited number of girls to fall in love with your sorority in a weekend. It’s hard not to think badly of the girls who are fighting with you for the same girls. But tearing them down is going to make sorority girls as a whole look like catty, spoiled brats. It’s great if you believe you joined the best sorority in the world. Just remember that every other sorority girl out there believes it, too. Stop taking it too far. End sorority-shaming before it kills Greek life.