Last week, we told you about some sorority women who are running in today’s election. Well, apparently there is a woman in Texas who is taking a far different approach to running for elected office.

Instead of running the typical political campaign with attack ads and lawn signs, 28-year-old Mackenzie Kelly is instead using Tinder as a venue to get the word out about her run for Austin City Council. Almost as interesting as using Tinder as a campaign tool are the pictures she’s using to do it: 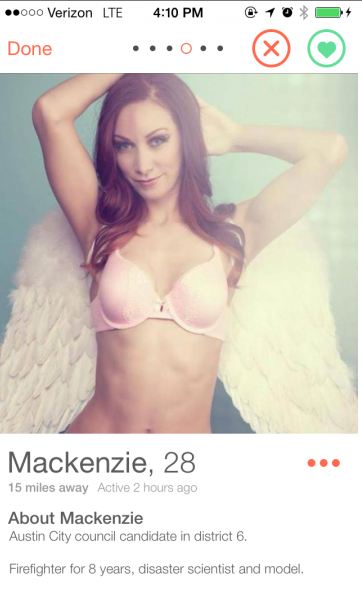 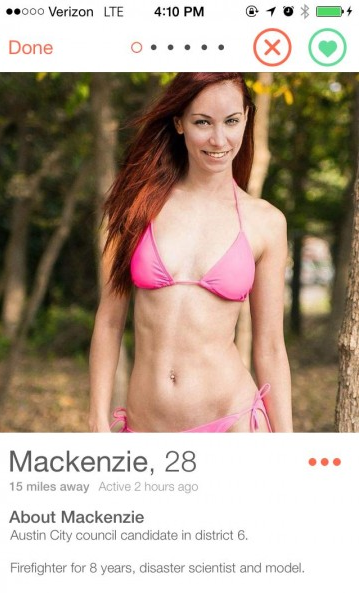 Kelly is currently a model so it makes sense that she has these pictures, but it’s a curious choice to use them for a political campaign. However, as Barstool Sports puts it, “Tweets and Facebook apps are great but the potential of sex via Tinder while learning more about reducing traffic congestion? Now THAT is a political platform for this generation.”

We’re curious to see if it works..