You Can Now Send A Real Life Eggplant To Someone Because, Sexting 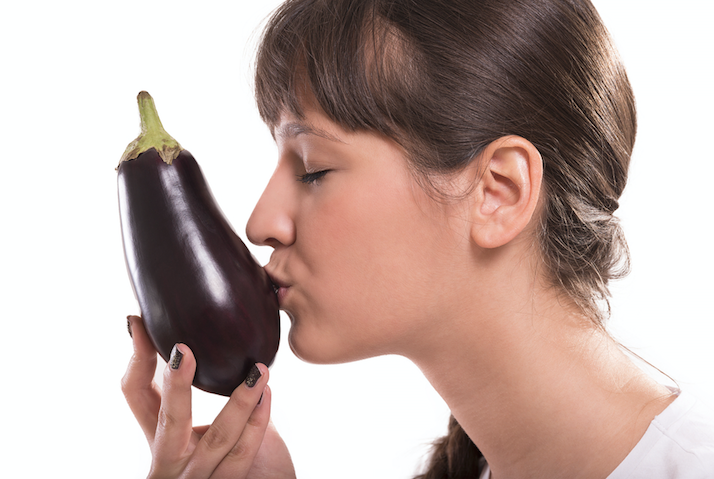 Sexting is something that comes almost as second nature to most of us nowadays. A few winky faces and the okay symbol combined with the pointing finger is all it really takes to let a guy know that you are DTF. But what if you want to take it old school, with a new school twist?

Well, one company has taken one of sexting’s most used symbols — the eggplant emoji — and combined it with the romantic-ness of getting a snail-mail love letter. Eggplant Mail is a new service that will send an eggplant with a 16-word message written on it anywhere in the world for about 10 bucks. Because, love.

Best part? It’s anonymous, so there are a million uses. You can let that guy from Friday night’s frat party know that you’re down to bone again without having to wait anxiously for a response text. You can send a creepy veggie to totally freak out that bitch from the sorority next door. Or best of all, you can let your ex know that his member doesn’t exactly compare to everyone’s favorite purple produce.

According to the company’s very basic website, the premise is simple: “Want to send someone a real life penis emoji? We will mail an anonymous eggplant, with your personal message, anywhere in the world. 100% Phallic. 100% Anonymous. 100% Disturbing.”