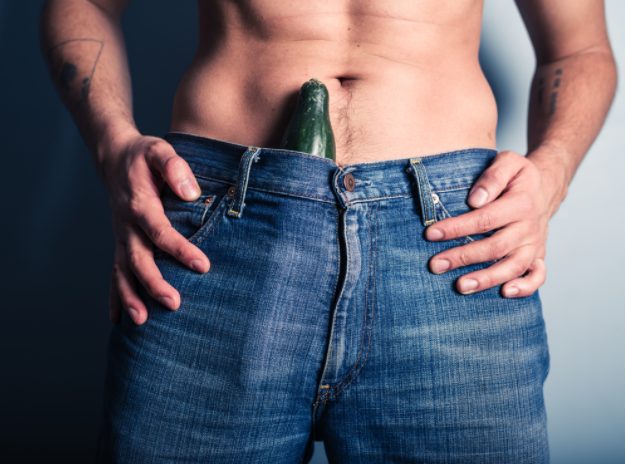 I grew up spoiled. I like to pretend I didn’t, but when I actually look at my life it’s impossible to say otherwise. I’m the baby. I’m the only girl. And between the thousands of dollars spent on dance lessons, clothes from Limited Too, and family vacations (still, no American Girl doll, though. Talk about deprived), I can’t complain. I mean, I did complain plenty because, you know, spoiled, but still. I had the life.

Privilege is a weird thing. Whether you’re white or male or a white male, it’s hard to understand just how many advantages you have. In fact, it’s almost impossible since you don’t really have a frame of reference. I didn’t realize just how great things were because those vacations and expensive competition costumes were just my life. It’s hard to appreciate how good you have it if you’ve never really had it worse.

Aggressive, right? But stay with me. One of my good friends (no, seriously. It’s a friend, it’s not me. Fuck off), has never seen a small penis. Digest that for a sec. She’s never. Seen. A small. Penis. It’s not because she’s only been with ~one man~ and it’s not because she’d ask for dick pics before the first date. She’s never seen a small penis because, for some reason, she’s just lucky. She must have picked up a four-balled dick one time and now she has dick luck wherever she goes.

But when you really look at it, maybe she wasn’t that lucky after all.

So how did this happen? How was she always graced with the Holy Grail of peen? Sure, she had a type. Tall. Big. Dumb. And let’s be real, those guys are usually packing. But out of all the guys she’s been with (and you definitely need more than a few hands to count them), she always got a 7+ incher. So, one day, when the conversations of size came up, as they do three mimosas deep at brunch, she was shocked to learn that the average was much, much smaller than her average encounters.

With the American average being about 5.1 inches (I know, I know), it’s amazing that she managed to go so long without meeting one of them. Until, of course, she met *him.* He wasn’t her usual type. He didn’t tower over her, his muscles didn’t bulge from his nipple-showing cut shirts, and he had a high enough IQ that he could actually string together interesting and coherent sentences. The problem? You guessed it. After being wined and dined (read: having six vodka sodas on their first date), she came face to head with her first average-sizer.

So, what did she do? She freaked out. She cried to all of us saying how small it was and how things could never work. In truth, he was a great guy with a normal-sized package. But, because she was used to giant men with giant dongs, she couldn’t appreciate this perfect guy with an acceptable penis. Despite our insistence that it didn’t matter and that he was great, she just couldn’t wrap her mind around the idea, and she let him go. And now? She’s still wandering around out there, searching for a guy as good as he was, with the penis to match. Will she ever find him? Who knows. But to this day, she regrets letting her almost-perfect guy walk away.

What’s the lesson here? First, don’t just date dumb guys who are all over 6’5. But also, learn to appreciate what you have, and try not to compare it to what you’ve had in the past or what better things might be out there. Whether it’s a job, looks, or a high followers-to-likes ratio on Instagram, you’re not going to appreciate all of the good without a little bad. Without a little hard work and suffering. Along the way, you might realize that there are more important things.

The truth is, there’s a world full of great guys with normal-sized schlongs. Hell, there’s a world full of really great guys with sort-of-small schlongs. If one of your most important factors in a guy is a big ole dick, who am I to stop you? But to really appreciate that big dick, and to really appreciate the man behind it, you need to kiss a few frogs. And yes, by frogs I mean small penises. You need to kiss some smaller penises. The only way you’ll ever truly value a good guy, a good penis, or a good life, is by fully understanding the other side. By fully grasping (literally) what a not-so good guy, a smaller penis, or a hard life is like.

Besides, everyone knows, the only size that matters is the size of his paycheck. I mean heart! Heart, guys! The size of his heart..