Your Guide To What Your Boyfriend Really Wants For The Holidays 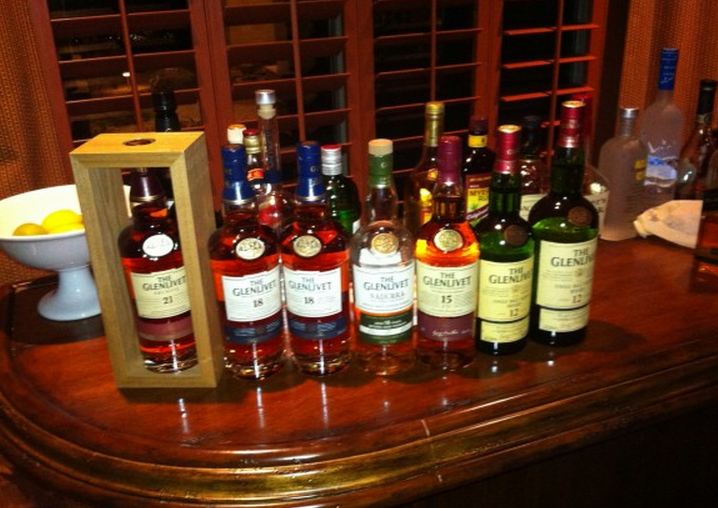 Few things are more stressful than finding a gift for a guy. They’re a rare breed in that they have no idea what they want; therefore, they provide you with absolutely zero helpful hints. Because I know how miserable it is to wander from store to store while wishing that the guy in your life loved Taylor Swift or oversized sweaters, I decided to figure out what the hell they want, once and for all. I asked a lot of different guys from a lot of different circles what they wanted for the holidays, and once I got past the expected sex jokes, I pulled together the most common gifts mentioned. I hope this helps, ladies. May the shopping odds be ever in your favor.

As annoying and frustrating as it is, most of the guys we spend time with love video games. Despite the fact that you want to smash his gaming console when he ignores your texts ONCE AGAIN because he’s shooting zombies, gifts are about making other people happy. So, if he’s a gaming guy, he’ll probably want one of the few best selling titles this year. Since I had no idea what those were, I took it upon myself to find out: “Grand Theft Auto V,” “Call of Duty: Advance Warfare,” “Far Cry 4,” and “Halo Master Chief Collection.” You’re welcome and I’m sorry.
General Cost: $50-$70

If he doesn’t already have one and he likes to act like he’s a classy, soon to be rolling in the dough gent, then a nice watch is a great gift for him. Figure out his preference (color, band type, etc.) and find something nice online or at literally any department store. If you want to be an overachiever, get something clever engraved on the inside, but not something that involves your relationship. Apparently, that’s lame.
General Cost: $50-$150

A lot of guys have a team. Find out his favorite player (just ask him–he’s dumb and will think you’re interested) and if he doesn’t already have a jersey, there. Done. Other than that, these stores sell tumblers, shot glasses, blankets, hats, shirts, towels, and even cuff links with the team’s logo on it. Pick up a few sports-related gifts and toss in his favorite candy, and you’ll totally score a touchdown or whatever.
General Cost: $20-$200

Guys get instant boners for flags. Whether it’s of his favorite team’s logo, his fraternity’s crest, a Rowdy Gentleman banner, or the always fabulous 50-starred and 13-striped American beauty, he’ll love hanging up that shit. Most likely in a very horrible and tacky location (read: right above his bed).
General Cost: $20-$40

For the most part, guys aren’t a fan of getting clothes as gifts, because they’re clothes. Remember how you felt about getting clothes instead of toys when you were, like, four? They’re still in that phase. The only exception is if you throw in a clever T-shirt with the rest of his gift. Grab something funny, fratty, and not horribly offensive to look at and feel a gush of pride every time he wears it…which will be a lot since guys wear the same three shirts over and over.
General Cost: $20-$40

Apparently this is a fratty, dumb guy thing that boys want to make them feel like they’re in “The Wolf of Wall Street.” Basically, it keeps cigars moist (sorry) and at the right level of humidity. Yeah, I thought it was dumb, too. You can buy a nice one online starting at about $30, or you can get crafty and create one. It’s really simple to make, and if you throw in a nice cigar, you’ll basically make every other girl look bad.
General Cost: $10(DIY)-$100

A mini fridge that he can use as a beer fridge will literally make him the happiest guy around. If you want to paint the outside like you would a cooler, go for it. If not, just stock up that bad boy with his favorite brews and the promise that you’ll always grab him beers during football games. Get ready to be named girlfriend of the year.
General Cost: $60-$200

Tickets To An Event

Get him tickets to a concert featuring a band he likes, to his favorite team’s next game, or to a comedy show he’s been dying to see. Not only will you seem hip, fun, and in-tune to what he likes, but you get to go on a special date that’s different from your usual pizza in bed routine.
General Cost: $60-$300

Certificate To Do Something Cool

This, like the ticket idea, is a win-win. You get to do something really fun and different as a date, and you look really cool. The top guy picks for certificates include skydiving, bungee jumping, going to a shooting range, or tickets for a weekend cruise. Bonus: if you do any of these with him, you’ll seem like the coolest girlfriend ever. (There are usually a lot of Groupons for this type of thing, so be sure to check it out).
General Cost: $130-$500

This, while possibly overused, is a classic. The most important aspect is to find his drink. If he’s a bourbon guy, get him a bottle of Maker’s 46. If he’s a tequila guy, Patron should do the trick. If he’s a vodka guy, dump him. Only bitches drink vodka. Throw in some bar equipment, such as a shaker, nice glasses, and whiskey stones, and you’re set.
General Cost: $40-$75

This is the key to getting the perfect gift. Every guy has a passion, whether it’s well known or relatively secret. Figuring out his will make you seem super insightful, caring, and understanding. Jackpot. Pay attention to what activities really make him light up and how he enjoys “decompressing,” and you’ll find the key to what he really wants.

What He Doesn’t Want

Normal Clothes: It’s just not fun.
Cologne: Because he doesn’t give a shit how he smells.
You In Lingerie: Not only is this gift actually for yourself, but it’s just an expensive step between you having clothes on and you being naked.
Sappy, Romantic Shit: Sure, if you’ve been together for a while, a picture frame is fine, but giant declarations of love can’t really hold up against virtual zombie warfare.

If all else fails, give him a blow job. Unfortunately, they all want that..