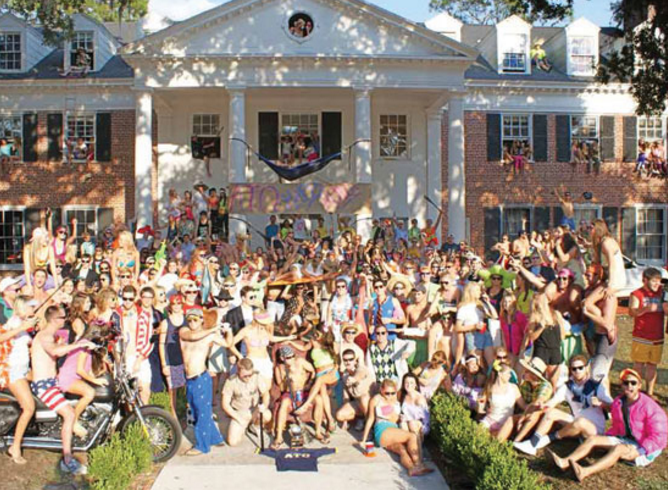 Ah, the fraternity house. We know it well. It all starts out innocently. Maybe you go to a party, meet a guy that doesn’t immediately scream “fuckboy” and get those digits. Maybe you texted him, maybe he called you, it doesn’t really matter. What matters now is that you’ve entered that unholy union known as a relationship, and yours just happens to be with a guy who lives in his fraternity house.

Sure, it has its pros, like the six bathrooms, so you never have to wait to pee. The constant pledges wandering around just waiting to refill that empty wine glass. But there are also certain things that you’re just going to have to get used to.