7 Signs You Are Definitely Getting Dumped 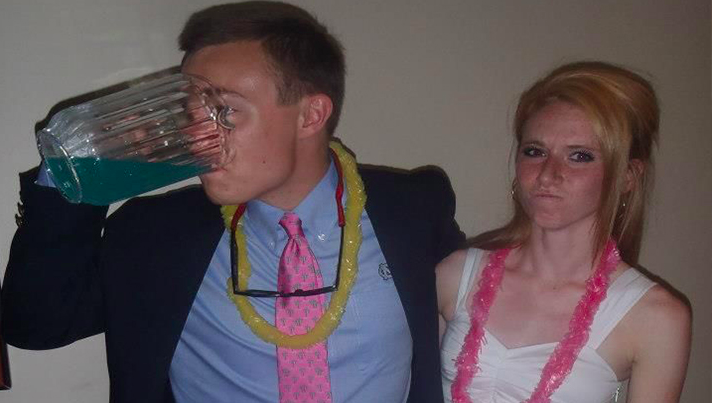 If you’re actually open and honest with your partner one hundred percent of the time, please shut off your computer and go do your taxes or something because you’re too much of an adult for this website. As for the rest of us, we are living for the games. The only problem with that is it can be pretty damn hard to figure out exactly where you stand. Is he not in the mood because he’s cheating or because he ate Chipotle twice today? Did he start going to the gym to avoid hanging out with me? Why doesn’t he understand that watching six hours of pre-game, basketball, and post-game coverage is basically the same thing as watching six hours of the Kardashians? It can be especially hard if your relationship has hit a rough patch and you aren’t sure if you should wait things out or get dumping before you get dumped. Here’s how to tell if he’s planning to make a break for it and going to break things off.

His House Mixes With Another House

He claims that he doesn’t want to and that he has absolutely no control over what houses his fraternity mixes with. But you know better. If he really loved you, he would deliver a heartfelt but stern ultimatum to his social chair so that his house was always paired with yours, no matter the situation.

He Refuses To Display The Crafts You Lovingly Made

Living with a college boyfriend can be a disaster, but the true tragedy is when your boyfriend refuses to display the canvases and paddles that you and your littles poured your hearts and souls into. To him, it might just be a poorly written Marilyn Monroe quote on a bunch of messy stripes, but to you, it’s a precious work of art. Plus, it’s way nicer than the weird tapestry that makes it seem like you living inside a grow house.

He Owns A Smartphone

Instagram, Twitter, Youtube, Snapchat, Facebook, Tinder, G-Chat. There is nothing worse for a relationship than letting your man know that extremely attractive, single women would be willing to have sex with him if he was not attached. Entering into a relationship with a man who already has a smartphone is risky, but nothing is worse than if he updates his phone while you two are dating. After all, there is a direct correlation between smartphone ownership and willingness to abandon the potential love of one’s life.

It’s not weird, you just want to know where he is and what he’s doing. That’s called “taking an interest in your partner.” So what if he doesn’t want his mother to see that he went to the bar six days in a row and hasn’t been to economics class all semester? You’d never have to worry about shitty service in bars or being unable to decipher a drunk text. If he isn’t willing to make life as convenient as possible for you, it’s time to check your relationship status.

He Watches “Game of Thrones” Without You

If you’ve ever watched any reality dating competition, you know the most important thing in a relationship is TRUST. Actively watching a show together is pretty much a guarantee that he plans to keep things up long-term because television shows can literally go on FOR YEARS. It’s such an important relationship step and if a guy is willing to breach that trust, clearly he doesn’t see the relationship making it to the next season.

He Refuses To Go Down On You While You Watch TV

As a hard-working college student with a jam-packed social schedule and two jobs, sometimes you just need to sit back and be taken to Pleasuretown while watching mindless reality TV. I don’t want to hear excuses such as “I have to go to work” or “I’m exhausted from being a full-time college student with a full-time job as well” or the ole classic “you queefed on my face and I just don’t want to.” The only thing your partner should be saying is the ABCs. If you can’t get your partner to take care of your pleasure, what’s the point?

Or maybe your partner is actually just a person. My expert opinion is that it is probably the dumping theory, though..

Everything you want in a sister, sorority or biological - funny, hardworking, pretty but not in an super obvious way. Essentially, a funnier Elle Woods who is constantly having a bad hair day. Questions, concerns, videos of dogs and coupons for Thai food can be sent to [email protected]