A Guy Opened A Door For Me, And I’m Suddenly Martha Stewart 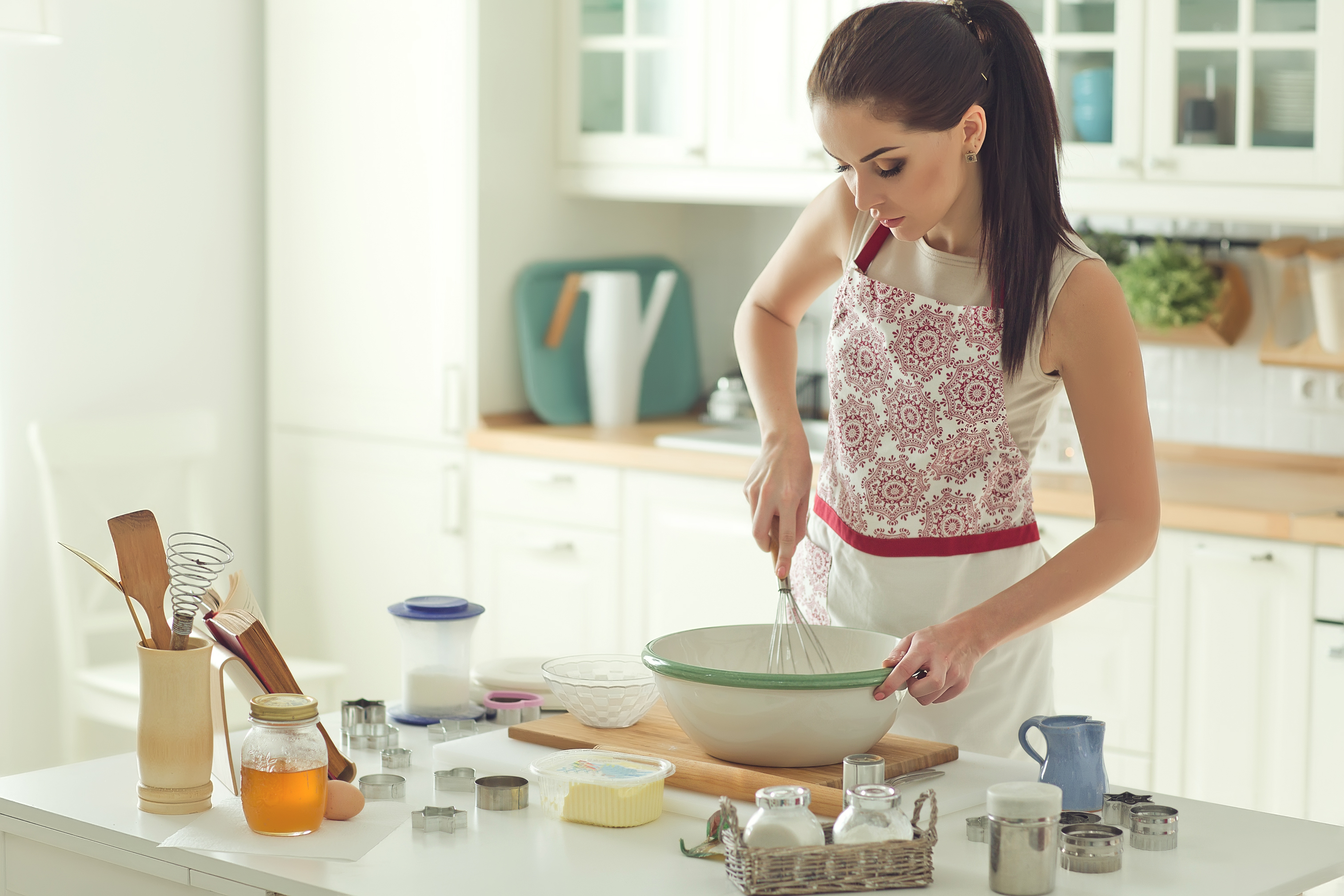 I wouldn’t quite say that I totally gave up on feminism the moment this beautiful specimen of a man came waltzing into my life. I still believe everything I’ve always believed. I want equal pay for equal work. I think a woman can do whatever the fuck she wants with whomever the fuck she wants. And I want to receive more oral sex than I give to make up for years of oppression. It’s just that this man behaves differently — more old-fashioned, more traditional — than I’m accustomed to, and I…I don’t hate it.

You see, normally I’m the type to sniff out anything I perceive as politically incorrect, and get in there like swimwear to tell you why you’re a fucking asshole — normally with a full powerpoint presentation ready to go. But with him, it’s different. Don’t get me wrong — I still shudder when he gloats about his mom staying home with him growing up, and I still roll my eyes when I hear him talk about things that are “a man’s job,” but I don’t get mad, or even annoyed. It’s a new level of respect I have for him that I don’t have with pretty much anyone else. You’re more than entitled to have your opinions of course, I’m just more than entitled to choose not to listen to your idiocracy. With him though, I actually want to listen. Like a GD psychopath.

Maybe it’s his super cute lab that I met and been plotting to steal since freshman year, or maybe it’s his incredibly muscular hands that I can’t understand why I find so sexy. Like really, really sexy. Or, honestly, maybe it’s because he actually is a nice person. So nice, that I don’t feel patronized by his old fashioned habits.

In the past, I would always fight with boys to prove my independence. Sure, standing up for me in a fight or insisting on “taking care” of me when I’m damn near sober is *probably* coming from a good place. I have a lot of respect for men who try to be gentlemen. Where I have the problem, however, is when they stop seeing their help as help, and more like they’re the only reason you’re alive. The crazy thing about living my life all the way to almost adulthood without a man by my side, is that I can continue to survive without a man by my side. Crazy.

But now suddenly that line is blurred. I don’t feel the need to assert myself when he insists on walking me the almost 3 whole blocks between our houses. In fact, I find what he does to be charming. Maybe I was just too bitchy to acknowledge these same attributes in my boys of semesters past, but this boy is sweet and considerate. It’s making me, for the first time in my entire life, appreciate chivalry.

This time last year I was refusing to let a guy pay for my dinner because I hated feeling like I was being bought for a date. Now? Well, in the last few weeks I have made cakes, pies, cookies, even sandwiches for him and his fraternity brothers just because I sincerely want to cook for him and I don’t even know why. Homeboy isn’t even my boyfriend. Do you get what I am saying here? I am in my kitchen, wearing a fucking apron, baking for a boy just because I suddenly get joy from feeling feminine.

Don’t get me wrong, I love to cook and clean. I legitimately enjoy keeping my house spotless and beautiful. Spending three hours cooking an overly extravagant meal is one of my favorite ways to spend a night. But I do all of that for me (and my snap story). Well, not anymore. I made an apple pie for him the other day. I don’t even like apple pie. I ate none of it.

Of course, my grandma is ecstatic. During our weekly phone call, I let slip that I was embracing a new feminine aesthetic, obviously not mentioning the boy. She said something along the lines of “there’s hope for you.” I love my grandma, and I truly believe she wants what is best for me, but her support is usually along the lines of “you’re capable of having an amazing career- which will make it so much easier to find a good husband.” In normal years, I am 21 years old and just beginning my life. But through my grandma’s eyes, I’m about two years away from being barren.

After a lifetime of being scolded for being too bossy for boys to like, I finally am able to hold my tongue. Not because I’m scared of being too opinionated, but because I am respectful of his upbringing and opinions. Even if they’re wrong. Kind of. And maybe, when we stop talking, I’ll look back at this part of my life in shame. You know, like my scene phase. Or weed phase. Or v unfortunate bare nails phase. Yet I can’t help but wonder if maybe it’s not a phase and I’m going to be the next Martha Stewart. Either way, after this life-changing experience I have learned something important about myself. I think I have a hand fetish. Seriously, I’m not sure if it’s the tan or the callouses but I am weirdly obsessed with his hands. Is that…. normal?.