After Amazing Golden Globes Speech, Oprah May Actually Be The Next President 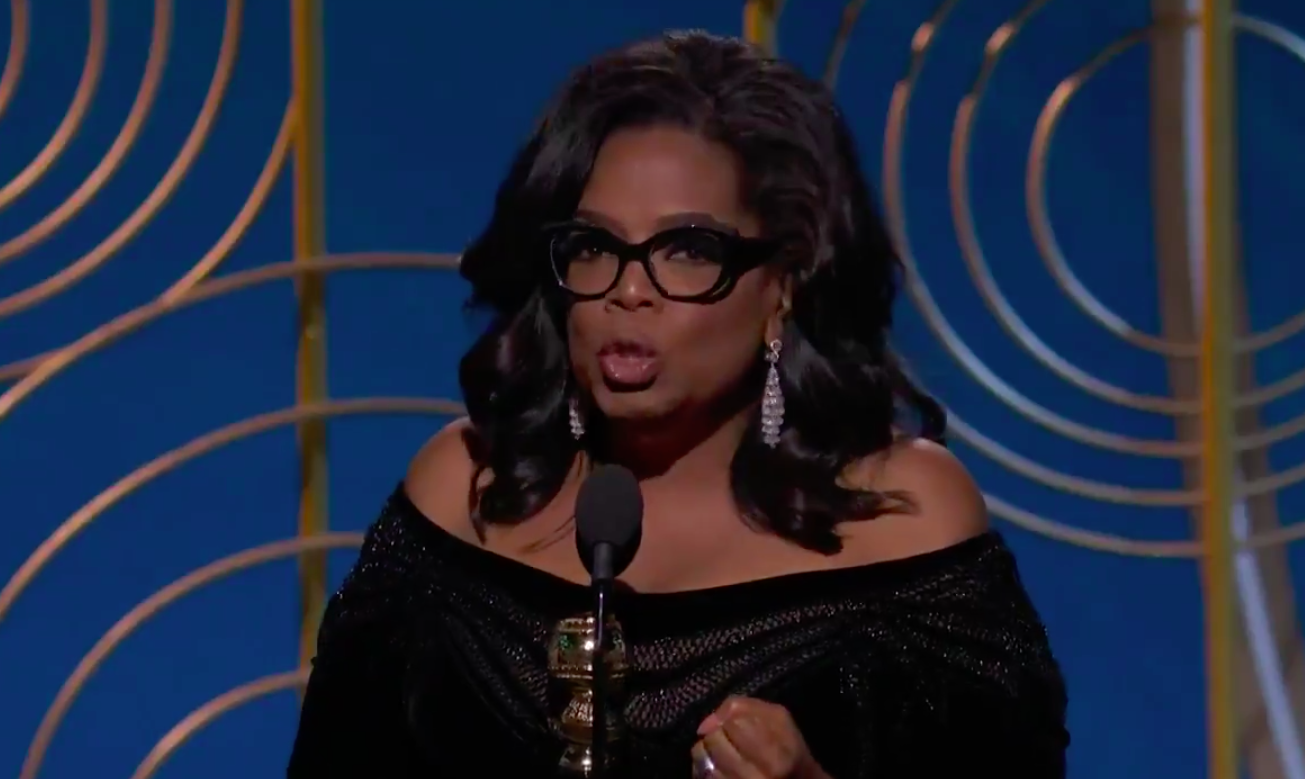 If we learned anything this past election, it’s that anyone can run, and more importantly, become President of the United States.

#Oprah's full speech at the #GoldenGlobes gives us hope that a new day is on the horizon & that we can all be better & honor those that paved the way for us. #TimesUppic.twitter.com/Ut2r4XvNTF

Seemingly everyone jumped to the conclusion that the talk show host wanted to run in the next election. However, what started as simple speculation, became real when her long time partner, Stedman Graham confirmed the idea. He told the Los Angeles Times that “It’s up to the people. She would absolutely do it.”

While Oprah has yet to confirm, or deny, the rumors, IMAGINE how she would do as the President. Would she give out cars during her speeches? Or free health care?

Famous friends, such as Meryl Streep, have been quick to endorse Winfrey in the White House, with Streep telling the Washington Post “She launched a rocket tonight. I want her to run for president. I don’t think she had any intention [of declaring]. But now she doesn’t have a choice.”

As with anything that has to do with politics, critics have already started to type in all-caps, pointing out the irony that many of the people who were upset that Donald Trump had no previous political experience are now the ones supporting yet another television host.

With celebrities like Dwayne “The Rock” Johnson, Kanye West, Chris Rock and Katy Perry all suggesting, and, in some cases, outright saying, that they are interested in becoming the next POTUS, this might be the new reality of American politics. At this point, they might as well turn the presidential race into a star-studded competition show. Races from the Oval Office to the kitchen? Competitions to see who can put together the most elaborate candidate speech in under two hours? Measure who’s capable of not offending everyone on Twitter for the longest period of time? I think I just wrote the next big thing on television.

Now the only question is — will she bring Gale in as the Vice President?.