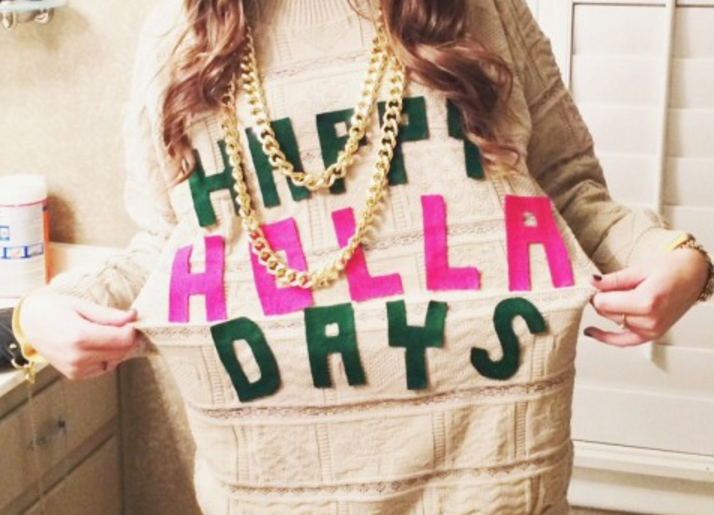 First of all, literally no one in the history of womanhood have ever actually enjoyed their period. I don’t care if it’s one of the “beauties of womanhood.” The only true beauties of womanhood are cleavage and how they can be used to manipulate men. Periods are inconvenient, painful, and a GD landmine during the summer months.

There really is nothing worse than having that time of the month May-September. Besides the obvious hardships, such as a rogue tampon string or ~leakage,~ you also have to deal with being bloated in a bikini. Or, as I like to reference it, fucking hell. There’s nothing worse than already having to get over your insecurities of showing off 98% of your body. But when you add in being emotional from your hormones and seven shots tequila, well, you never really stood a chance.

As the proud owner of a vagina, I am calling on all scientists, general nerds, and Santa to help put an end to this torture. Once again, I wish to feel the freedom of the sun on my face, drinking out of sunscreen bottles on the beach, and not have to worry about keeping up with my cycle. If you ask me, period-less summer are the only true way to make America great again.

I never again want to experience the judgment and humiliation of being the only person who isn’t down to go impromptu skinny dipping. How do I say to the boy whose name I don’t technically know, but I have a major crush on, that my clothes don’t mean I’m a prude, just that mother nature is total bitch. Even if I were able to find the words to make him understand, it was too late. His boner was already following Megan’s bare ass into the waves.

It just doesn’t make sense. I feel like the technology is already there, it’s just being appropriately applied. You have five months to figure this flow shit out, Jolly Man, or we revolt..