All I Want In Life Is To Live Without Roommates 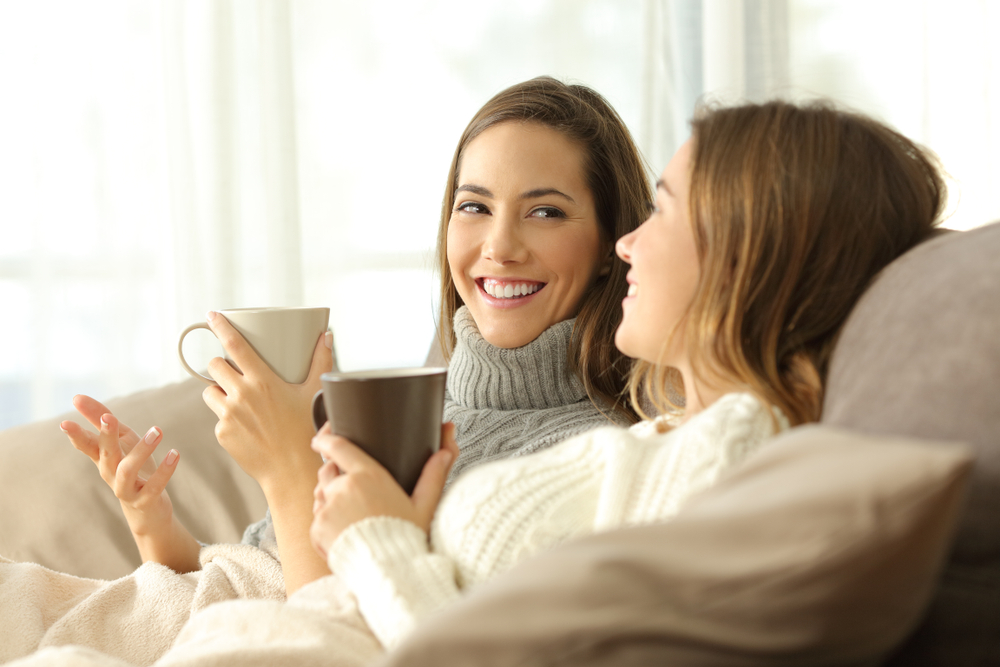 I waste a lot of money on unnecessary things: clothes from Forever 21 that I’ll forget about after three wears, overpriced drinks that I’m only really buying to put on my Instagram story, and take-out salads that would cost me a fraction of the price to make if I wasn’t so GD lazy. You might be wondering why I’ve taken the time to reevaluate my college aged budget at 2am, the night before my exam. Well, it’s because I’ve determined the one thing that I want more than anything else in life: to live without roommates.

I’m willing to give up almost everything for the ability to come home to a fridge full of food that hasn’t been stolen, and to not fall asleep to the sound of someone having sloppy sex, for the third night in a row. I would give up my Louis Vuitton to walk into a kitchen that isn’t full of someone else’s dirty dishes, and swear to never Uber Eats a simple salad again so that I can avoid ever seeing, touching or think about the used tissues that my roommate leaves around the house.

Now, after four years of actually never having a spare moment to myself, living through every single roommate horror story that you can possibly think of, there’s always the fear that I might get lonely. Sure, I’ve had roommates who have stole, moved their significant others in, gave our house key to strangers, and set the house on fire. But, at some point or another, I have been friends with most of these assholes. For every time that they’ve “accidentally” ate my ice cream out of the freezer, they’ve been there for when I’ve, lets be honest, been bored and wanted someone to entertain me.

I’ll admit, the thought of having so much alone time, for the first time in my life, is terrifying. But, so is the idea that one of numerous sketchy hookups my roommate brings home from dive bars on a daily basis might slit all of our throats in the middle of the night. So is the thought of having no one else to blame for every issue, and imperfection in the house. While I’m not claiming to be perfect, the thought that I might not actually be clean and considerate, just simply clean and considerate in comparison to the pigs that I live with, is something that has crossed my mind on more than one occasion. Living alone will undoubtedly create the feeling of actually being an adult. There would be literally no excuse to live like a college student anymore; facing the harsh reality that empty alcohol bottles are not “decorations,” and passing out on the couch a few nights a week isn’t “normal.”

Maybe I’m coming across too harshly. There has obviously been some good times; many concentrated around the time whenever someone moved in, when people are still interesting, and cautious about their behaviour around one another. There have been nights of good conversation, common interests found, and spontaneous bar nights. However, mixed in has been inconsiderate actions that have taken a toll on my life outside of the roommate bubble. See, on those days where you can’t be “relaxed” about the TV being too loud, or the spontaneous weekend guests, are when issues start to arise. You share a house with your roommates, but not a life. Frankly, they don’t care if their habits kept you awake the night before an exam; since, in their mind, watching one last episode of Game of Thrones (on full volume) is more pertinent to their life than your need to get an A.

Bongs (not mine!) have been left on the counter the day I said my parents were coming to visit. Exam grades have been lowered because of noisy, unwanted, houseguests. Food I was looking forward to eating after a long day has been ransacked, and followed up with a “I didn’t think you would mind” shrug.

It’s honestly not that the people I have lived with are innately terrible people. Sure, they leave their food waste up for days, and steal everything that I haven’t literally put under lock and key. Before I lived so close to them that I could hear their every breath and orgasm, I liked them. It’s true that some people are considerably better friends than they are roommates. Its likely that anyone from your best friend to the cool girl in your yoga class, might be the shitty roommate who never washes their dishes in their own living situation.

All I want in life is to not know how my friends live, eat, clean and have sex. I would say that it’s not you, it’s me — but you really are a shitty roommate. So, can we just be friends?.