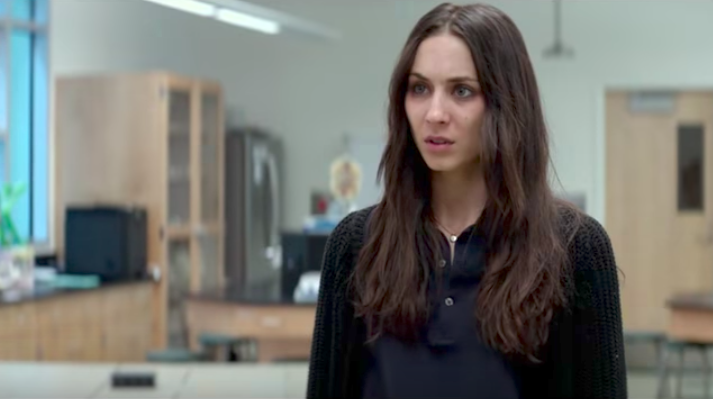 It took me a long time to talk about my eating disorder. Six years, to be exact. At first, I was scared. I didn’t want people to think I was weak. I didn’t want people to learn that their suspicions about me were true. Then, I was ashamed. Why did I do that? How could I let that illness, that mindset, that life take over me? It took a while, a very long while, to finally be able to see something else. Strength. Stamina. A story.

I’m not alone in this. In the United States alone, 20 million women suffer from eating disorders at some point in their lives. Troian Bellisario, who played Spencer Hastings on “Pretty Little Liars,” is one of them. She recently spoke out about her life with an eating disorder, and her plans to tell her tale.

SO EXCITED! @entertainmentweekly just posted the trailer for #FeedtheMovie on their website! I'm so proud to share this story with you. So grateful to my best friend and artistic partner in crime @docdanger for directing it, to @t22felton for playing my other half, Matt for the insanely talented work of @igorkropotov who made it look so beautiful and everyone who worked so hard to make this dream a reality. A huge thank you as well to the incredibly talented @witchoria for making us a beautiful piece of art for a poster! Check out the trailer in my bio!

Not only is she starring in the upcoming movie, “Feed,” but she also wrote it based loosely around her own eating disorder. She spoke with Interview Magazine about what her journey has been like to go from “PLL” to the writer and star of a very powerful film.

I felt like there was a story in me that hadn’t been told, and it was a very personal story and it came from a point in my life when I felt like I had experienced something and, still to this day, I couldn’t get anyone — even the people who loved me the most, even my boyfriend or my mother or my father — to understand what that experience was truly like for me.

I think it really stems from my parents telling me that if there is a story you feel compelled to share, then you are responsible for doing that. You can’t ask someone else to take on that story — or you can, but you have to deal with whatever the fallout is. If the story doesn’t end up being told the way you originally heard it or that you feel it needs to be expressed, that’s on you.

She goes on to discuss what it’s actually like to have an eating disorder. From the control to the fear your friends and family have, it’s something way too many people can passionately relate to.

It was about my eating disorder, and I found there were so many people who thought that it was about losing weight or being skinny, and I couldn’t quite get them to understand that it was about control on a very, very literal level. So I thought, ‘If I can tell a story that puts the audience in a position to make a similar choice to the one that I made in my young life, maybe I could get them to empathize.’

While she knows it can be scary to speak out about your struggles, that’s what makes people feel less alone. We all go through hardships, but together, we can make each other realize that no matter how hard things are, there are other people out there who understand.

They [my parents] were all very afraid, which I totally understand. They’d been through hell watching me and feeling powerless themselves. And here I was saying, ‘Hey guys, I know that I’ve gone through a lot of therapy and a lot of heartbreak to make myself strong enough to live without this thing, but I’m actually going to make a movie where I go back and engage with it fully.’ It was not easy; it was like engaging with an addiction.

One of the things I really wanted the film to explore was that once you have this relationship, once you have this mental illness or this disease, it never really goes away. Your synapses are wired in a way that you will always feel this compulsion, but as you grow older and create a healthier life and go through lots of therapy, you tend to feel more empowered when it comes to making these choices.

The movie also stars Tom Felton (Malfoy, from “Happy Potter” you muggles) and is set to be released on July 18. With “PLL” scheduled to end at the end of June, fans will be relieved to know that this isn’t the last they’ll be seeing of Troian, or of Spencer’s smart wit and wisdom..