An Ode To The Orgasm That Got Away 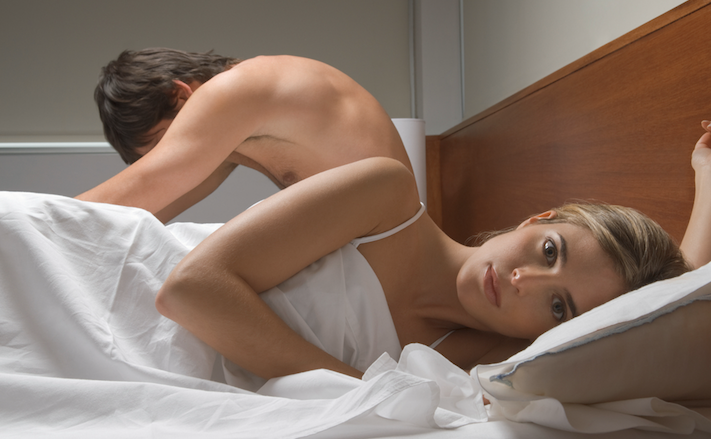 I thought about you again last night, when I was in bed with Josh. Things had gotten pretty ~steamy~ after we finished off the bottle of Burnett’s I had stashed in my bag and popped open his Two Buck Chuck. We sipped the wine out of solo cups and fired innuendo-filled sentences at each other as we sat on the floor — scooching closer after every sip. Josh was cute, even if he was shorter than I liked and kept breathing through his mouth. I met him at Library two days before the semester ended and we had been texting each other constantly. Our Snapchat streak was reaching a record level, and it only made sense that we should meet over the summer. When my slutty friend from high school managed to score her parent’s beach condo for a weekend, I knew that the party she was bound to throw would be the perfect chance to get some alone time with Josh.

But if I’m being honest, it wasn’t Josh I wanted. It was you.

I think about you a lot. I’m not sure if that’s bad or good. I guess it doesn’t really matter. What matters is that, no matter how hard I try, I can never truly understand you. I never understand how to get you. Sure, when I’m alone you’re more than happy to come to my side. You want all of the attention. You want it to just be us, together.

But it can’t be like that. That’s not how it works. That’s not how the songs, or the movies, or the romance novels go. I can’t be okay with a relationship that’s so controlling. That’s so one-sided. I need something that will be there for me no matter who else is there. I need you to be strong enough that you’ll come to my side no matter what.

Because the truth is, a girl and her orgasm don’t walk into the sunset together, holding hands and smiling.

The thing is, however, that’s not how you like to play it. At least, not with me. And the most frustrating part is that no matter which girl you’re with, you treat her differently. You play different games with her head so we can never figure out your secret. Some of my friends can only have you when they’re with other people, like you’re too shy to just be in their presence. Other friends? You never visit at all. You tell them you’re going to see them, tell them you’re going to come over, and then, just as you get to their door, you turn around and leave. No explination. No excuses. You’re just…gone.

I thought maybe Josh would be different, though. The confidence he gave off made it seem like maybe, possibly, he knew you. That he had introduced other girls to you before. It might be wrong, that the sole purpose of me inviting Josh to that seedy party and getting wasted on freshman-grade alchool was to actually be with you. I didn’t care. That’s how desperate I was to be with you. That’s how desperate I was for a guy, any guy, to be the one who brought you into my life. And if I’m being totally honest, Josh kept yelling out the wrong name, so I don’t think he was there for the right reasons either. My name is Rachel. Not Roxy.

But it didn’t matter. It didn’t matter that Josh might actually have not known my name or that people kept banging on the door because they wanted to do drugs in the connected bathroom. Because after all of it, the years of searching for you, the years of trying to figure out how to win you over via weird internet searching, I almost had you. I could feel it deep, like reallyyyyyy deep, in my soul.

There we were, Josh laying down on the bed and me laying right on top of him. At first, it felt as it always did. Fine, but just fine. Distracting enough to where I couldn’t recite Shakespeare in my head but not distracting enough to where I, too, thought my name was Roxy. Back and forth, back and forth. I kept telling myself that another minute you would get there. Back and forth, back and forth. Just another minute. I’ve told myself this so many times, only to roll over, disappointed and lonely when you don’t show up.

But Josh? He was well endowned. Despite his lack of height, he had the tools and the knowlege to get it done. The knowledge to make you come. And I felt you. For a mintute, I felt your presence. We were doing what I always did to try to make you visit me. Back and forth, back and forth. But this time, I knew you were paying attention. I knew you were at the door, gazing in. I reached out to you — did you see me? I beconed you with everything inside of me. I waved my hand, moving it in every direction, hoping that would help.

Just as I was ready to call out to you, just as I was ready to grab you, you stopped. You stood perfectly still, gazed into my eyes and said, “I’m sorry.” Except you weren’t sorry, were you? You turned around and walked out, almost as quickly as you had come in. I heard my name being called far away as Josh finally met up with you.

I rolled off of him and tried to collect my thoughts. You were so close. You were right there. And for some reason, like always, you got scared and left. Maybe it’s my fault, maybe it’s not. But I’m done trying to do things the “right” way. I’m done feeling like a failure if you won’t come to me in the tradional sense. I’m lucky that I get you at all, so why should I make you, make *US*, feel bad about how we can be together?

I turned towards Josh, debating whether to lie or not. Maybe it was time to fess up to the fact that you’re shy. That it takes skill, a skill only I have, to get you to come to me. Maybe it’s time I just fucking accept it.