Are Facebook Memories Good For Anything Besides Reminding Me How Young And Hot I Used To Be, LMK 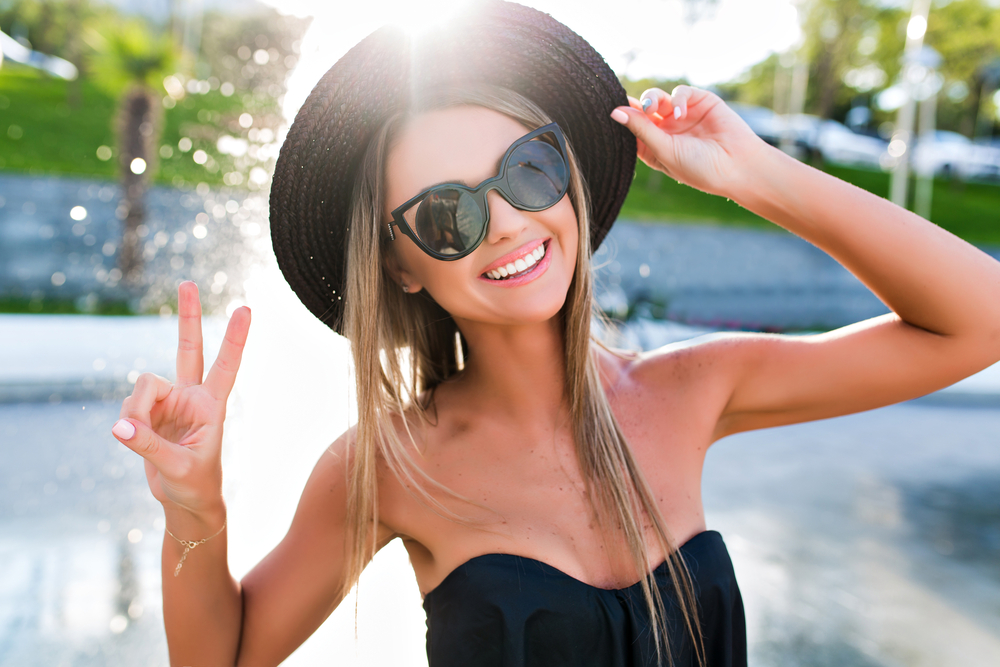 I was in the car with my guy roommates, absentmindedly playing on my phone to avoid whatever bro talk that was occurring around me. Call me selfish, but after devouring a pizza by myself last night while drunk, I really wasn’t in the mood to listen to them talk about how hot some other girl was. My phone pinged with a Facebook notification, instead of it being an actual friend wanting to interact with me, it was the app, giving me a pleasant reminder of what exciting things I did “on this day” years ago; when I wasn’t old, lame and stressed about graduation and seemingly everything under the sun.

A photo of me and my freshman roommate popped up on my screen. The two of us had the ultimate Elle Woods moment after getting too ahead of ourselves and our Halloween spirit, and showed up to a party happening a week before the big event dressed up in identical bunny costumes. You can tell from the photo that I’m beaming, mainly due to an excessive amount of vodka and undoubtedly being the center of attention the entire night.

Maybe it was the loud rap music playing in the car that was hindering my ability to make rational decisions, but I decided to share the photo, accompanied by a fairly witty caption. I threw my phone into my purse, and completely forgot about the entire thing, until I went to check it an hour later.

“Omgggg you look so hot,” one of my friends commented.

I looked at the like section – more guys than girls had like the photo, a rarity for someone with 60 sisters who might as well have “thou shall always like everyone else’s photos” written into the bylaws. Not only had my crush liked it, but so had seemingly every guy that I had drunk texted and ate a pint of ice cream over. I was beaming – until I remembered that the photo was three years old.

The photo still obviously looked like me, and I wasn’t using it to catfish anyone; since “three years ago” was clearly the header, serving as a reminder that I may not be this fun anymore to everyone who saw. But I did look different. Not only had I cut my hair from the long, “hold my hair as I puke in this club’s toilet” look I was sporting as a freshman to more of an “adult” lob, but I was no stranger to the freshman 15, and certainly a stranger to wearing dresses that showed my ass cheeks these past few years.

The picture stood out against the rest of my Facebook feed which was beginning to seem like more of a LinkedIn page than something that I used to document every night I went clubbing. It’s not that I’m necessarily “not fun” anymore. I simply enjoy sitting at a bar, How I Met Your Mother style — with friends, commiserating over our shared alcoholism — than grinding on some sweaty guy who more than likely has a girlfriend, and an STI at the club. I think that tight pair of jeans is a better way to show off your ass than literally just showing it, and there are a million things I would rather do than spend two hours curling my butt-length hair.

These all sound like very reasonable, justifiable things to me now which made me realize that current-me is the “old loser” that picture-me would have probably made fun of for even leaving the house. I remember stumbling through the bar as a freshman, pointing out a group of senior girls sitting at a bar, probably in jeans, wondering (out loud) why they even bothered coming out if they weren’t going to “have fun,” and, more importantly, why there were hot guys sitting with them. Now, as that senior, I death glare the girls who look like they spent more time self-tanning than they did on their research essay who are stumbling around the bar, looking for a senior guy who definitely won’t text them the next day.

I panicked. Maybe all of the people who were commenting and liking my photo preferred “fun” me to “current” me. Each like that rolled in was a painful reminder:

You’re not that skinny anymore.

You’re not that fun anymore.

You can’t drink that much vodka without getting a hangover anymore.

Sure, I may no longer be a constant concern to my parents anymore, and I (probably) have more job opportunities now than club promotor, but in the end, does it really matter? Freshman me got attention, and isn’t that what makes my world go round?

I’m joking… sort of. Obviously I’m much happier being on the road to success rather than on the road to some guy who bought me three cheap vodka shots’ house. But, I’m also not above sucking in my stomach and putting on the bunny costume and some extensions if it’s what it takes to be “cool” again..