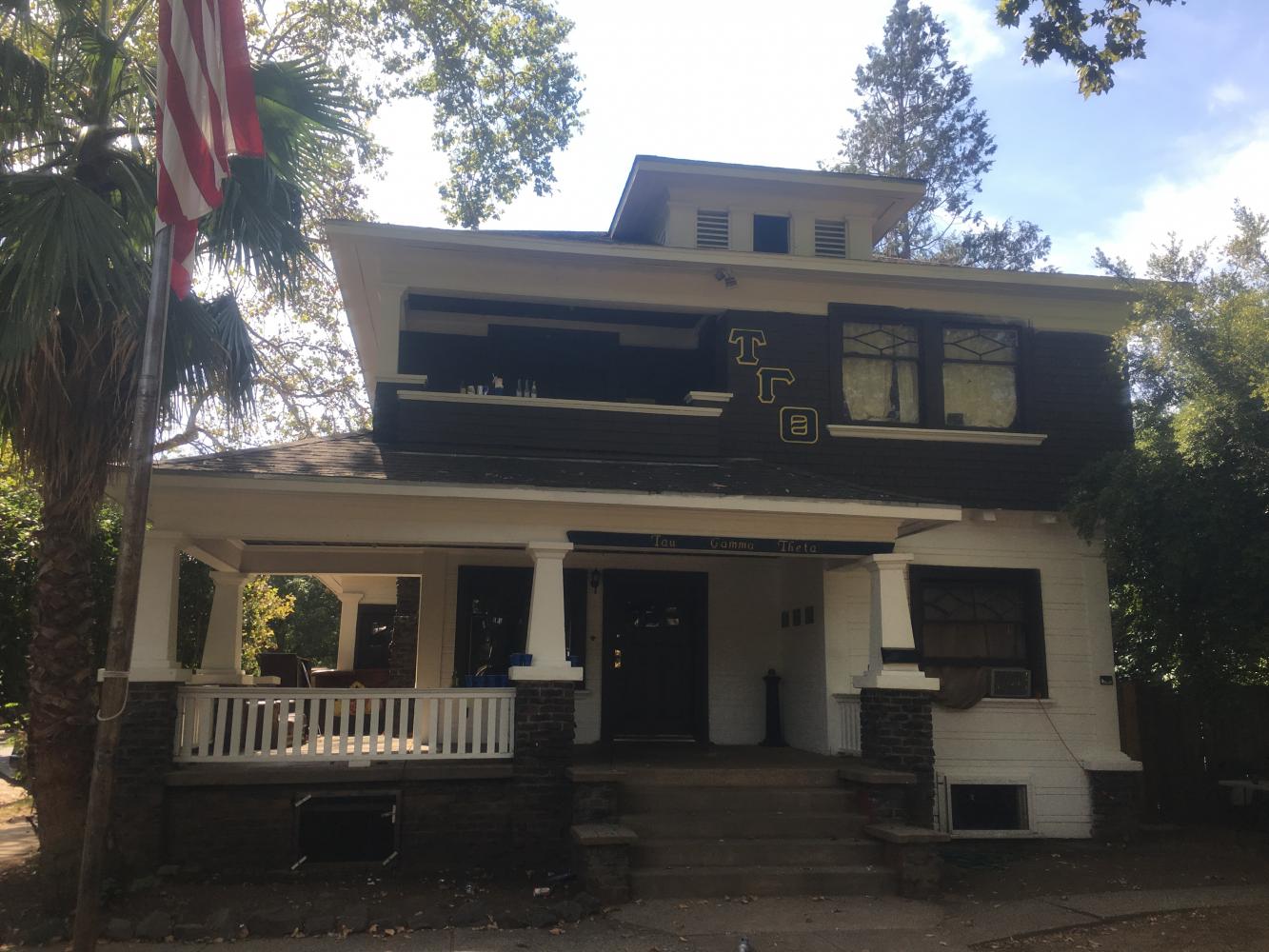 I’m willing to bet each and every one of y’all had a crazy labor day weekend. Nothing says “America” like some good old fashioned day drinking, BBQing, and getting the day off from school. That is, of course, until you add in some firearm use. I’m not going to lie, I love shooting. It’s not uncommon for some of us to go to a friend’s ranch, drink a little whiskey, and shoot clays. And while yes, maybe that’s not the *safest* activity, at least we keep to registered guns and private property. We do not, for instance, fucking shoot up a fraternity house because we couldn’t get in. Not cool guys, not cool.

According to Chico State’s newspaper, The Orion, this exact thing happened outside Tau Gamma Theta’s fraternity house when a couple of out-of-towners were denied entry into their Labor Day Party. Anyone who attends a school that doesn’t suck is brutally aware of the influx of non-students that swarm your school during big party weekends. These people suck. It’s typically the kids that “don’t even go here” that end up causing the riots, set shit on fire, and create a need for a city-wide crackdown year after year.

Seriously, if it weren’t for them there probably wouldn’t be a doubled police force and glass bottle ban. Why? Because the people that attend the college they are partying at respect their college, their town, and the people who also live there. The out-of-towners are, for lack of a better word, total cunts.

To try and avoid any problems at their party, the Chico State Tau Gamma Theta Fraternity required all party goers to provide their student IDs in order to gain entrance. So when the small group of trouble makers didn’t have any, they were turned away at the door. Personally, I have never been denied entry to a party, just like I am sure most tit owners have not. But hypothetically, if I were denied, I would probably be pissed but walk away. What’s the point of arguing your way in?

I would not, for example, pull a gun on the guys who live in the house, threaten them, and then follow through with the threat. Unfortunately, these guys handled the rejection a little differently than a normal, sane person. So now, because of their actions, a poor kid has a bullet hole in his leg and an entire party was scared shitless.

The ultimate problem I have with this is that the people who did it will never fully understand why what they did was so terrible. The victim is probably going to be okay, but he will have to live with the fear of getting shot at simply for protecting his house for the rest of his life. The other brothers are going to have to discuss ways to handle this situation if it were to ever happen again. The poor freshmen in attendance, for some this may have even been their first fraternity party, are going to forever have a negative outlook on college life, their safety, and maybe even the Greek system. Some of their parents who have heard the news are probably freaking the fuck out wondering if they sent their beloved children to a death trap. The locals who are trying to live their adult lives are going to worry about their children. And the students who wanted nothing more than to have a fun, safe weekend are going to suffer the repercussions. Do you really think the police aren’t going to make stricter rules to combat this in the future?

But the people who create these problems? They get to leave. They get to do things like destroy houses and create chaos, then go back to their lives in a different town where their actions no longer affect them. That, to me, is a fucking joke. Personally I believe that if you’re the one creating a mess, you should be the one to clean it up.

Here’s to hoping that those involved are found and held accountable for their actions. We also wish a speedy recovery to the victim. Stay safe, kids..