Bachelor In Paradise Filming Stopped After Things Got A Little Porny 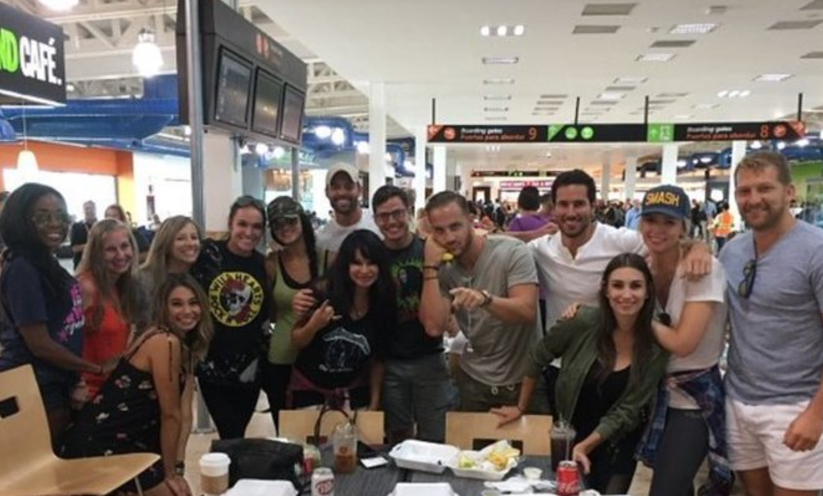 Were you counting down the days until you could vicariously live through other people’s exciting love lives and extravagant vacations? Since neither seem to be in the books for me this summer, I had been excited to watch the upcoming season of Bachelor in Paradise. However, the tv show that will inevitably inspire some daydreams of drinking on the beaches of Sayulita, Mexico, and getting down with some of the notable, swoon-worthy Bachelor-alumn in the sand (joking, beach sex is the worst) might not actually air.

It is reported that all production has been suspended and filming has been stopped indefinitely for the fourth season of Bachelor in Paradise due to allegations of misconduct. Warner Brother executives explained that they made this decision after being notified of the misconduct that had been occurring.

Reality Steve reported that the cast of BiP has been flown to Houston, Texas. According to the blogger, the incident involves Corinne Olympios, the “villain” and fourth-place winner of Nick’s season, and DeMario Jackson, the contestant whose girlfriend showed up during the filming of this season’s Bachelorette, subsequently causing Rachel to send him home.

A fan snapped a pic of the cast at the airport, and Olmpios and DeMario were both notably missing.

Some spoilers for this season’s Bachelorette in the photo below

Here's most of the cast at the airport an hour ago. Being told they're being flown to Houston. Still don't know what's going on pic.twitter.com/eNgGp0tyZ1

After the suspension was leaked last night, but details had not been confirmed, DeMario decided to get cozy with the press and spill the tea. Who would have ever thought that a Bachelor contestant would want more media attention? According to DeMario, producers shut down filming after he and Olympios engaged in sexual activity in the pool.

The villain from this season’s Bachelorette explained that he was told by producers that he would be hooking up with Olympios during filming this week, and that they would be one of the storylines of the episode (giving us some insight into how staged the filming might be). The two met at a bar, where, in usual Bachelor Nation style, there was no stop to the endless stream of alcohol. From what we saw during Nick’s Bachelor season, Olympios isn’t shy when it comes to her sexuality and “platinum vagine.” According to DeMario’s reports, at the bar she jumped onto his lap at the bar, “where there was lots of intense rubbing.”

DeMario claims that the next day, after their pool “date,” he and Olympios were getting along well, and completely fine with each other. However, an Executive Producer explains that the show producer had felt “uncomfortable” with what was filmed and had launched a formal complaint with Warner Brothers about the “misconduct.”

There are other versions of events that differ from DeMario’s timeline and story. Considering it is still unclear whether or not he actually had a girlfriend while “dating” Bachelorette Rachel, its safe to assume that he might not be the most reliable source when it comes to reporting details on his own love life.

Now of course, these two certainly aren’t the first couple to have a steamy hookup during the filming of BiP, however, they may be the first to use the production equipment to produce a homemade film. Bachelor Nation is no stranger to sex, but they’ve always drawn the line when it comes actually filming inside the Fantasy Suites. C’mon guys, they’re trying to keep the show classy.

There’s no word yet on what will happen to DeMario and Olympios, as well as the rest of the cast and the continuation of filming. But, whats the start of any Bachelor Nation season without a bit of drama and gossip?.