Basically, Everyone Is Having Threesomes 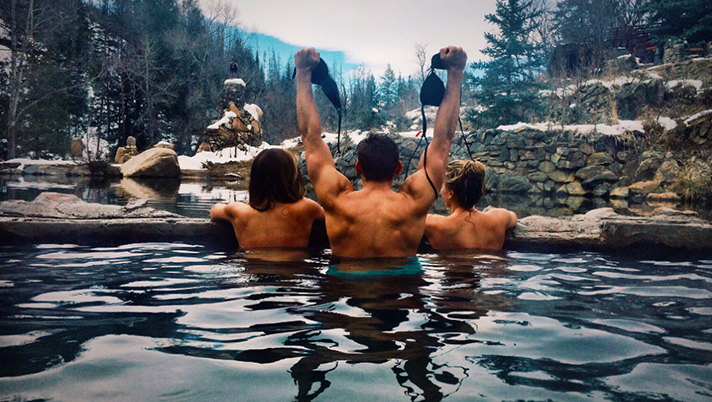 And back in the olden days, that might have actually been the case. Whether people wanted to or not, sex was between a man and a woman and was done to create babies. I don’t even think it was legal for a woman to have an orgasm then. So, the thought of mixing things up in the bedroom was pretty taboo. And not like the hot taboo it is now, where you discuss it a little too loudly when you’re drunk at brunch. I mean like, you might die taboo.

But we’ve long since passed that time, and now it’s pretty apparent that doing weird shit in bed is all the rage. In fact, it’s not even really weird anymore. The only reason we even get together with our friends instead of just texting them is to try to out-sex each other. “Oh, you did it in a canoe? Well, I did it in the **tiger cage at the zoo, so suck on that, Stacey.” No matter how much we’ve progressed and how many sex toys we’ve purchased, though, still to this day one of the boldest cards you can play is the “I had a threesome” card.

Two girls, one penis? Two guys, one woman basking in all of the attention? Charlie’s Angels? However you do it, three people in a bed is something that gets people going.

A Lot Of People Want To Do It

A Lot Of People Have Done It

A Lot More People Are Warming Up To The Idea

**I did not actually have sex in a tiger cage at the zoo. Don’t worry, mom and dad. I’m still a virgin.