Britney Spears Says She Would “Snog” Bieber, Bieber Is Supposedly Down 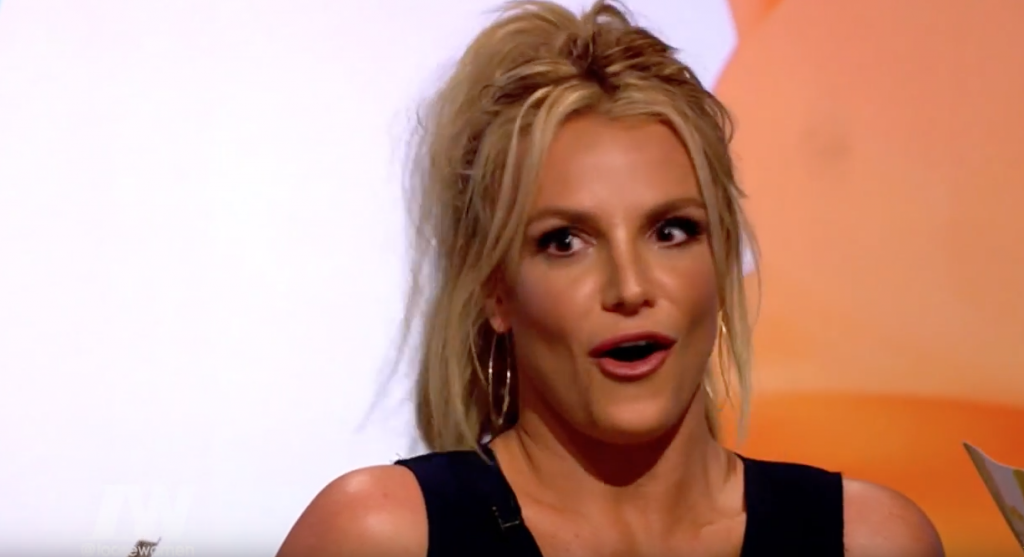 Britney Spears, who said recently that while she is “done with men,” she would still “french kiss someone” may have found her next contender.

While playing Snog, Marry, Kill (a TV appropriate version of Fuck, Marry, Kill) on the UK talk show “Loose Women,” Britney was presented with the question with the choices of Bieber, Madonna, and Simon Cowell. Britney said she would marry Bieber, then quickly changed her answer to snog. If you’re curious, she said she wouldn’t marry her two other choices either. It was cute and shady.

Oddly enough, that isn’t the first time the 34-year-old legend has mentioned the 22-year-old Canadian recently. In an August 24th interview with BBC Radio 1, she brought up the Biebz all on her own. She spilled on his dick pic leak. To be fair, I still think about it sometimes too.

Wait! Did you see what happened to him the other day? Didn’t he, like, expose himself? That was insane! Like, I don’t understand what went on there. Was that on the news and stuff? Oh my God! OH MY GOD! I met him. It’s weird. Probably like three years ago on Femme Fatale. He walks into my hotel room and he was like a kid! Literally, he looked like he was 13 years old, but he was 16. And I was like “Who is this kid in my hotel? Like what is going on?” and I’m like “Who are these people?” And my assistant was like “This is Justin Bieber and his mother.” And I was like “Oh my God! I cannot believe this.” He’s very unassuming. He’s a very nice, kind boy. He’s obviously way older now. He was extremely kind.

Interesting, interesting. Bieber, who seems to have a different love interest weekly, is supposedly interested in this “snog.” A source told Hollywood Life that, “Justin is ready to give Britney a big kiss the next time he sees her,” and “He thought what she said during her UK interview was very flattering, especially since he’s had a huge crush on her for the longest time.”

Not sure how reliable their “source” is, but that would surely be an internet-breaking kiss. Everyone has always rooted for Britney and Justin Timberlake, but maybe she was meant to be with a different Justin all along. What a plot twist that would be..