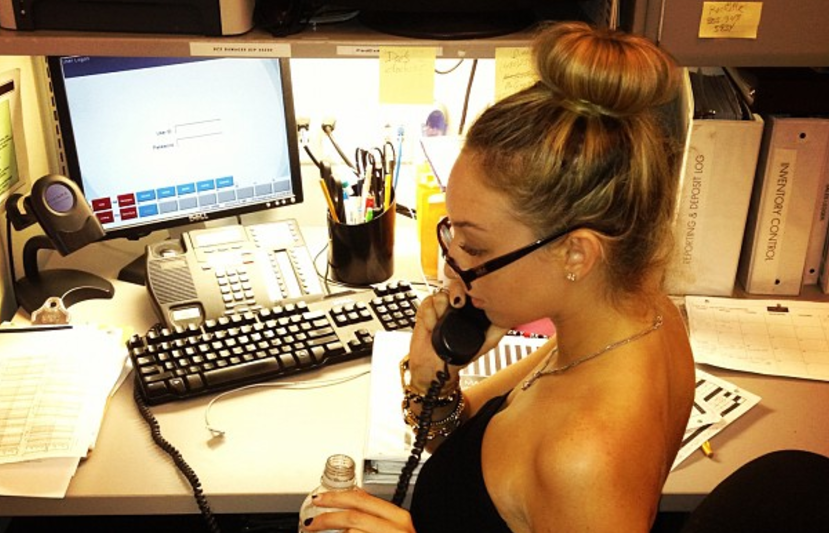 It hasn’t even been 24 hours since the season premiere of The Bachelor aired, and fans are already researching the show’s contestants more than your boyfriend’s over-protective mother did when he first brought you home.

One of the front runners from last night was Corinne Olympios, who marketed herself as a vague “businesswoman” and “model” on ABC’s website. Since almost anything can be considered “business” nowadays (especially when you’re essentially an Instagram model), last night, she went into a bit more detail about what she actually does. Corinne divulged that she actually works for her parents’ multimillion dollar company, but left the specifics out of it. Nick is probably distraught at not knowing exactly what she does as he’s not the type to be too distracted by her boobs to care.

Chris Harrison went on to explain, “She runs her parents’ multimillion-dollar company. She definitely approaches The Bachelor process with a business boardroom attitude.” He followed this by saying “[She has] that ‘didn’t come here to make friends, take no prisoners’ attitude. She is there to close the deal, and that can be off-putting to the women she has to live with.”

Translation: she is going to be the show’s villain. Raise your hand if you can’t wait for the catfights that are going to occur between her and the other contestants (maybe she’ll even throw a Louboutin?)

Whatever she does, you can be sure that it is a hell of a lot more impressive than an unemployed nurse or an aspiring dolphin trainer.

Corinne has done little more than share a few photos of herself busy at work on her Instagram page; most likely just to break up the strong of bikini photos… because nothing sayings, hardworking, wife material like a good pair of glasses, right?