Corinne Olympios and DeMario Jackson May Be Dating 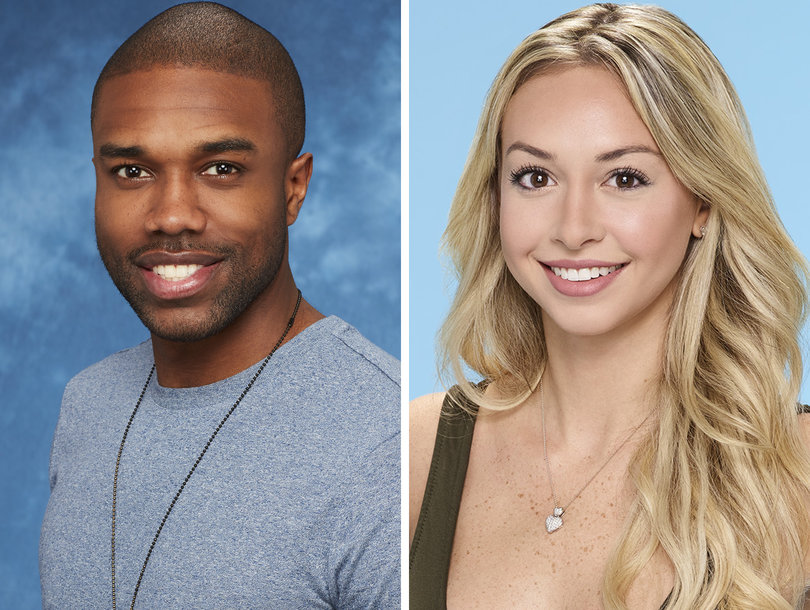 I thought we had heard the last of Corinne Olympios and DeMario Jackson, apart from when they seasonally reappear too promote their Fab Fit Fun boxes, back in July, when it was announced that the two would return to Bachelor in Paradise to “set the record straight.”

Unaware of who Olympios and Jackson are? The two have been the villains on the past two Bachelor/Bachelorette seasons, and have been the recent source of drama (and views) in season four of Bachelor in Paradise. A week into filming, production was stopped surrounding allegations of sexual assault between Jackson and Olympios. After another long week, of just about everyone involved in the franchise chiming in with his or her opinion, and voicing whether they were Team Corn or DeMario, Warner Brothers announced that they found no evidence of the misconduct. Filming resumed, without Olympios and Jackson; yet the duo still managed to be the stars of the show. I don’t think a single episode went by without the scandal being brought up, generally in a staged manner that always felt just a little bit too scripted for “reality” television.

However, there are no hard feelings between the two. An insider told US Weekly that “they have been hanging out a lot,” which is apparent from their recent visit to Disneyland.

According to Team Corn, the pair of them are “just friends,” with a source claiming to US Weekly “They are just friends and wanted to hang out to talk about all the insanity of the last few months together. They had an amazing time, but nothing romantic, even though it sure looked like it!” Honestly, though, who hasn’t tried to claim that they’re “just friends” with their best friend on Snapchat, who they happen to think is “sort of” attractive when they send shirtless selfies late at night. C’mon, Corn, you’re not fooling any of us, who have all said, “really, we’re just friends” more times than we can remember.

Jackson echoes Olympios’ statement, claiming that the pair are just friends… friends who happen to hold hands, have a dream date in Disney, and have the entire world know about their sexual history. Jackson confirms that he’s single; however, he claimed the same thing as a contestant on Rachel’s season, and who can forget the cringe-worthy moment when his girlfriend came onto the show, with receipts, to tell us otherwise.

Congrats you two… on getting back into the spotlight! We’re all rooting for you to find love and a FitTea sponsorship deal!.