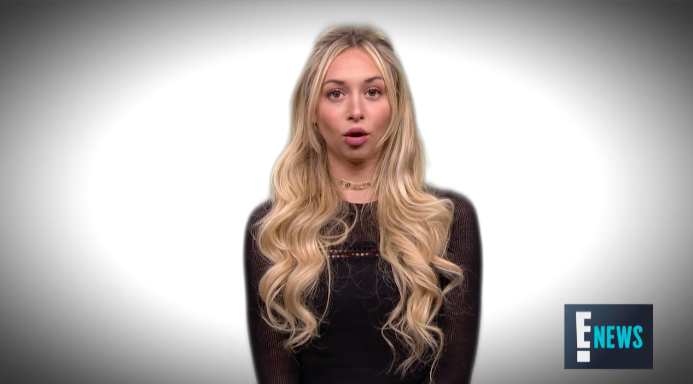 It seems like everyone is talking about Corinne Olympios today. No, the 24-year-old who manages to simultaneously act like a child and a grade-A bitch wasn’t able to steal’s Nick’s heart on the Bachelor… however, I’m sure once he is forced to decide between the remaining two, boring, lackluster options, he’ll be clamoring to have a bit more Corinne, whipped cream and trench coats back in his life.

It is National Napping Day, and anyone who has even watched an episode of the reality TV show knows that Olympios loves her naps even more than Nick.

Since Corinne’s 15 minutes of fame were up the second that the producers on the show let Nick get rid of her, the Fit-Tea wannabe knew that drastic measures would have to be taken to ensure that she remained a trending topic on Twitter until other opportunities presented themselves. In, what I know from experience to be a heartbreaking experience, Olmpios realized that she would not be able to skirt through life on her looks alone… so she resorted to humor. Now I’m not implying that she has any real (emotional) intelligence, or at least enough to be quick witted; however, everything that comes out of that cherub’s mouth unintentionally ends with us laughing at her. While making fun of yourself isn’t exactly self-esteem boosting, a girl’s gotta do what a girl’s gotta do.

Jumping on the holiday, Olympios stars in the E News video that is staged to look like a parody… however, something tells me that she might be taking it at least slightly seriously.

She lets her true, not-so-inner child shine, as she divulges how little she knows about the adult world, summing up her job description for running a multi-million dollar company with a simple “make phone calls, send emails and attend meetings.” Who knows, maybe if we had a Raquel around, that’s all the adulting we would have to do as well.

We can make fun of Corinne all that we want, however, this girl is coasting through life on nothing more than some weird facial expressions, her daddy’s money and her affinity for naps, so maybe we should start taking notes..