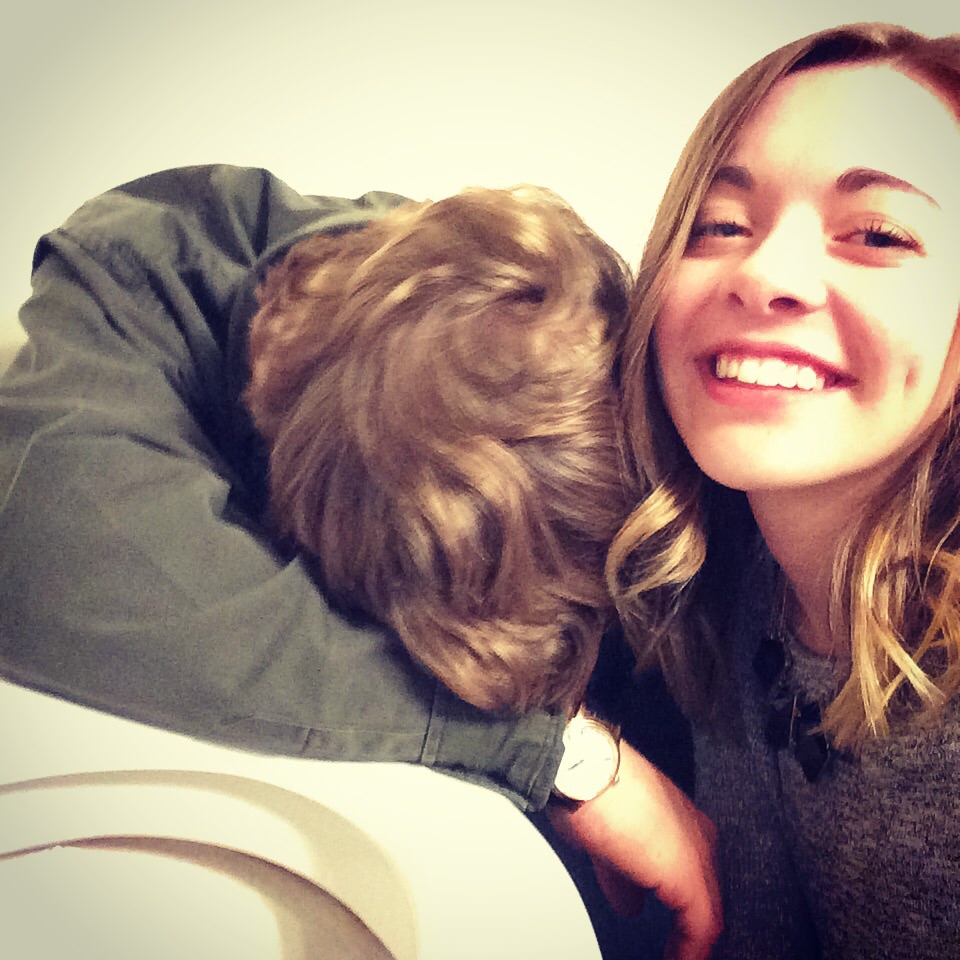 I woke up one morning with a pounding headache and a naked man in my bed. I watched in horror as my new “friend” made his way from my dorm room down the hall into his… five doors down. The night before was hazy, but I remember first meeting Sean at a campus-wide freshman event. He mentioned that he lived in the same residence building as me, but I figured that the chances that he would be on my floor, never mind a few doors down, was slim.

Fresh out of high school, and relatively new to college boys and hookup culture in general, I was thinking less about the consequences of having sex, and much more about how great it was that I had my own privacy. In a single room, I had no parents, or roommates to answer to, and I was reeling in the excitement of finally having the freedom to do what I want — the feeling most college students have the second they enter their little dorm room.

I had been warned by numerous college blogs that hooking up with someone on the same floor as you (dubbed as “floorcest”) was ALWAYS a bad idea. Hindsight is 20/20, and I can very logically see the reasoning behind their warnings now. However, as a naive freshman, I believed that their advice didn’t apply to me.

The most prevalent argument that I had heard was the horrible feeling of seeing someone that you had hooked up with all the time, even at your worst. You were essentially living together for an entire year. I blindly and pretentiously believed that I would never allow myself to be seen at my worst, with greasy hair, a bare face and two-day old sweats. At that point in my college career I had not faced the horrors of all-nighters and tough exams.

In what I saw as an act of defiance, I decided to continue to hook up with Sean. My logic was that it seemed unreasonable to pass on a cute, smart guy, who could be “boyfriend material,” or a friend with benefits, at the very least. We fell into a pattern surprisingly quickly. Every night we would each hop between different dorm room parties, texting each other throughout the night. The drunker I got, the progressively bolder my texts became. Finally, one of us would agree to meet the other one. In the smallest residence building on campus, this was never hard to achieve.

We were disgusting, as most new freshmen are. My friends still shame me to this day for showing disgusting levels of PDA in the various closets, bathrooms and elevators as we made our journey back to one of our rooms. Once we made our way to privacy, we would talk for hours while sharing a bottle of whiskey between the two of us, listening to some shitty indie music before getting down to the act. At the time, while lit by my new Urban Outfitter’s fairy lights, I thought the whole ordeal was very romantic. Looking back on it now, the way that we were behaving, as if we were heroines out a John Green sappy novel, thoroughly embarrasses me.

Having never had a serious boyfriend until this point, I believed that things with Sean were going great. We were having sex regularly and actually conversing with each other, which is more than I can say about the relationships that most of my friends had with their new hookups. I knew the names of his siblings, and he knew my Starbucks order, and he was even kind enough to get it for me some mornings.

We had agreed that it was best not to tell the other people on our floor about what we were doing, in fear that they might judge us before we got to know them. I quickly broke my end of the promise, and was sure that he did as well. One night, during our weekly floor meeting, our RA decided to speak very openly about his disdain for “floorcest.” In a very Mean Girls-esque style, he issued his warning.

“Do not hook up with someone on your floor. Do not kiss them. Do not touch them. Don’t even think about them in that way. You WILL be awkward around each other all year. You WILL make everyone else on the floor uncomfortable. Everyone else WILL hate you,” he said.

My eyes met Sean’s from across the room. I was expecting for us to exchange an eye roll, or some other look that would mean “Fuck them, they don’t know what they’re talking about. We’re different!” Instead, I was met with his look of pure dread. Sean came over to my room a few days later. This time, I seemed to be the only one chugging whiskey, and he seemed to physically move further and further away from me.

“I think this should be the last time we do this,” he said. I was upset, but with my bratty, self-assured mentality raging, I believed that I could change his mind with my “mind blowing sexual abilities” (which really could have been described as mediocre at best at that point). It didn’t, and a few days later I saw him using the same moves that he had made on me just a month ago on another girl. After chugging over half a bottle of tequila, I approached him. I don’t know what I said, but I know it wasn’t good. I remember at the time thinking that I was acting pretty crazy. If drunk me considered my actions to be psycho, I’m embarrassed to think of what sober me would have deemed them as.

The embarrassment didn’t stop there. The night I brought a questionable one-night stand home with me? Sean was hanging out in the hallway with friends right outside my room. The night I sobbed over my statistics homework when I thought that no one else was around? He walked by me uncomfortably. The time I ran to get my laundry in my ugliest pajamas that I wouldn’t let me own sister see me in and a ridiculous face mask on? He was in the laundry room.

The reason that I am writing this story, opening myself up for possible embarrassment and ridicule from my friends, and, most importantly, reminiscing on memories that make me cringe is to warn all the new freshman who will be starting school in a few months. It is one thing to hear your RA, who you’re pretty sure is a virgin, tell you not to hook up with some one on your floor. It is another to hear from someone else’s personal experience how awful it is to have your ex-hookup pick up your PINK “Get Lucky” underwear off the laundry room floor..