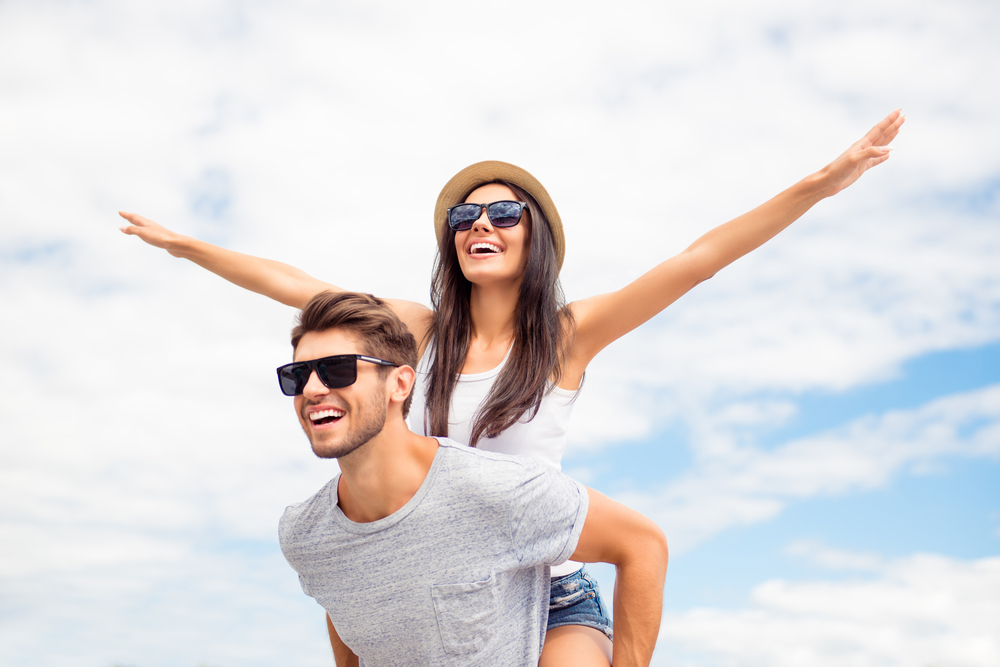 Well, you done fucked up. Maybe it was the liquor, or maybe it was because your body hasn’t seen a dick in almost two months. For whatever reason, you caused a scene when your totally platonic guy best friend started hooking up with some skank at the bar. Okay, so maybe it was an overreaction to throw a drink in his face and tell said skank he has a micropenis, but the damage has been done. Needless to say, this isn’t one of those drunken nights you can just pretend didn’t happen. You know, like that one time you woke up next to a guy who does magic in his spare time. No, you’re going to have to deal with this one.

Now he’s on his way to your house to yell at you, to ask you what possibly could be a good reason for your behavior. Even though your hangover is enough to quite possibly kill you, the excuse “I was just drunk” is definitely not going to suffice. Truth be told you don’t even know. It was just, like, in the moment, it felt like your boyfriend was cheating on you. Not that you see him like that…do you see him like that? It doesn’t even matter, all you know is he can’t know you see him like that.

Tell Him You Hate The Girl He Was Talking To
Does it matter that you never have seen that bitch before in your life? Not at all. Because truth be told you already kind of hate her for basically having YOUR best friend’s dick in her mouth in a crowded bar. Where is her class? That’s why he went after her anyway, because she’s so easy. Turn all that anger around on him. Remember when you told him how much you hated her, like, weeks ago?! Does he even listen to you?! Are y’all even friends if he would blatantly disrespect you like that?

Payback For The Time(s) He Cock Blocked You
Oh, like he’s so fucking innocent. Remember that time he “protected” you from that G.I Joe look-alike? Payback. That one time he rejected a girl by saying you’re his girlfriend and you just know that’s the only reason no guys hit on you that night? Payback. What about that time you asked him to walk you home, and he did, like some sort of asshole? Payback. Be a better friend, Chris, and maybe this shit wouldn’t happen to you.

Say You’re Rediscovering Your Sexuality And Called Dibs
Are you totally straight? Not that night you weren’t. You see, he’s got it all wrong. It’s not like you were upset because you wanted him. It’s just that you wanted to explore your sexuality and she was supposed to be the one you did it with. Is it homophobic of him to take that away from you? I dunno, probably. Was it sexist of him to believe he had a better shot with her just because he’s a man? You bet your ass it is. Besides, wasn’t it he who told you you need to start picking better guys? Well now he’s the dick that potentially ruined your one true shot at happiness.

That Girl Is Your Friend, And Therefore You Know She Deserves Better Than The Human Trashcan He Is
For whatever reason you want, that girl was vulnerable. Her puppy died, her boyfriend cheated on her, she’s just got chronically low self-esteem, whatever. To him, she might have seemed into it, but trust me, you knew better. She would have regretted him and made him feel like an awful human being. She needs to heal before she gets back out there. When she does get back out there, she needs someone so, so much better than your best friend. Because he’s, like, really not that great. You should remind him of that.

He Was Supposed To Wingman You
Oh, okay. So he had a friend obligation to you, but as soon as a hot girl walks in his responsibilities fly out the window? That’s cool. But then you also no longer have an obligation not throw a drink in his face. If he wants to put his dick before your friendship than he needs to suffer the consequences. You needed him to help you get laid, and he left you stranded. He’s lucky you reacted so calmly.

You Knew He Was Going To Get Rejected And Didn’t Want To Hear About It
Look, he’s a great guy and any girl would be lucky to have him. But you just want to make sure his goals are a little more realistic. The *truth* is you know that girl, no, you love that girl. She’s just too far out of his league. He would fall in love immediately, she would reject him, and you’d be left to pick up the pieces. Out of respect for him, you decided the best move was to ruin his chances now so he wouldn’t be faced with heartbreak later. What can you say? You’re just such a good friend.

Even Though You’re “Just Friends” You Need All The Attention And He Should Know You Well Enough To Know This
Like this is his first rodeo? It’s like he doesn’t even know you….