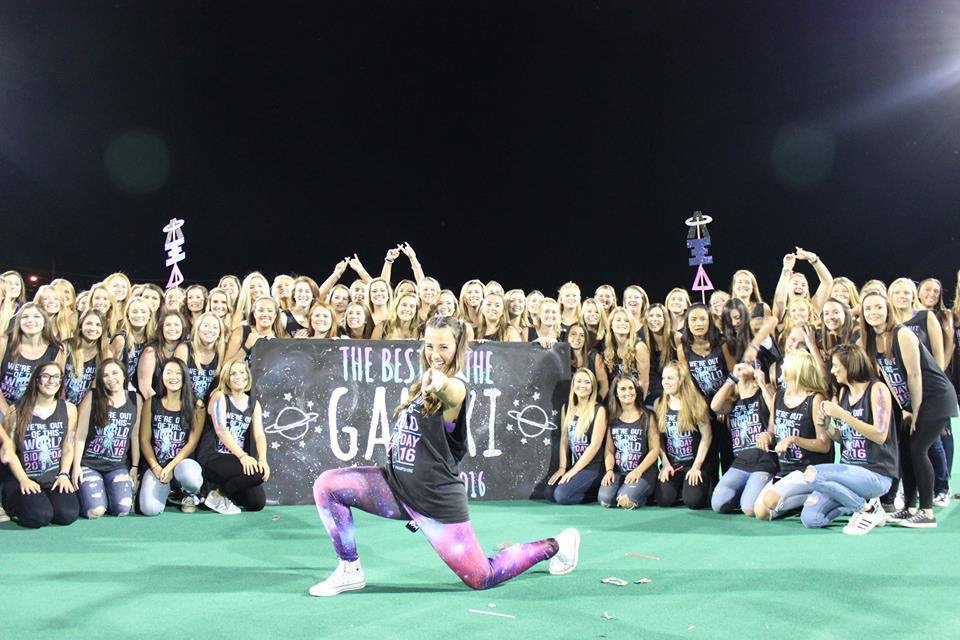 Recruitment is a scary process. Imagine going on hundreds of first dates in a single weekend, but instead of with fuckboys, with girls who actually need to judge you off of their initial gut reaction. My recruitment process felt like a blur, during which I told a bunch of pretty and intimidating girls about every accomplishment I’ve had since middle school, but only after burning my hair while curling it at 5am and putting more thought into what shoes I would wear than I do on picking the topic for my final essays.

Throughout the entire process, I was desperate to talk to someone. My father was heavily involved in his frat; and as important as it was to him that I would also be joining a Greek organization, he wasn’t the most helpful in determining whether I should wear three or five inch heels. Since I joined in my sophomore year, my established friends from first year, all GDIs, were skeptical of the entire process, to say the least. My mother, the person most PNMs rely on throughout the stressful weekend, had a distain for the sorority that I was obsessed with joining. Decades ago, my father had taken a girl from that particular sorority instead of her to a formal (asshole!) and she still wasn’t over it. Its obvious that pettiness runs in the family.

Long story short, after an incredibly stressful weekend, I got a bid to my top-ranked sorority, my mother eventually decided to be forgiving, for once in her life, and my whole pledge class lived happily ever after. However, there are apparently some girls out there who want to rely on a bit more than luck and some shitty advice from their fathers to ensure their spot in the sorority of their dreams.

You heard that right, consultants are no longer just around for boring financial and legal advice; they’ve taken the world of sorority rush week by storm, ready to help PNMs with everything from what to say, wear, and take down from their Instagram profile. Charging anywhere for $300 to a staggering $1500, these consultants are here to ensure that you say and do everything possible to prove that you’re a “natural’ fit for the house of your choice.

Hannah* a rushee from Alabama sought out the help of Pat Grant, the founder of Rushbiddies to ease her anxiety about not being accepted into a sorority as a sophomore. Rushbiddies was designed to “prepare [PNMs] for one of the most important aspects of higher education”… and they’re not talking about finals week. During rush week, Grant acts as a knowledge base for everything sorority-related for PNMs and, usually, their mothers. She charges $100 for a 90 minute session, which is going to get you absolutely nowhere if you’re competing against the girls who opted for the 40 hour package.

Grant realizes that it takes more than the right pair of heels to secure a bid. She realizes that actives are choosing their future sisters, something that no one takes lightly, and she thinks of everything that could prevent you from being sisterly material, from your less then stellar GPA (just wait till you have frat parties to distract you from hitting the books), to some scandalous summer bikini Instagram shots to some drunken Snapchat antics. Technology and social media, are actually cited as one of the “biggest hurdle” to getting a bid. Grant gives a dramatized example of a girl who posted a Snapchat of her dancing with another girl over winter break, and, honestly, you would have thought that she killed a puppy or said that she hated Lilly Pulitzer in the eyes of her potential sorority.

Another issue Grant prepares her clients for? What to wear (obviously). However, her advice extends beyond telling clients to purchase some Kate Spades, something monogrammed, and something that will undoubtedly give their father a heart attack when he sees their credit card bill.

“Keep the skin to a minimum. I’m not saying you have to be prudish, but some girls can wear things better than others. You want to be your best self,” Grant advised. C’mon girls, doesn’t everyone know that they have to wait till the first ABC party before they flaunt what they got?

While, at times, Grant’s advise seems like it’s word for word something that Regina George or a stereotypical high school mean girl wold say, its something that some PNMs need to hear. Grant described a recent interaction with a PNM who was already making some interesting fashion choices. “I said, why did you choose cowboy boots? She said, everyone knows cowboy boots are my signature. I told her, maybe back in high school they were your signature. But here, you don’t have a signature. You have to meet what’s expected until you’re established. Then you can wear your cute little cowboy boots.” Harsh? Yes. Do I agree? Absofuckinglutely.

Through some strict fashion advice and social media cleansing, Grant aims to get all of her clients into one of their top two houses. She charged $1500 for her most popular package, which includes 40 hours of text and talk, as well as workbooks and handouts. Hannah* took this package the extra step, having Grant fly out to Alabama to be with her during rush week. Whether she acted as a “fairy godmother” as Hannah’s mother described her as, or a slave, being there to clean, prep, prime and listen to Hannah whine, is really up to you.

Grant has a few final, key advice of anyone going through recruitment. “Don’t drink (or get drunk). Get more sleep than you think you need. And finally, she says, “Play your cards close to the cuff. You never know who’s listening.”

*names have been changed

[via Town And Country]