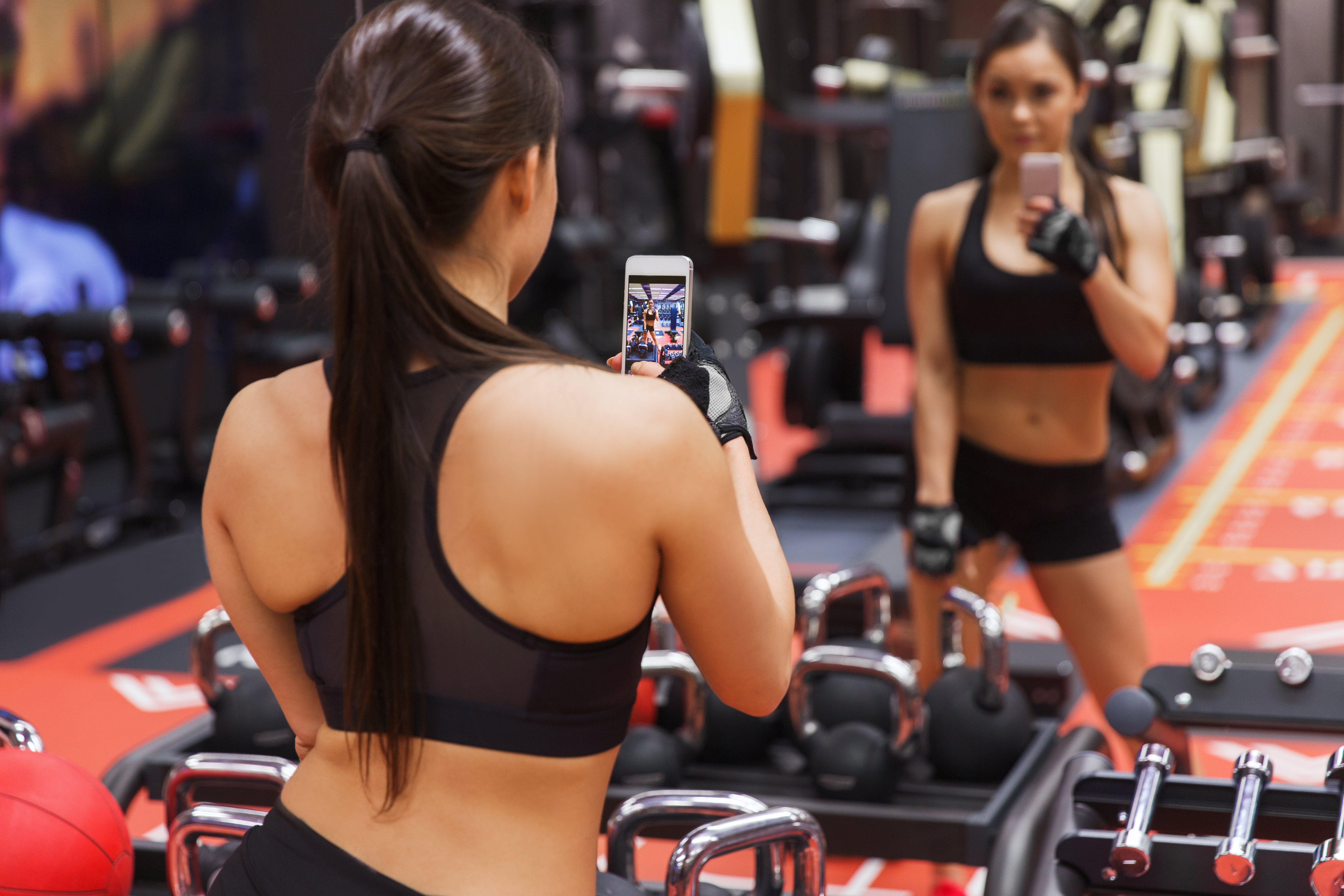 You’re looking through your recent social media history; essentially creeping yourself to see what your various profiles and essentially your entire persona look like through the eyes of your crush (because what else would they be doing with their time besides obsessing over you). A few weeks in, and you’re starting to see a trend. There are a lot of photos of you going out at night — some blurry, posed, candids, a few snapchats that are embarrassing, but definitely prove that you’re fun. There are also no shortage of food pictures. While you occasionally snap of pic of the odd green-coloured smoothie (that you only made out of guilt), most are taken during your nights out– the pizza you ordered at 2am, the hangover feast you dragged yourself to the morning after and the delicious cupcakes they gave you at chapter meeting, that were so pretty you forgot they even had calories in them.

You’ve accepted the fact that those close to you realize that you’re a pig. Your roommates have seen you eat an ungodly amount of cheese straight from the block, you stopped caring enough to hide the fact that you can eat a whole pizza from your boyfriend months ago, and there’s a good chance that you dad still gets your food bills every month (vegetables are really expensive, ok — you’re definitely not ordering takeout). Your followers? Now that’s a different story. By now, I’m sure they’ve realized that you’re not a fit tea model, but you still want to maintain the illusion that your life is full of sorority stacks, carefully edited vacation pictures, and avocado toast.

There’s only one thing to do: prove that you have a life outside of being a bar star, and at least fake the illusion of perfection. Yes, you may have been pounding back tequila shots at 2am, but there’s no way that you’re missing your morning yoga/ kickboxing/run/some physical activity that you totally do in just a sports bra. Remember, you only need to create the illusion of being fit since, in truth, nothing else about you is genuine on social media anyway, so why start now?

After realizing that my social media presence portrayed me more as a grimy frat boy with a dad bod, rather than as the perfect female college student who can balance drinking, working out and showing up to class in jeans, I decided to dedicate myself to learning how to the art of portraying myself as fit on social media (which surprisingly may actually be harder than actually becoming fit).

Now you can post as many pictures of your well-lit salads and views from your morning runs as you want, but the proof is in the pudding, and by pudding I mean your body. The pinnacle of pretend fitness is the workout-selfie, which, luckily for you, is easy to learn with these simple steps.

1. Choose the right fitness outfit
This is a bit of a trick, since there really is only one acceptable outfit to wear when snapping a fitness selfie: a sports bra and leggings. If you’re really daring, you could sport a pair of spandex shorts, but, lets be honest, that would require some actual level of fitness and dedication. Any other outfit really isn’t explicit enough. A tank top and leggings? While it’s technically what you wear to the gym, it’s also what you wear to class, to the mall, and basically everywhere that isn’t the bar.

2. Alter your outfit
Left untouched, your soft midsection is out in the open, and your sports bra both feels and looks like it’s suffocating you. Hike up those leggings as far as you can… they’re stretchy for a reason (pictures, obviously), ideally past your bellybutton. This way, the only part of your stomach thats visible is your general rib area, which, thankfully, the Freshman 15 hasn’t gotten to yet. Adjust your bra so that at least your cleavage looks good, and attempt to ignore the pain that is slowly crushing your internal organs.

3. Strike a pose
I’m sure by now, if you live on the internet as much as I do, you’ve seen those “Five Second Body Transformation Pictures.” Fitness gurus and body-positive activists alike took photos of themselves on the same day; one in unflattering lighting and posing, and another strategically posed and edited. Now, I’m sure that you’re no Instagram novice, and the thought of posting a photo in direct fluorescent lighting without your stomach sucked in and at least one arm bent to hide the illusion of fat sends shivers down your spine. However, ensure that you get at least a minimal amount of cardio in by contorting and twisting your body until you’re able to achieve some sort of optical illusion.

4. Act casual
Going to the gym is NBD for you. You couldn’t imagine starting your day out without getting your sweat on and treating yourself to a large spinach smoothie after. While this may all be lies, as you quite possibly don’t remember the last time you didn’t wake up at least a little bit hungover, you want to channel the aesthetic that it this is your lifestyle. Take the picture in a “spur of the moment” like fashion, like it was something you decided to do for fun, quite possibly in between set of burpees. You don’t want anyone to know that it took you 50 shots to get right, so act that way!

5. Distract with a witty caption
Obviously posing in your bra and skin tight leggings isn’t exactly innocent. It-s vain, self-indulgent, and bordering on promiscuous. Yes, you could be doing a lot worse, and wearing a lot less, but you’re also not fooling anyone by trying to pretend that you’re not flaunting. The best way to make up for it, so you don’t become that girl? Make fun of yourself. Not only will it distract from how low-cut your bra actually is, but from your lack of abs as well. There’s nothing a little bit of self-deprecating humor can’t fix.

6. Upload
The final step is to post the picture, sit back, and wait. My preferred method is through an Instagram or Snapchat story. That way, not only can you ensure that everyone you want to see it does (while monitoring exactly when they did it), but all photographic evidence is destroyed in 24 hours, which is perfect considering this will totally be the summer that you become so physically fit no one will recognize you in your unintentional “before” pictures. You can compulsively check to see if your crush (who is the main reason you posted something so vulnerable in the first place) has seen it, which only makes you a fraction as nervous as waiting to see if that judgey bitch from your sorority saw it (and screen-shotted photos of it to all her friends to make fun of).

Have fun spending at least the next 24 hours compulsively monitoring those who are giving you your much-needed validation and fretting over whether you should have pulled your pants up higher to hide your stomach more..