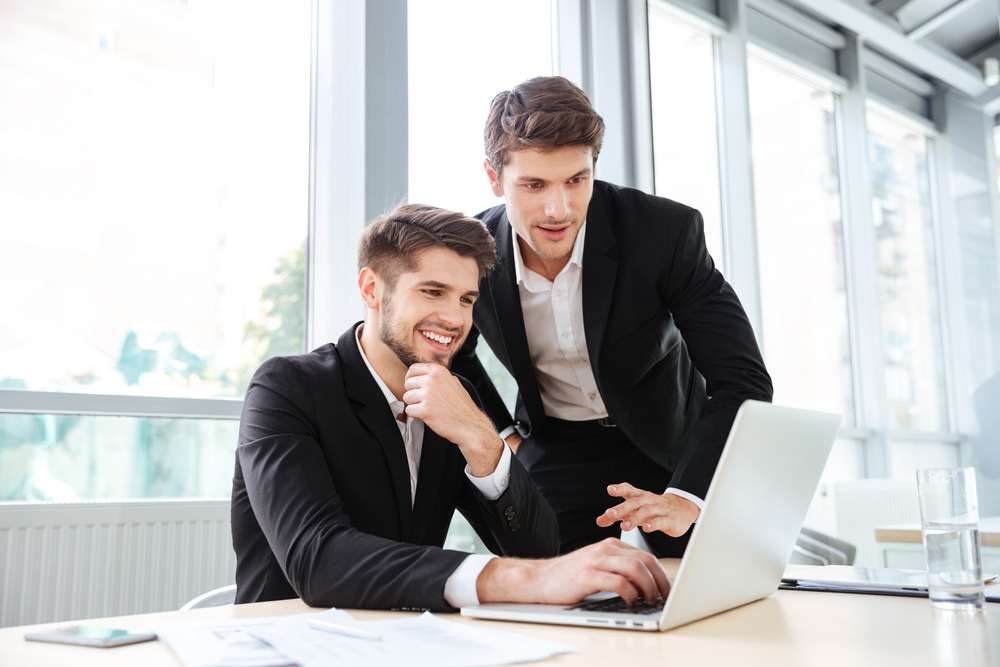 Anyone that knows me knows I have a thing for group sex. Hot bodies are great, and as long as I’m not in love with the one of them, I figure the more the merrier. Well, the more girls the merrier I should say. Banging a dude? Add a girl. Fucking a girl? Add another two girls. No situation has ever been ruined because there were too many boobs involved. Penises on the other hand… penises are a one and done kind of deal. Never in my life have I been willing myself to suck on a guys balls and thought to myself, “You know what would make this better? Another hairy, wrinkly sack.”

So when I say I’m a fan of threesomes, its a 99.99% guarantee that I never mean two boys. There is, of course, an exception to every rule. These exceptions are named Andrew and Taylor, and boy, do I want to be the Eiffel to their Tower. Andrew and Taylor might as well be twins. They look the same, talk the same, and have the same goofy smile that shows off their general lack of knowledge. From their soft black hair, intense dark eyes, and washboard abs, to their strong jawlines, senses of humor, and surfer boy accents, these boys are one and the same.

I am a big fan of banging them both individually. Then, one day, it hit me. I was midrail session with Andrew on a rainy, winter night. Candles lit, a romcom playing in the background, and him, tearing that pussy up from the back. I remember thinking, “I love when this dude fucks me doggy, but I miss staring at his defined chest while he does it.” With any other guy, the idea of turning away from them to get a break, only to find yourself confronted with yet another dick, is the stuff of nightmares. But turning away from Andrew only to be presented yet another Andrew? My heart sang over the thought. Obviously I didn’t have a clone of him, but I did have a Taylor.

They had met a few times prior. However, either they were both trying to act alpha by not remembering, or they were both that stupid/drunk. Either way, they claimed to have zero knowledge of each other. The chances seemed slim, because although they had both literally been to each other’s houses with me, they claimed to run in different circles, and would have no reason to interact. That all changed one morning, as I scrolled through the snap stories of the night prior, when I saw it: the two bread slices to my blondie sandwich, together, in a bar, taking shots.

I immediately texted them both. Was this finally my time? If they shared an alcohol-induced bonding moment, did that mean they were ready to share an alcohol-induced girl? My excitement and hope didn’t last long though, as once again they both denied ever meeting each other. Even with video proof. Like literally making both of them watch the damn video and not only did they still claim to never met, but also both made a jab at how the other looked like a cuck.

Frustrated by their fragile masculinity, and fueled by the vodka haze still present from the night before, I added them to a group chat. Someone’s gotta start this thing, amirite? And, like, if this was going to happen, they needed to get over their competitive alpha dog egos and just except that we’re all in this together. Right?…. Right?

Wrong. SO fucking wrong. I would say, now from experience, the best way to approach the situation is a gentle ease. Really try to read the room. Let it happen naturally. The wrong way is acknowledging that the two targets not only know of each other but are also openly jealous of each other, and then trying to force them to get into it. They went into full defense mode with each other, and then attack mode with me.

I think I handled the backlash pretty well. I claimed it was a joke, and that I just wanted them to be best friends, which they both vehemently refused. And although they have both seemed to have forgiven me, or at least enough to get their dicks wet, I can’t help but feel the slightest bit disappointed. It’s like I flew to close to the sun and got burned, but I still can’t let go of the fantasy..