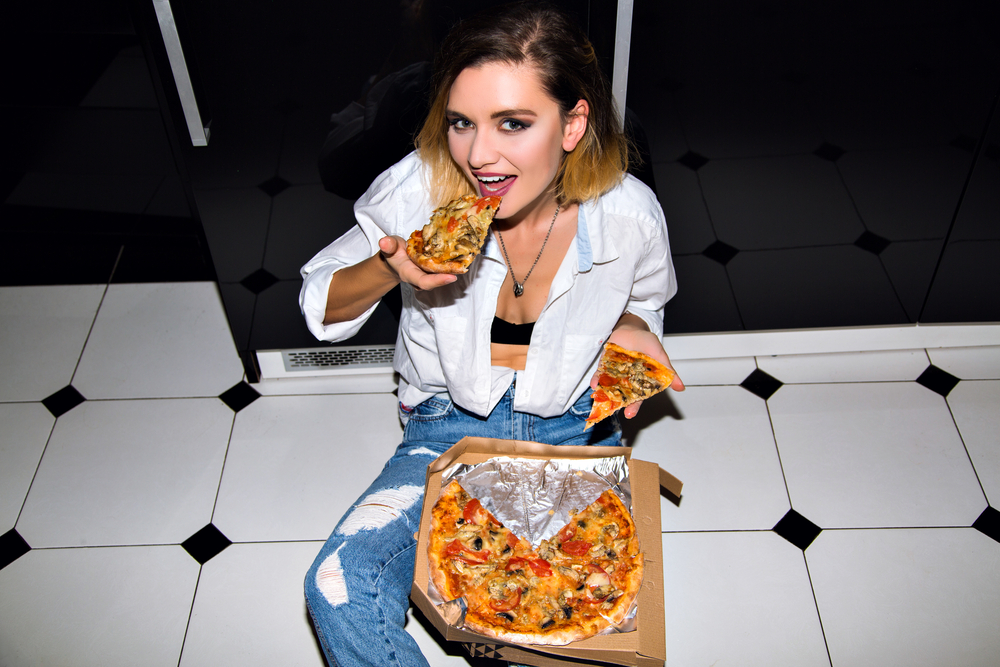 Leaving your college town is difficult, but particularly hard financially. I got a bitter taste of this dark reality about a month ago when a few friends and I road tripped it to San Francisco for a birthday weekend. As nice as it was to go anywhere else besides our shitty college town bars, it’s not nice to leave those shitty college town prices. When you’re used to $1 drinks (free if you wear a low cut top), splurging $15 on a single well drink is a little hard to stomach. Luckily, I am a gorgeous, pretty, decent-looking slutty female, so the bartender took my $15 and gave me a tall, full glass of whiskey without so much as a splash of coke. It was near impossible to drink, but ya girl chugged it down like a champ anyway.

About thirty minutes later, I had lost my friends and was in no shape to use my phone to be able to locate them. Acknowledging that I had fucked up within the first hour of getting there, I was left with nothing to do but walk aimlessly around and hope to find someone that resembled my friend group.

That’s when I saw him. The (in that moment at least) most important person in the world. Maybe even my favorite person. He was standing in the VIP section holding a pizza box that still contained almost a full pizza. I didn’t know who he was, and I didn’t know how exactly I was going to make it happen, but I knew I was going to get a slice.

I stumbled over to him but that pesky rope was in the way. You know, the rope that exists simply to remind you that you are a commoner. And, as much as I pride myself in my ability to shout louder than literally anyone I know, my efforts were pointless against the throbbing base. In a moment of desperation, I reached across the rope and tried to smack his shoulder. The biggest man I have ever seen in my life appeared out of seemingly nowhere. He caught my hand before I made contact with my savior’s shoulder and then he aggressively informed me I needed to leave. I sarcastically snarled at him, asking if he was pizza boy’s body guard. He needed to calm down, I told him, he wasn’t as important as he was trying to pretend he was.

Luckily, my speech caused enough of a scene to get pizza boy’s attention, who came over to investigate the situation. This was an important lesson because it taught me that if you act obnoxious enough, you can get anything you want. I told my knight in cheesy armor that I was drunk, I had lost my friend, and that I was fully prepared to be that drunk girl eating pizza in a club. He gave me a slice (obviously) and rejected the Venmo payment I was pretending to offer.

As I munched on my pizza, he started up a conversation. If I’m being completely honest, I was not that interested in having a conversation with him, but I felt obligated to in the situation. We talked about music, mainly. I complimented the song that was playing and he said “thank you” which I thought was weird of him, but I let it go. After I was done eating, I politely thanked him for sharing his pizza, and informed him that I needed to go find my friends. “Are your friends cute?” he asked out of nowhere. “Duh.” All my friends are gorgeous, after all.

He then offered for them to come meet up in the VIP section and for us to be in a music video. I weighed my options. Worst case scenario he was a creep that was just trying to get more girls to sit with him. I noticed there were mostly dudes sitting with him, so this seemed totally plausible. Best case scenario, he was some random SoundCloud artist trying to make a name for himself and wanted us to be featured. If nothing else, it would make for a funny story. After all, I pride myself on being #TeamContent.

I made him text my friends for me, as my phone screen was still showing double. I figured that even if my friends thought these guys were creepy, they could at least enjoy the free alcohol and pizza. When my best friend finally found me, however, her jaw dropped. She started freaking the eff out. Like, home girl had negative chill. She begged him for a picture. She also begged a few of the other guys around us for pictures. To put things in perspective, she took more pictures with them than she did with me, her best friend, wearing slutty dresses at a club in the city.

As it turns out, pizza boy wasn’t exactly an “aspiring artist” like I had assumed he was. He was, like, an actual artist. Like a famous artist. The song he had thanked me for liking? His. Oh, and that big guy I had rudely asked if he was a body guard? Turns out he was actually employed to be pizza boy’s body guard. Whoops.

I thanked myself for agreeing to the music video, which turned out to be a real music video by the way, instead of just judging a book by its cover. I did not thank myself, however, for now appearing in said music video with drunk eyes, fucked up hair and a pizza belly. But at least I had a good time, and all my guys were super jealous that I got to meet some big name rappers..