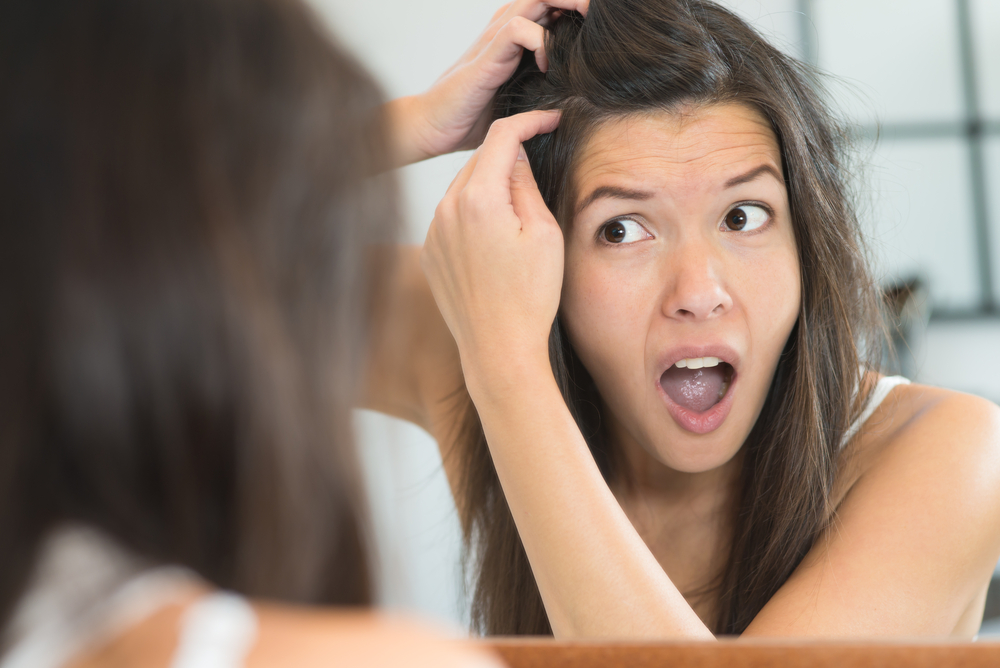 It was an unsuspecting Monday night. I had just gotten out of the shower, and had spent the past hour procrastinating blow drying my hair by sitting on the bathroom floor and hate-stalking every girl that I went to high school with. I haphazardly dried my hair with one hand, while using the other to balance my phone to see if I continue on my tirade, and find the bitch who stole my grade seven boyfriend and exposed to the entire class that I used concealer to hide a crop of hormonal zits (…not like it should have been a real surprise to anyone).

I placed my phone on the counter, now focused on a YouTube video that I had put on with the sole purpose of distracting myself from my new, tedious skincare routine that has been adopted after a very intense life talk with a friend in a bar bathroom after not being asked for ID from a bouncer. There’s nothing more insulting than a bouncer thinking that you’re actually of age. It means that your outfit doesn’t look like you put in as much effort as you would had you been a first year, and that the eager, excited glint in your eyes that was once there has now faded at the prospect of going to the same old bar with the same old fuckboys. After running to the bar bathroom and examining our faces under the horrible, fluorescent lighting, we determined that we both needed eye cream ASAP… or there was no way that we would be in shape to find husbands willing to pay for the inevitable botox in our futures.

My eyes were fixed onto the beauty guru attempting to sell me on a product that she couldn’t live without (a funny coincidence considering it came from a brand she was sponsored by). I wanted to ignore the glaringly obvious fact that not only had I spent half of my rent check on skincare, that hadn’t given me the skin of a Hadid in the week that I had been using it religiously every night that I wasn’t drunk, but that I had now become that bitch who requires an entire separate bag just for shit to put on my face.  That was when I saw it.  Out of the corner of my eye, I saw something reflect in the mirror in front of me.

“No, it can’t be,” I thought. “The smell of this cream must be causing me to see things.”

I shut my eyes, and took a deep breath. The second I opened my eyes, I immediately craned my neck so that my nose was pressed right against the mirror. My eyes darted through my poorly blow-dried hair, searching for it. I knew that it just had to be there, I could feel it. Things were starting to all make sense: the bouncer not asking to see my ID, the pizza delivery man addressing me as “ma’am,” the sudden, chronic urge I had to text my friends that I wasn’t feeling well on a Saturday night, and stay home alone to watch the news.

I had a grey hair.

I knew that it was coming. My poor mother got her first grey during her freshman year of college, which is a horror that I have had to live with since I was a child. But, much like how I ignore the idea that I will need to eventually commit to one single person, that being financially independent is just on the horizon, and soon it will no longer be socially acceptable to refer to my dog as my “child,” I was able to suppress the thought of it to make the rest of my life bearable. Nothing could have prepared me for the sight of that one, singular, silver hair peaking out through the rest of them.

“This can’t be happening,” I gasped out loud.

I tried to stay calm, only because of the inherent risk of my roommates finding me hyperventilating over a single strand of hair. My thoughts ran as I tried to think of another logical solution to this problem. Maybe during my last visit to the hair salon to get my hair dye, the stylist accidentally mixed a bit of grey into my dye, which somehow only ended up coating one singular strand. More likely, it was probably simply the lighting in this particular bathroom. I grabbed my bathrobe as I charged into the next room, eager to find a mirror that didn’t reveal the bad news, with no luck.

I sank to the bathroom floor, unsure of what to do with myself, or the big, grey elephant in the room. There was an obvious solution. I could just pluck it out of my head, and pretend that this whole ordeal had never happened. Much like how I’ve convinced myself that my drunk texts no longer matter, or should be talked discussed once they have been deleted off of my phone the next morning, this solution would allow me to the put the grey behind me, and continue my life as an average, university student who does’t look like she’s only approximately tens of thousands of strands of hair away from the nursing home.

I could leave it, hell, I could even celebrate it; posting a caption on Instagram saying “this is what college life has done to me,” or… better yet, “being a dog mom is actually stressful, you guys.”

Essentially it was a fight or flight reaction. I could fight this bitch with all the hair dye in the world, essentially making the final evolution into my mother, who neurotically dyes her hair the second a grey strand emerges. Or I could choose flight, and flush it down the toilet, and push it out of my mind until another one emerges.

Now, I fight a lot of battles. Too many battles some would argue. So I chose flight. I’ll continue to save my fighting for anyone who cuts in front of me at the bar, or dares to tell me that I can’t bring my dog-child into a restaurant. I’m just not ready to fight myself, especially an older, wiser, grey-haired version of myself, yet..