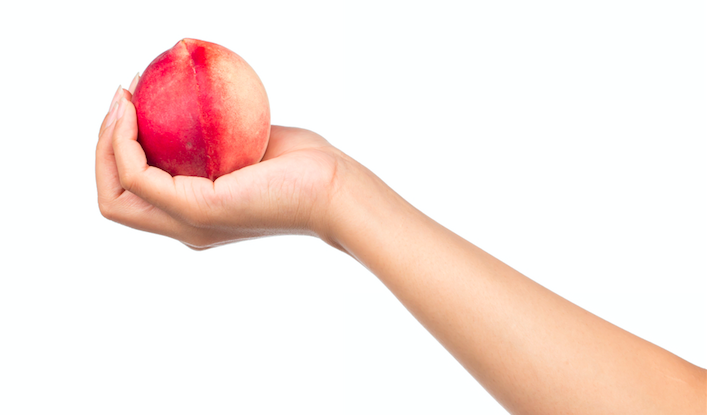 At this point, my boyfriend and I had only been dating for five months and he seemed more than pleased with our “regular” sex life. As we talked about the documentary, I finally got up the nerve to ask the dreaded question,

And to my surprise, I got the best possible answer, “Oh, no, I think it’s gross! Absolutely no interest!”

With that, my winner of a boyfriend kissed my forehead and handed my hungover ass a bag of Doritos. At that point, I thought that the conversation was over, my asshole was spared, and I officially had the best boyfriend ever.

Fast forward a few months and my boyfriend and I were both set to go on family vacations. Separate family vacations. While we both should have realized what fortunate brats we were to be toted around Europe, we were both focused on our three weeks apart — the longest we had both gone without seeing each other, and sex, since we had first met. One night after a steamy Skype conversation, a series of Snapchat pictures, and quite a few sexts, we ended up on the “what’s your fantasy” conversation. After I described something lame that I thought he would enjoy, he finally let confessed his: anal. I tried to hide my surprise.

“I thought you said that it grossed you out?” I sputtered, trying to hide my panic.

“No…I was just trying to keep you happy, I didn’t want to scare you off,” he admitted sheepishly. You know, the tale of a couple both trying to passively please each other by hiding what they like sexually. Classic.

The room itself wasn’t the five-star quality that I had dreamed of when I pictured losing my back door virginity. But since I was in the heart of the most romantic city in the world, fresh off a gondola ride, and full of authentic pizza, I decided to make an exception. The older, family-style furniture seemed endearing until I was lying on my stomach, squeezing the life out a pillow, staring at it. We had previously gone to a local pharmacy to pick up some lube (thanks for the advice, Google), and after an excruciating, language prohibiting conversation with the pharmacist, we were able to finally get some. Fun fact — in Venice, they keep the lube behind the counter, which proves for a fun conversation.

After he used nearly half the bottle of lube, “relaxed” me with a back rub, and consistently told me how beautiful I was, it was finally in. Ten minutes later, it was over. While I didn’t hate it, I would definitely need some Italian air and wine to do it again.