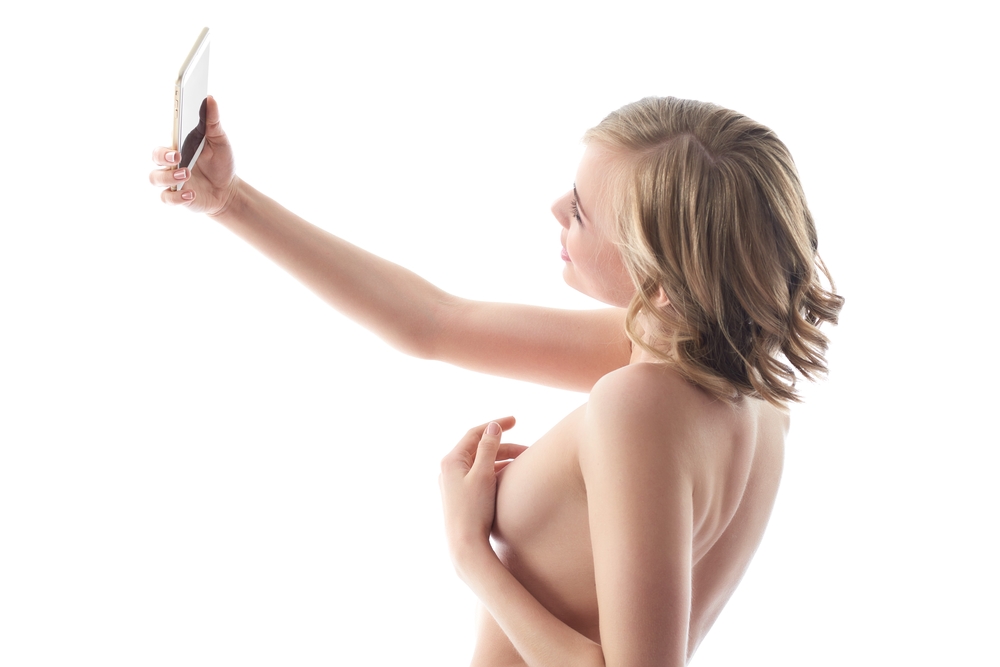 It may seem like common sense, but when you’re trying to impress someone, you typically want to try and look your best. It would not be ideal, for example, for him to see your body for the first time through a cracked phone screen at an incredibly bad angle. But that’s life I guess. Sometimes you win and sometimes you send a drunk nude with a full double chin. Tragic.

It all started because I was trying to make a boy wait to sleep with me in hopes that he would in turn be more likely stick around for the next semester. It was a tactic that I had never really tried before. You know, apart from saying “I’m not this type of girl” when I am, in fact, that type of girl.

From what I could tell, he seemed to be falling for it. He even made an effort to ensure that I did not feel any pressure. Which I found to be hilarious because in reality I was taking about seven cold showers a day. Or at least he was falling for it. That is, of course, until I got blacked out drunk and made some questionable decisions. As in, like, eight texts, two voicemails, and a nude.

The voicemails weren’t better, as they rarely are. The first one was a whopping 45 seconds. That would have been really embarrassing, had the second one not been just shy of two and a half minutes. They both started “daddddyyyyy” in a shrill scream. If you’re reading this and thinking to yourself, “um, ok. So, this bitch actually expects me to believe that she was drunk enough to leave two voicemails but was sober enough to remember exactly what she said in both?” no. I don’t remember the voicemails. My asshole of a not-boyfriend did me the courtesy of sending them to me the next morning. What a guy.

Some highlights from the voicemail(s) included statements such as “I wish you were awake so I could show you what I’m wearing! *giggles*” (plot twist, I woke up wearing only one sock. The jury is still out on whether or not I had two socks on at the time, but I definitely did not have on anything to “show” him), “I know leaving two voicemails is bad… but I had to call you back because I forgot to tell you something.. uhmmmm *sounds of Curb Your Enthusiasm theme song* uh, I sexually identify as Larry David,” and my personal favorite “FUCK! I fucking dropped my macaroni and it fucking burned me! You know… it’s the things you love that hurt you the most.” That was great to have to listen to with a hangover.

The nude should have been my saving grace. No guy enjoys his phone being blown up with drunk texts. The voicemails, while annoying, were at least still entertaining. But a nude? It’s not like he could complain about a nude right? Right?! Well, maybe a flattering nude. Which is not what I sent. I think what I was going for was mysterious or classy. Like, I’m not going to send you the full thing, but here’s a little taste. Or, one of my nipples was just really cold. Whatever the reasoning, I had decided to cover only one boob while leaving the other one completely exposed. To be honest, it looked like my tits had an eyepatch. It wasn’t even like an “oh, maybe she didn’t mean to cover it?” Nope. Everything about it looked very deliberate.

The only part of the picture that looked accidental was the unfortunate double chin, which was fully in frame. I give myself props for remembering to keep my face out of it at least. That part was good. It does suck that in doing so I made myself look like a total fucking idiot. The only thing helping me accept that I had fucked up is that at least a single boob pic with a double chin is still more attractive than a dick pic..