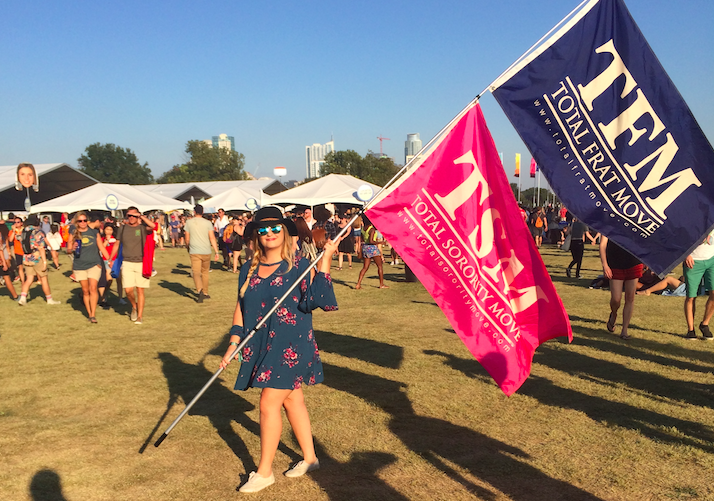 Breakups are hard. That’s just about the most clichéd line you can find on any 19-32-year-old female’s blog, right next to her detox tea and a #tbt of her frenemy’s 21st birthday where she looked hotter than the bday girl. But the reason every damn person in the world says it is because it’s true. Breakups ARE hard. And the worst kind of breakup is the one that just didn’t seem final.

A few months ago I stopped writing for Total Sorority Move. You might have noticed, you might not have (if not, this is super awkward, and also what the hell?). Either way, for three years I had two-three pieces published a day and then I vanished from the site.

It was mysterious and vague and pretty much the conspiracy theory of the century. Move over, Beyoncé and the Illuminati.

I’m going to spare you the details about what happened. Not because it’s super dramatic and juicy but because I’ve shared the details on how to give a good blow job and what having an eating disorder is like. This piece of my life is mine. All you need to know, however, if that everyone hated the situation, everyone still loved each other, and despite the new ~adventures~ in my life, I felt like I wasn’t done with TSM. But, like the hardest of breakups, I knew that even though I loved it, I had to let it go (cue: “Big Girls Don’t Cry”).

So, I went away. I started “seeing other people.” I got a different job, I got some new writing outlets, and I made peace with the fact that TSM and I were done.

Except that, well, we weren’t. We couldn’t be.

I started writing for Total Sorority Move when I was a senior in college and I instantly fell in love. In between taking my last communications courses (because, duh, what basic bitch isn’t a communications major?), and trying to convince standards that I should be allowed to go on formal even though I didn’t participate in volunteer hours for the duration of my time in the chapter, I was typing away on my computer and submitting column after column. A year later I got offered a full-time position in Austin. I moved. I loved it more. TSM was my college sweetheart, my first true writing love. TSM was what made me “me.” And then I abruptly left.

But I didn’t stop loving TSM, and I didn’t stop loving you guys. I know how lame that sounds. If I was Taylor Swift I’d probably make a whole album about it. The truth is, however, that writing for you all has been one of the best experiences of my life (second only to the time I slapped my cheating high school boyfriend in the parking lot of Moe’s). TSM was everything to me. I worked with some of my very best friends. I got a blue checkmark on Twitter. Girls I hated in high school finally followed me on Instagram (about damn time, Ashley). I was living my best life, but it was all thanks to this site.

So, when I left, I didn’t expect much. I figured I’d be the sorority blogger version of Macaulay Culkin. Instead, I received a flood of love from readers, haters, and fellow social media stalkers. It was nice to know that people missed my writing, but it made me miss TSM even more.

I’m back, witches. While I’m not going to be in-house, I plan to write so much you’ll get sick of me again real fast. I’m going to be that ex who you were sort of nice to once, so they latched themselves back onto your life and no matter what, you just can’t shake them. That’s who I am. This is the real me.

Now that we’re caught up, I just wanted to say: I’ve missed you. I love you. And let’s fucking do this. It feels good to be back..