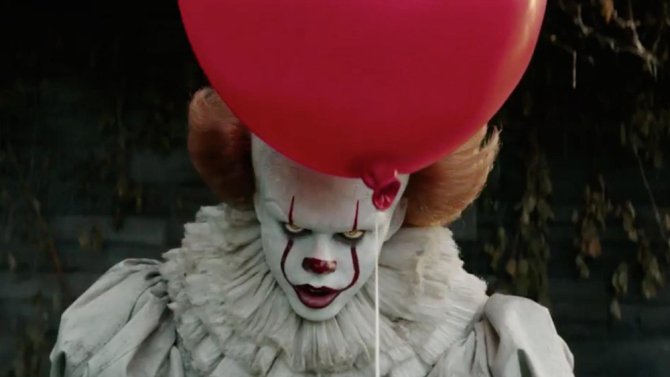 I’ve done every basic, slutty costume out there. I spent years throwing on my hottest dress and a pair of generic animal ears, pretending to get overly offended whenever anyone called me out for “not really wearing a costume.” Call it growing up, but I recently realized that Halloween, and, dressing up, is in again. It’s the one time a year when you can be as extra as you want to be, and no one can call you out for it. Hell, it’s even “cool” now to plan your costume months in advance, spend an ungodly amount of time on Pinterest, and craft for something other than your sorority.

I usually plan my costumes out pretty early, ordering bits and pieces off of Amazon months in advance, doing trial runs of my hair and makeup, and even going so far as to include my dog in a matching getup. This year though, I was in a rut… until I saw a trailer for Stephen King’s It movie. I’ve always been terrified of clowns, and not in a cute, “hold my hand,” girly way. More of in a sobbing, screaming, red-faced kind of way. The first time I saw the trailer, I didn’t sleep that night. In order to try to “ease” my childish fears of it, I tried to research the entire plot at 2am, which only made it worse.

Foolishly, I told my friends, who had all recently seen the movie, about how terrified I was at even the concept of the killer clown. I was expecting some sympathy, especially due to my long history of being terrified of basically everything. Instead I was met with taunting, and the occasional fear-inducing gif. sent to me during class. So I did what any bratty girl looking to prove a point would do, and decided to reclaim It.

“I’m going to be It for Halloween,” I proudly announced to my friends.
“Yeah right, are you going to remove all the mirrors from your house?”
“Won’t that make it difficult for you to take selfies?”
“Are you on some new celibacy kick?”
”You haven’t even seen the movie.”

I brushed off their comments. Sure, it was proving to be unbelievably difficult to have to look at a picture of It’s face for an extended period of time, so that I could practice doing the creepy makeup. But, I was having absolutely no problem taking selfies and sending them to friends to prove that I was somewhat good at makeup.

They did have a point though – there was absolutely no way that I was going to get laid dressed up as a killer clown. Any guy who would rather go home with a girl dressed up as a clown that eats children instead of one in a tight dress and a pair of cat ears is someone that I probably wouldn’t want to go home with in the first place.

While Halloween is the official holiday of being extra, it’s also the unofficial costume of getting laid. When else can you see Superman making out with Harley Quinn, and a budget Jack Sparrow leading a princess (who charged her costume to daddy’s credit card) out of the bar?

The whole world might be confused about their weird attraction to Bill Skarsgård… even in creepy clown makeup, but I can assure you, every guy that I see out on Halloween night isn’t going to take me home not only out of their fear for killer clowns, but for the inevitable damage that my makeup will do to their pillows.

To be honest, I can’t think of anything more terrifying than rolling over in bed and facing a hungover, naked It clown, with half of their makeup on their face, and the other half on the pillow.