I’m Happy I Was Ugly In High School 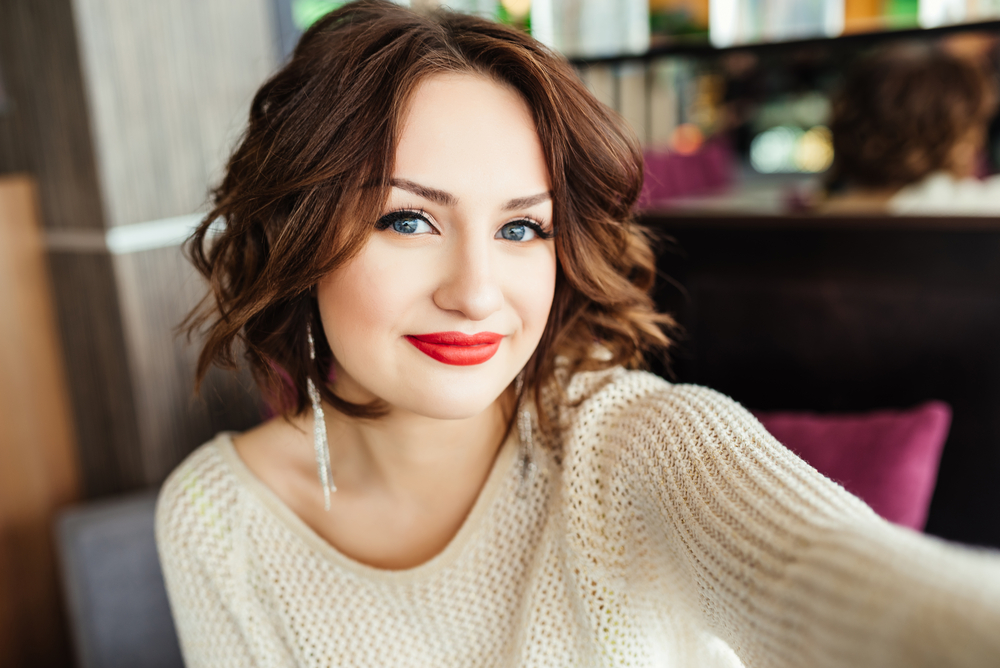 At 16 I thought I was the shit. My friend’s older sister occasionally sold me Mike’s Hard Lemonade for approximately triple the retail value of them, my crush occasionally asked me for help in English which everyone knew was the step before asking me on a date (spoiler: it was not), and I had somehow tricked my mother into buying me a Victoria’s Secret bra, that absolutely no boy took notice of. But I blossomed, I grew, and boys finally started to take notice of my boobs… even when they weren’t in a leopard print bra with enough padding to act as a floatation device.

However, it was those long, hellish years I spent dealing with puberty, raging hormones, and being forced to live as an awkward teenager that got me to the place I am today. My brows no longer resemble little sperms, my acne has been taken care of, thanks to expensive skincare that I’m now expected to own because I’m an adult, and when a guy offers to buy me a drink at the bar, I no longer automatically assume that he’s trying to murder me (because what other logical reason would there be for a man to talk to me).

Recently, my brother told me that a girl he goes to high school with was working at a high end retail store. This store was notorious for only hiring girls who might as well be Instagram models. Not only were their faces physically perfect, but they were instructed to only wear the clothes that the store sold, that were all trendy and impossibly cool, I have to add. I couldn’t believe that this store would hire a sixteen-year-old girl to work there, mainly because when I was sixteen they gave me dirty looks for even shopping there.

After a night of drinking far too much, my friends and I dragged our hungover selves to mall so that we could swipe our credit cards and make more bad decisions. I figured it was the perfect time to wander into the retail store where my younger brother’s “friend” worked, and see how the store that I still felt like I was too ugly/immature/trashy to shop at hired someone five years my junior. When I walked in the door, I was surprised to see not only this mystery girl, but a swarm of equally beautiful girls of around the same age. And they weren’t the kind of pretty that my mom said I was out of pity when I was crying over the heinous acne all over my face.

As my friends and I browsed around the store, none of these genetically perfect mutants approached us as they had obviously learned at a tender age that they were too pretty to actually work. I overheard them gossiping about their boyfriends, parties and everything that I only heard about in high school through the “young adult” books that I read religiously because I didn’t have any friends.

Now before you start to feel sorry for me, I’m thankful for my ugly teenage years. Firstly, it was during those years that I developed a sub-par sense of humor (that some of you don’t always appreciate). What else are you going to do at thirteen years old when your mother refuses to let you pluck your unibrow so you take a razor to them the night before class pictures, and end up with a each brow being two thirds of the length of a normal human brow, other than make a joke of it? Sure, I was insecure for years, but it was during this time, I learned to actually accept myself. If I was still trying to maintain bronzed skin, and long blonde hair, I wouldn’t have enough time in the day binge Netflix shows and alcohol… and that would just make me a shit 20-something.

Maybe I’m just bitter that at sixteen I wasn’t able to have better makeup than most Youtube gurus, stylish, designer clothing thats so revealing my mother would have disowned me, and boys like me for something other than how freakishly good I am at math. However, I’m pretty sure that all of those years taught me something… and I don’t just mean how to cover up a volcano-sized zit. Besides…. none of these girls have had the opportunity to gain the freshman 15 yet..