Is It Weird That I’m Still Obsessed With Disney? 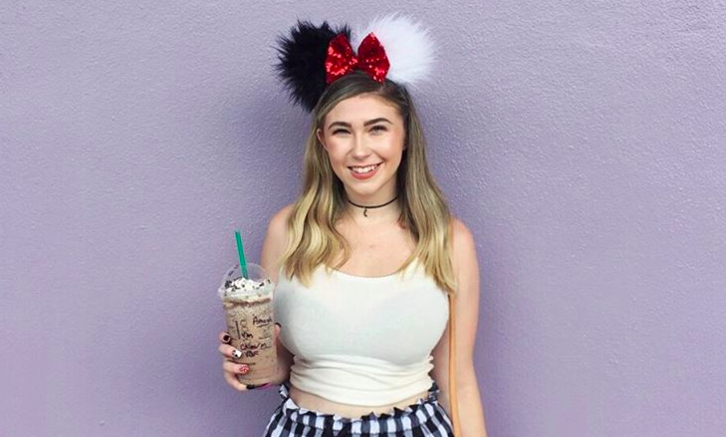 For all intents and purposes, as much as I sometimes hate to admit it, I am an adult. I’ve grown to accept the fact that not only do I not understand what any high schooler is talking about, but on more than one occasion, I’ve had to bite my tongue before I yell “where are you parents?” I genuinely enjoy going to the farmers market, and furniture shopping. The worst offense of them all? I’ve genuinely asked “isn’t it a little late to go out?” before 10pm.

However, all of my adult tendencies might be overpowered by one key thing about me: I love Disney. Like, I really love Disney.

I’ve skipped out on traditional spring breaks to go to an over glorified amusement park, ditched a bikini for mouse ears, and foregone tequila for ice cream shaped like Mickey. I can admit — it sounds insane.

Here’s the part where I had planned to explain to you all why I would rather go to a place for kids as opposed to literally anywhere else that fits the “I’m mature” aesthetic. I could tell you about how I used to go every single year as a child; and that not only was it the one time a year where I actually got to spend quality time with my dad, but I got to watch as he became more excited than the kids to go. But, let’s be honest, that story would just fuel the “she has daddy issues” idea even more.

I guess Disney is the place where I can “let go.” Now, it’s more common for people to “let go” on vacations in places like Vegas — they can drink as much as they want, gamble, have meaningless sex, and forget about the whole ordeal (and their dormant STDs) on the flight home. I’m at the stage where I don’t consider getting plastered “letting go.” Maybe it’s because I have the ability to go out on a pretty regular basis as a university student, who’s apart of a sorority, who’s also of the legal drinking age. Sure, I’m not partying with hookers, or blowing my future children’s college tuition on the blackjack table — but nor do I want to be either.

Maybe I’m drawn to Disney because it’s the exact opposite of my everyday life. I’m not worried about whether John from Beta Theta Kegger is going to text me back, since I’m too preoccupied trying to figure out how the fuck to skip the two hour lineup for the Frozen ride. I’m not tied to my phone, responding to emails, and, possibly more draining, friendship drama and texts, because I am saving all of my phone battery to take photos of how cute I look in mouse ears.

Most importantly – I’m not being judged. I know it’s incredibly cliché for me to say, so hear me out. People escape to Vegas for the same reason — they want to do what they want, sans judgement. In my current situation, I’m not judged for drinking, partying, or acting like a 21-year-old girl. However, I am constantly being judged for being extra, over the top, and even immature. In a world full of girls who seem to enjoy wearing the same GD black leather jacket, jeans ripped at the knee and tube top, all while pretending to not give a fuck about anything, I tend to stand out — and not always in a good way. I have a purse shaped like a flying pig, and a tutu-style skirt (think Carrie: Sex in the City) that I’ve always been too afraid to wear. I still get way too overzealous whenever people seem eager to want to hang out with me; and, before you all try to use your psych majors to diagnose me, it’s probably because I didn’t have friends in high school.

In my everyday life, I try to tone it back — meaning I would never wear the flying pig purse with the tutu. But, in Disney there is literally no judgement for how extra, or even childish I want to be. Before you start to feel sorry for me, I actually love the current situation that I’m in. For a few weeks out of every year, I get to run around an amusement park, in (I kid you not), furry mouse ears and Starbucks.

Realistically, at the end of the day, my obsession with Disney is doing the rest of the world a favor. I have a contained space to let my super-weird, extra AF side out, so that I can go back and be a productive normal member of society. Trust me — the only time you’ll ever catch me in a black leather jacket, jeans ripped at the knee and tube top is when the time comes for me to hook a man who’s willing to continue to fund my Disney obsession..