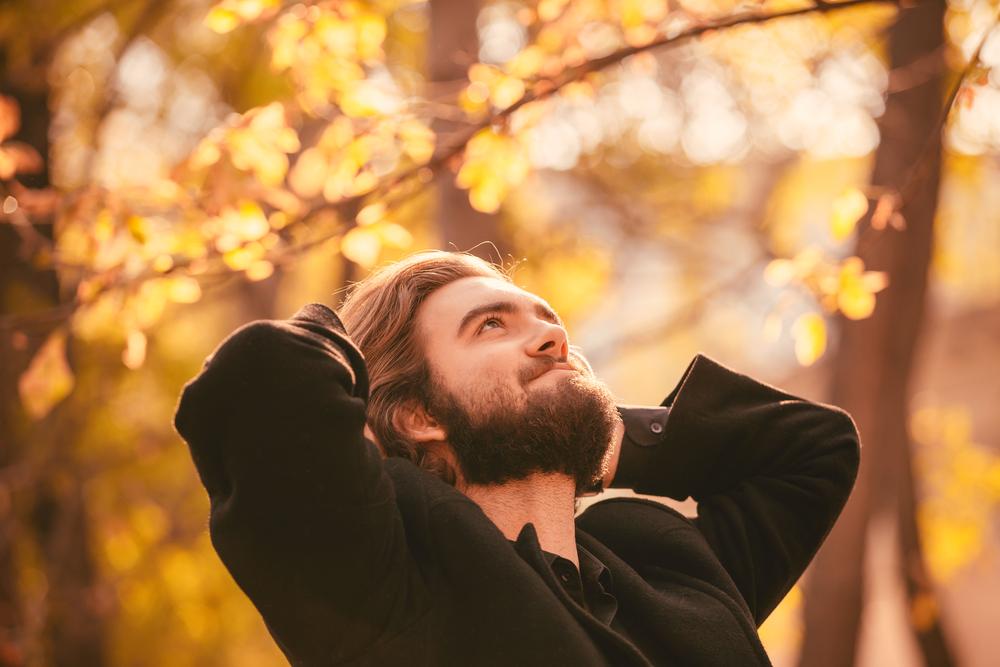 At the risk of sounding too basic to function, fall is the best season. To be honest, if you disagree, you’re wrong. Such a sacred time of year leaves no room for dissenting opinions and negativity. There is not a single thing about fall that isn’t balls to the wall better than literally any other time of the year. The leggings, the photo ops, and dressing up your boyfriend like your own personal Ken doll. That’s right, gone are the days of basketball shorts and tank tops that honestly shouldn’t be worn unless he’s got a pump.

Now you get to see him dressed as God intended. He’ll wear jeans that cover his hairy legs, boots that cover his nasty toes, and a beard that covers his not-so-impressive jawline. This is the time of year your man is going to be looking his best 100% of the time. Or at least he should. As we all know, there are no happy guarantees in life. So as excited as you might be to snuggle up to your boyfriend while he’s wearing those grey sweats that hang just right, keep in mind he might be a total fucking asshole. That’s right. What do you do when he decides to turn himself into a baby faced frosh?

I went through this once. My bearded stallion shaved off his facial hair (debatably the only thing I loved about him) and I was left to deal with the consequences. It was like a horror movie. There have been countless times that I have attempted to trap the men in my life with the fatal question “would you still love me if I was ugly?” Of course there was no right answer. If they said “yes,” I would ask if that meant that they thought I was ugly, because they loved me. If they answered “no,” obviously they were a shallow douchebag. As annoying as I was being by asking this, at least I never actually tested them. That is to say that I didn’t intentionally fuck up my face and see if they could see past it.

But this guy? This guy did exactly that. It wasn’t like he shaved for charity. I support shaving in support of testicular cancer, of course. It wasn’t even that he had accidentally trimmed one part too low and needed to even it all out. He had deliberately and intentionally taken a razor to his face and erased the one thing that could get me going in bed. It was cruel.

I held my tongue because I am a kind and understanding soul, but he could only expect me to be the bigger person for so long. I gave him the chance to fix it before I expressed my feelings of betrayal. But after two weeks went by, and it became apparent that this shaving thing wasn’t a one time ordeal, I lost it. I don’t care that I’m shallow or bitchy. What he did was unforgivable. At that point, he might as well have shown up to the pumpkin patch in flip flops and swim trunks. It was ruining the entire aesthetic. An aesthetic that we, Starbucks, and the rest of corporate America have worked so hard to accomplish.

Fall is just as much full beards and beanies as it is riding boots and chunky scarves. You can’t have one without the other looking out of place or deranged. That’s how I felt in our relationship. Just on, like, totally different pages, you know? That’s not even trying to say that he’s just a prop either, because any true basic knows that aesthetic is constant. Sure, you might initially buy those glitter pumpkin decorations for the snapchat story of you buying them in Target, but it’s not like you don’t enjoy them in your free time. Same thing goes for your boyfriend. A bare face is just a constant reminder that he is putting your life, your needs, and your happiness second.

He has full authority of how his face looks 75% of the year. But these three months? These are ours..