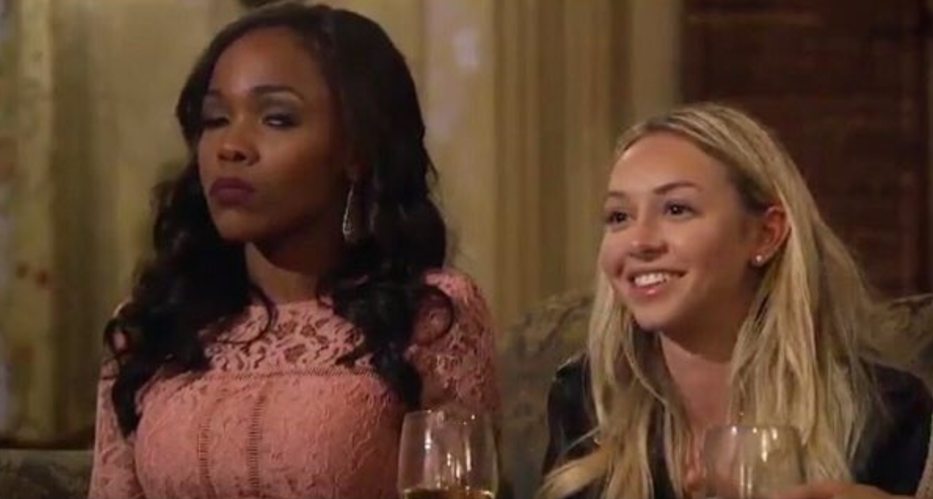 Unless you’ve been living under a rock (or simply don’t care about an unrealistic dating show that doesn’t yield the highest success rate), you’ll know that the fourth season of Bachelor in Paradise has stopped filming due to misconduct, and an alleged sexual assault between Corinne Olympios and DeMario Jackson. After the news was made public, Jackson was quick to report his details of the misconduct, essentially shifting blame to everyone but himself. Corinne, on the other hand, stayed notably quiet through the speculation and statements until June 14th, when she released a lengthy statement, identifying herself as a victim, and letting fans know that she will be taking further steps to ensure justice and emotional stability for herself following the incident.

Not only is Corinne dealing with being the victim of an alleged sexual assault, but she is doing it in the public eye. While support has poured in for the reality tv star, every positive comment that she has received has been matched with a negative one. If you thought that the “slut-shamers” and those who are quick to put blame onto Corinne herself in nasty online comments were bad enough, then you won’t believe these comments made from her co-star and friend Jasmine Goode.

Goode competed with Olympios for Nick’s heart on this past season of The Bachelor. She made it to the top nine before being sent home, presumably to resume being a Dallas Cowboys Cheerleader, although after a quick look through her Instagram page, she seems to be more focused on sponsorships than sports. She also seems to be a member of the inseparable girl gang that formed after The Bachelor ended. What else bonds a group a girls more than being dumped by the same guy? Recently the group of girls, that’s made up of some fan favorites, such as Raven, Alexis, Kristina, and of course, Corinne, made an appearance on their friend, Rachel’s, season of The Bachelorette. It seems like these girls are trying to give Taylor Swift’s squad a run for their money (and Instagram likes).

That's right! Tonight we offer some final advice to our girl before she embarks on her journey to find love 🌹💋❤️Always here for you Rach #squad #TheBachelorette #Slayers #family #BIGRACHMONDAYS

Goode and Olympios share a group of friends, and were both set to fight it out, once again, on Bachelor in Paradise. Goode released the following statement regarding the alleged misconduct:

I was taken back with Corinne’s statement that she’s the victim. That may be the role she plays on the show, but it’s a role. I don’t believe she was a victim or traumatized. The statement she released doesn’t even sound like her. It sounds like someone wrote it for her. Not once did she complain or say she was upset with what happened in the pool with DeMario. She was laughing, having a good time. Even the day after, she was hanging out with DeMario and some other people in the hot tub. I honestly thought they were going to become a couple. She never, ever said one thing negative about DeMario. And she was never in danger, at least I never witnessed anything bad happening to her. As a woman, I would have been the first person to step in if I thought she was being taken advantage of in the pool with DeMario. She even said hi to me when I walked by them. I feel bad for DeMario. He’s a good guy. He’s sweet and not aggressive one bit. I am sad and disappointed this has happened. We are all shocked. The producers and crew members are like family. I feel bad for them as well, this was their job. They would not do anything to hurt us. Remember I have been on both shows, and I have always felt safe in the environment. I went there to find love, I honestly did, and I have seen great things happen on the show.

Doesn’t really sound like a supportive friend, does it? While not all details are known regarding the case, and there are many conflicting accounts about what occurred that night between DeMario and Corinne, one thing is for certain, Corrine should not be blamed in this situation. Goode was also set to compete during this season’s BiP, and might be more concerned about her future both on the show, and as a reality tv star than she is about her supposed friend. I’m certain that this situation will divide up more of the Bachelor Nation.

Unfortunately, it is a far too common occurrence that the victims of sexual assault are blamed for their own abuse, or not believed by friends, family or authorities. If you, or anyone you know is a victim of sexual assault, contact the 24/7 RAINN hotline at (800)656-4673..