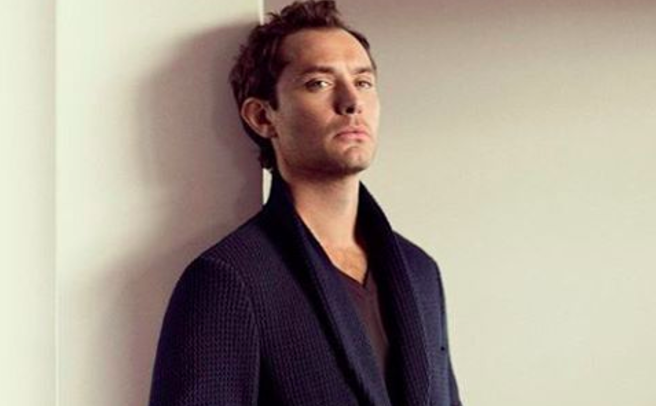 You guys. Big news. Big, shiny, magical news. I can’t even preface this with a fun little anecdote because I’m still shaking, but here it is. In case you’re not up on your Harry Potter info (or you’re not an introverted freak who spends all of her money on Hogwarts paraphernalia like I am), last year J.K. Rowling wrote her first screenplay, Fantastic Beasts and Where to Find Them. It was about Newt Scamander, an expelled Hogwarts student who heads to America to study/release magical creatures. It takes place about 60ish years earlier than Harry Potter, but it touches on some of the characters we’ve grown to love. Case in point? Albus Percival Wulfric Brian Dumbledore.

Arguably the best character in any series ever (shut up, don’t question me, it’s true), Albus is about to become a major character in J.K. Rowling’s prequel spin-off series. So, naturally, she needed to cast a young guy to play a more youthful Dumbledore.

And who won the spot? Hold your vaginas, ladies.

A toast to our Dumbledore! pic.twitter.com/3Np0UVBOiM

Jude Law. You know, the guy who gave you some of your first ~feelings~ when you watched “The Holiday” with your mom.

Him. That face. That body. That everything is going to be our new (or old, however you want to think of it) Dumbledore. Anyone else feel like they need a butterbeer to cool down right now?

In case that isn’t enough to convince you to jump on the “Fantastic Beasts” wagon, Jude Law is joining Johnny Depp who plays Gellert Grindelwald in the series. To catch you up, Grindelwald is the new “bad guy.” But before he was the bad guy, he was BFFs with Dumbledore. And in case you didn’t remember, Dumbledore is gay. And yes, J.K. Rowling confirmed long ago that Dumbledore had feelings for Grindelwald.

The next installment in the series isn’t set to be released until 2018, but that gives us plenty of time to reread the series and start viewing old Albus and Grindelwald a little bit *ahem* differently..