Kendall Jenner Rocked TF Out Of Her Acne 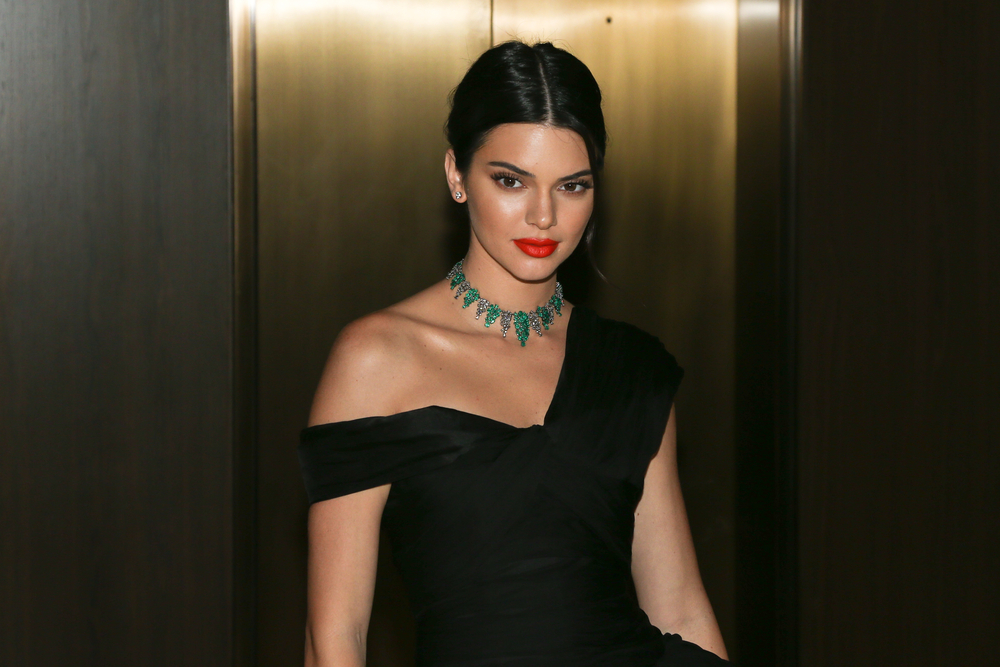 Love them or hate them, you have to admit that the majority of the time, the Kardashian/Jenner clan looks physically perfect. Honestly, I’m pretty sure I would look a bit less like trash too if I had personal trainers, chefs, makeup artists, and a mother like Kris Jenner.

As per usual, Kendall Jenner stunned at the Golden Globes on Sunday night, in a simple, refined makeup look and a strapless dress that probably costs more than my yearly rent. However, because people are assholes, “fans” were quick to point out that her skin wasn’t flawless. Who would have thought that it might not actually look like it does in the airbrushed modeling campaigns she participates in?

Kendall Jenner at the 2018 #GoldenGlobes pic.twitter.com/WVay51P9GT

While I don’t want to give attention to the people who have nothing better to do with their lives than to make fun of another person’s skin on the internet; in general, they were pointing out her acne and visible marks. I, personally, would have liked all of these people to share photos of the physically flawless skin that they must have all of the time. But maybe thats just me.

Jenner responded to a positive tweet, that was applauding her for having the confidence to rock her acne in a setting where she probably knew that it would be scrutinized, and setting an example for girls who might be going through the same thing.

I’ll be the first to admit that I have less than perfect skin, especially when I was around the middle school age. My poor parents, on multiple occasions, had to convince me, their hormonal, anxious, daughter that I still had to go to school, despite the fact that I thought everyone was staring at the zit in the middle of my face. This was, of course, only made worse by the fact that everyone, from the nasty kids who I now occasionally creep on Facebook, to one particularly horrible aunt (who, ironically, reminds me of Kris Jenner) constantly pointed it out.

While it might seem like a small thing, having influential people like Kendall Jenner, who literally makes a living off of being good-looking, go about their life, and show the world that they’re not perfect, might make it a bit more normal for people to be a bit more confident about not having perfect skin. Which, for the record, is a completely normal and natural thing.

A few years ago, Kendall openly wrote on her blog about her struggles with acne, saying, “I had such bad acne when I was younger. It completely ruined my self-esteem – I wouldn’t even look at people when I talked to them. I felt like such an outcast; when I spoke, it was with my hand covering my face… Even after things started to clear up, it took a solid amount of time to be okay with my skin and gain back my confidence. I realized that it’s a part of life for some people and it doesn’t define who you are.”

While I’m sure that the morning of the Golden Globes, Kendall woke up and had that moment of disappointment that her acne didn’t magically disappear overnight, she took it in stride, and still looked amazing. If she can do it, you can totally show up to that stupid frat mixer, with or without acne..