Prom. My poor parents, my poor friends, my poor date. I obviously let all of those wedding dress shows that I binged while trying to lose five more pounds to look “good in my dress” get to me, since instead of turning into a “bridezilla,” I turned into a “promzilla.” At the tender age of seventeen I had already internalized the notion that I was far too unbearable for any guy to ever propose, so as far as big days and dresses went, I had to consider the notion that prom might be my only shot.

You would have thought that I was one of those entitled brats on “My Super Sweet 16” with the way that I carried on about everything from the exact color of my hair to how long my nails should be. Hell, I even order a limited edition python skin clutch; which, I’m convinced, that to this day, has made the postal service suspicious of my future packages.

When the big day arrived, I was devastated to find out that prom wasn’t all that the movies made it out to be. My date did drugs in the back of our limo, the beading on my dress got unbearably heavy after the first few hours and the makeup that took eons to accomplish got ruined after I started pounding back the Mike’s Hard Lemonades my friend’s older sister had snuck in for us. Needless to say, prom wasn’t everything that I had chalked it up to be.

The silver lining of this whole situation was that, throughout the experience, I managed to be the center of attention, which honestly wasn’t hard for me to do as a drunk high schooler in a dress that costs considerably more than my current rent sneaking alcohol out of my (potentially illegal) python clutch.

All in all, it was a fantastic experience. Do you know what would have ruined it? Kylie fucking Jenner.

Unfortunately for the girls at the Rio Americano prom in Sacramento, they were not so lucky. Kylie Jenner and her famous sidekick, Jordyn Woods crashed their prom. 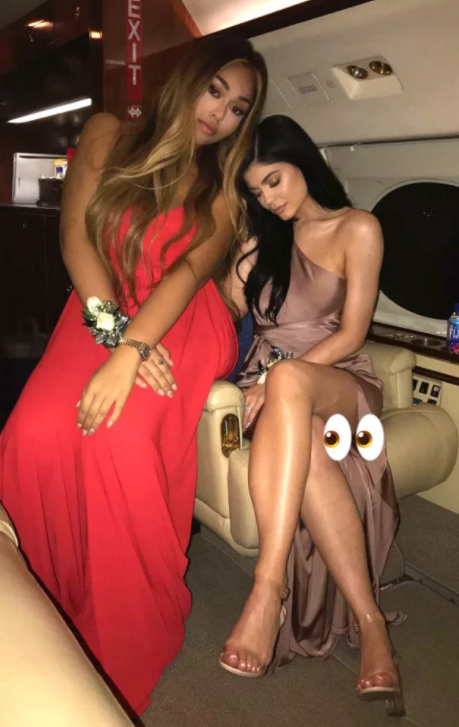 This is Kylie jenners date pic.twitter.com/DRNSrwgCc7

Here’s the problem, while Ochoa and every other guy there spent their entire night drooling over Kylie, their dates were more than likely left alone, to sadly drinking their snuck-in alcohol on their own, as they contemplated why their mothers didn’t let them buy a dress with that high of a leg slit.

Sure, you can say that she did a nice thing going with the guy who got rejected. But is that really worth ruining the nights of all of the girls who were outshined by a celebrity? Sources say that Kylie showed up with her camera crew in tow, and filmed the event, so you be assured that the attention never strayed from her.

Prom is meant to give girls one last night of being the queen bees and princesses that they believe they are, before they’re thrown into college life. It is the last time that they’ll believe that their date is truly trying to be romantic without alternative motives. It’s the last time that their teachers will give a shit about them. And it’s the last time that they’ll think their current weight is fat (just wait for the freshman 15, baby!) How are these girls going to cling to this one final school memory when all they have to remember the night is a slurry Snapchat video of the celebrity, and the experience of not losing their virginity on prom night, since all of the guys were too busy circle jerking off to the videos they got of Kylie that night?

Kylie: I’m sure that you thought you were doing the right thing… or, at least, I’m sure your agent told you that it would make you seem more relatable. While it might be irrelevant to you, I’m sure that there is now a graduating class full of high school girls who won’t be buying your lip kits anytime soon..