My Best Friend Is Getting Engaged, And I’m Not Bitter, I Just Feel Effing Weird 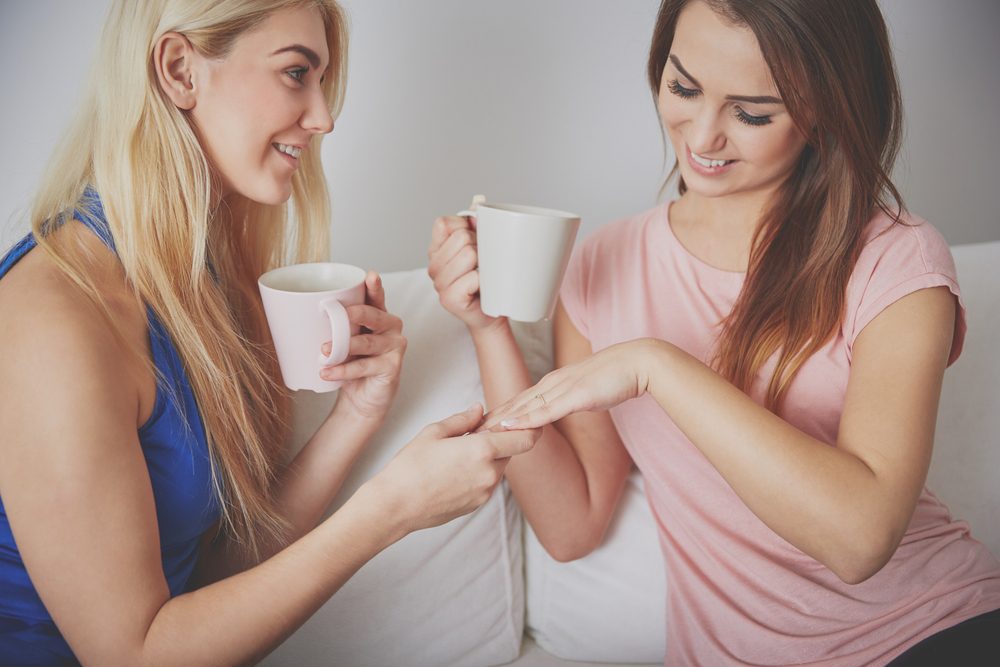 It’s happened. My one, true, logical friend has crossed over to the dark side. For years now, my innocent social media feeds have been taken over by “happy” couples with their wedding rings and baby bumps. I, the perpetually single (totally my choice, not that I am a fucking psychopath at all) one and my best friend Anne, who has been joined at the hip by her nerdy little sidekick for three years now, would laugh at their stupidity. Married, at our age? Ha, probably will get divorced by the time we graduate. Don’t they realize that baby means no more fun? No more.. being a kid?

Because I had this false alliance with Anne, I never felt societal or biological pressure to start thinking about my future. Until that bitch fucking betrayed me by becoming one of them. She didn’t even do so in a good way. Not a phone call scream crying in happiness. Not a late night FaceTime where she excitedly whispered it. I got a nonchalant text message that read “when the time comes make sure Aaron gets something that looks like this” along with a picture of a gorgeous ring. As if she expected me to get back to her like “kk no prob.”

You can’t just drop that on someone like me. First of all, I am a beyond selfish person. I haven’t even decided if I will let Aaron earn the title of fiancé. The fact that he hasn’t bothered to even ask my permission to ask for her hand in marriage isn’t looking good for him. It’s called traditional values, buddy. Look it up. It’s like neither of them have even thought about me during this whole process. At this point I wouldn’t be surprised if I wake up to a text reading “do you mind being my maid of honor? It’s cool if you can’t.” That’s right. She hasn’t even asked me to be her maid of honor. Bitch.

I mean, like, I kind of get it. Technically they aren’t engaged… yet. And after calling five times and interrogating her, I found out that they had no plans of getting engaged anytime soon. They’re just naturally moving in that direction and it’s something they should start thinking about sooner rather than later. I told her I understood. I didn’t. I haven’t had a boyfriend since freshmen year, but totally know what ya mean, bestie.

Don’t get me wrong. I am happy for her. Delighted, even. No one deserves happiness more than she does and maybe even Aaron. I just can’t help but notice that I suddenly feel self-conscious about my own life. I love being single, but it’s so impractical. I spend most nights alone in bed while they’re out there doing such adult things. like shopping together and looking for a place together. To like, live together. Like as in share a bathroom and stuff. Ask me the last time I farted in front of a guy. It hasn’t happened.

Suddenly I feel bad screenshotting an engagement pic of yet another one of our high school friends and sending it to her. Is that implying that I think she’s not ready? Even though I know that she is. Is she fucking lying to me when she says it’s smarter to wait? You know, like pitying me for being unlovable? Will I ever get hitched?

I know this isn’t about me, but like most things in my life, it kind of is. I’m sure I will get over. Probably around the time she actually asks me to be her fucking maid of honor..