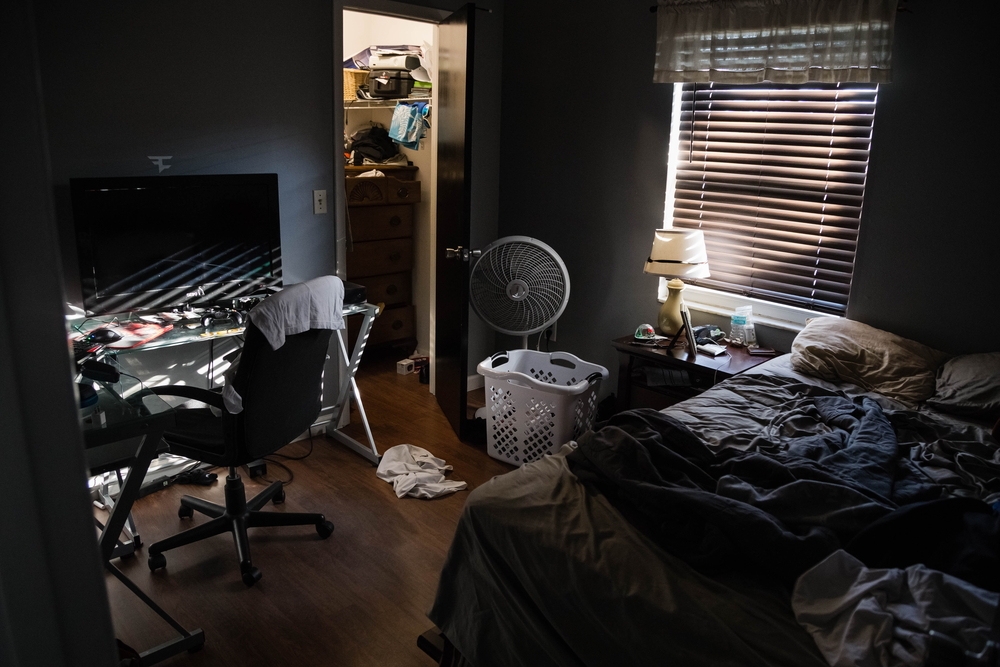 In an act of tragedy, or being punished by some sort of higher being, my closet collapsed this morning. Since I am, in absolutely no way, equipped to construct anything, let alone re-shelf a full-wall closet, I graciously accepted my father’s offer to rebuild it in a few days. Only after spending hours saving my poor clothes from the destruction, and piling them onto my bed, I realized that I would have nowhere to sleep that night. I explained the situation to my boyfriend in tears, partly because I realize the extent to which the drywall had gotten on my silk dresses, and partly because the last thing I needed was for my room to be unlivable.

“Why are you upset? Obviously you can just stay with me tonight,” he said, as if it was the most rational thing in the world. Which, to the average girlfriend, it would have been. I, however, have not slept over at my boyfriend’s place in easily a year. I like things to be clean. And my boyfriend’s place? Well, it isn’t. So he and I, but mostly I, came to the unspoken conclusion that all sleepovers would be held at my place, since it was bigger, nicer, and, most importantly, much, much cleaner.

I wasn’t expecting it to be perfect, but when I arrived, well, it was much worse than I had imagined. The clothes on the floor, the dirty dishes, the over-flowing trash can, and old pizza boxes were expected. The mystery stains on the wall and the smelly gym bag were unsurprising. But what I saw before me was not a bedroom — it was merely a mound of stuff. At first glance, without exaggerating, I could not distinguish the bed from the floor. His room looked considerably worse than the one that I had left behind, in my pretty, girl apartment, which made me immediately regret my decision to come over.

My boyfriend sheepishly smiled at me and said, “I know it’s not perfect, but I cleared a spot on the bed for you so that you can have somewhere to get your work done, and I ordered you a pizza.”

I was torn. Part of me recognized how sweet it was that he’d tried. And I remembered that it would only be for a few nights. The other part of me recognized that… he had tried. This was what his room looked like when he’d spruced the place up for company. And I immediately realized the error of my ways.

All this time, I’d been actively avoiding his place to stay out of the mess. But as he swiped his clothes off the bed and onto the floor in one motion to make room for us to sleep, I realized I’d fucked up. I should have been down here in the trenches, the whole time, putting in the work. I should have been showing him what kind of room is livable, and what kind, well, isn’t.

If I’d been coming over, just once a week, for a year, instead of forcing him to come sleep in a princessy palace that looked like a sorority puked all over it every night, perhaps, we wouldn’t be here now. Perhaps, it wouldn’t take a power washer to fix what he’d done. Cleaning once a week would make this manageable. He’d know my expectations. Hell, he might even be bothered by the mess by now if I’d started in early enough. A boyfriend is like any other pet — you don’t avoid his shit, you train him not to shit in the house. And that’s just what I needed to do.

As I tried to fall asleep and ignore a moldy bowl that was way too close to my face, my boyfriend grabbed me tight and whispered in my ear: “It’s so nice to have you sleep over here for once. Maybe we can do this more often?”