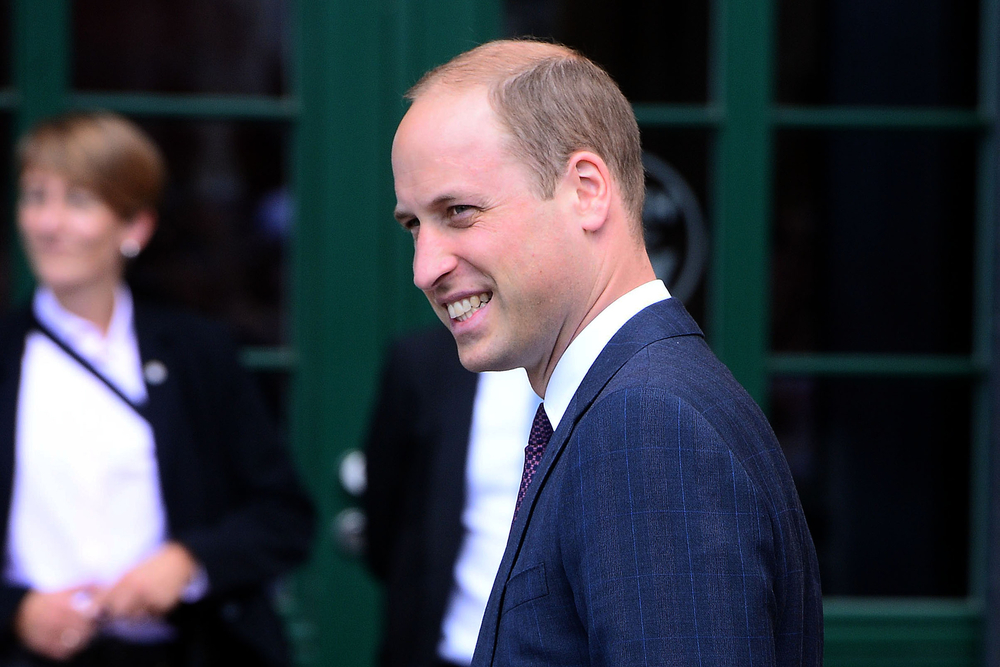 In theory, Prince William should be every girl’s dream guy. For starters, he’s a prince, which will in turn let you live out what your mother previously considered an “unrealistic life plan” of being a princess. You’ll be able to have literally anything you want, as long as it’s dresses that hit below your knee, hats you always just assumed were for costume parties, and heels so short they’ll make you question why you spent such a long, painful, time learning how not to fall in stilettos.

However, there’s always been one problem: his hairline.

Not to be judgemental (or more judgemental than I am on an everyday basis), but his usual, thinning on the top look was enough to make any girl question whether or not she really wanted to be a princess. Here’s the thing: I honestly have no issue with baldness. Just as I would hate for a guy to point out my cellulite or occasional chin hair, I think that there are some parts of the human body, that, while deemed by societal norms as unattractive, are something that affects most of us, in one way or another. I’m not perfect, and I can’t expect a guy to be either.   What I can expect a man to be is aware. It comes to a point where, like my dreams of being a princess, you need to learn when to let go. If the hair on the top of your head is becoming sparser than my chin hairs, its time to shave it off. I’ve honestly never understood keeping the visible signs of balding. Regardless of societal standards, it’s just not a good look. It’s a constant reminder that you’re losing something that was once good. It’s similar to carrying around a designer bag that has stains, rips and looks like you left it outside during a storm, but holding onto it because it still is, technically, Louis Vuitton.

Well, it seems like Prince William has finally learned his lesson, and decided to work with what he’s got. The Duke of Cambridge stepped out in his latest public appearance at the Step Into Health program at the Evelina London Children’s Hospital in Lambeth with a freshly shaven head, and the world was in awe. I mean, c’mon — not only did he finally lose the one and only thing that was making him unattractive, but he did it while doing charity work, for the children. Honestly, I’m swooning.

The Prince looks less like a stuffy royal, and more like a modern man who isn’t afraid to embrace his male patterned baldness. Maybe with the introduction of Meghan Markle, and his stint with Prince Harry in the latest Star Wars film as a stormtrooper, he’s finally starting to embrace a more modern ‘do.

Prince William might be the only person who is actually pulling off the idea of “new year, new me,” and I am so here for it..