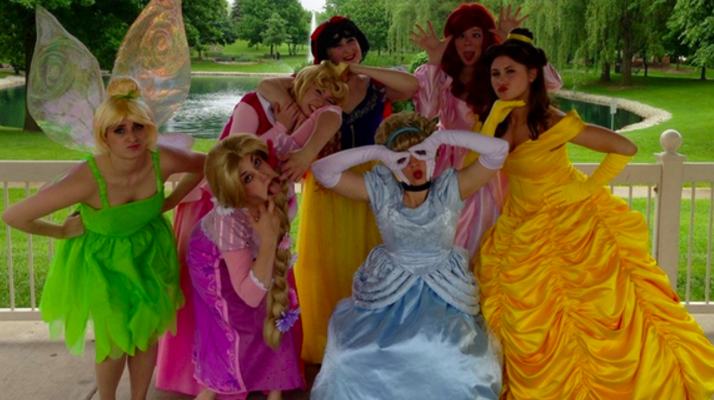 Princess on the streets, freak in the sheets. Just in case you weren’t able to turn your man on enough in your Disney-themed princess bikini, lingerie brand YANDY might have just what you need.

What better way to ruin your childhood than dress up like your favorite Disney princess or at least favorite princess after she left her prince and pursued a career in something a little less prissy.

Unless your special someone is turned on by pretending to be the Beast or a dwarf, there’s a good chance that they may not be into roleplaying a scene from some of your beloved childhood movies. Just imagine how awkward it’s going to be the next time you watch The Little Mermaid with your younger cousins, and you can’t get the image of being plowed in your faux seashell bra out of your mind?

There’s a big difference between being cute and sexy. These lingerie sets definitely fall into one of the categories… but I’m confused as to which one. There’s something undeniably cute and costume-y about the ruffles and bows, that are vaguely reminiscent of the cheap princess dress you begged your mother to buy you as a child (except with even less fabric); however, there’s nothing innocent about a g-string and garter.

Don’t get me wrong, I love the princesses as much as the next Disney-nerd, sorority girl. However, there would be something off-putting about reenacting the animated scene that seven-year-old you thought was the pinnacle of romance in a sexual manner.

But hey, who knows, maybe I just haven’t found my prince yet..