Ranking Sports By The Teams’ Houses I Am Banned From 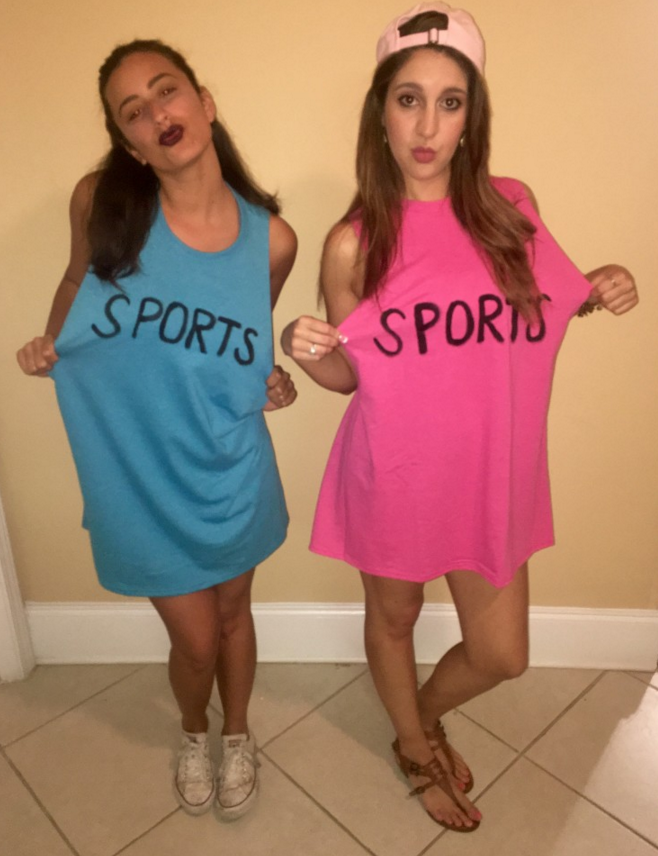 Sports suck. That’s just science. The only good to ever come from it is tailgating, cheer, and hot athletes, in that order. So, while I may not know what it’s called when you get that ball to the right painted line on the ground, you can always catch me at every game, drunkenly reminiscing about my days as a flyer, and trying fuck any of the guys on the field. However, not all sports are worth getting involved with. If you’re anything like me (read: a total psycho with no sense of boundaries or “laws”), getting involved with a sports guy ultimately leads to being exiled by the entire team. Here is a ranking, from least fucks given to most fucks given, of the sports houses I am no longer welcome in.

If you’re a sane person, you’re probably asking yourself “is ultimate Frisbee even a sport?” The answer is no, and also the reason behind my banishment. Back in the day, I used to date this little stoner hipster. You know, just to diversify my lovin’ laundry list of guys. As with any college, every man bun adorning, stoner sack of shit had to play ultimate. It’s pretty much a prereq for disappointing your parents.

Anyway, no one took ultimate frisbee more seriously than my boyfriend and his team, which was unfortunate, because no one took ultimate frisbee less seriously than me. I will readily admit that I am a bitch, but it’s never without cause. Look, there are only so many frat parties a girl has to give up for — you guessed it — frisbee parties, before she freaks the fuck out.

The only way to have fun at these parties is to get drunk enough to not remember you are at one. That’s exactly how this banishment started. The coach was at the party (he graduated two years prior so it wasn’t that weird, I guess) and he was trying to quite literally kill my buzz. As he was attempting to drag the Burnett’s bottle away from my lips, I heard some girl comment that he was being such a hater because he “never learned to play a real sport.” I laughed because it was true and he got unreasonably mad at me.

Later I found out that I had been the one who made the comment, I had then laughed at my own joke, and then refused to leave. Sure it was embarrassing, but at the end of the day, I’m not losing sleep over it.

She didn’t shave. I pointed it out. This was a fair decision on her end.

This one hurts a little. I had done NOTHING wrong… the first time I was banished. The second time? Yeah, okay. It was technically deserved it. But it was just because I was still salty about the first time. Which again, nothing wrong at my end. Like, there’s not even a story to tell, my mans and I broke up, he took it like a fucking baby, and then we both hooked up with other people. It’s just like any other college breakup. Like maybe I could have saved hooking up with that guy until we weren’t in his living room in front of all of his friends, but I never claimed to be an angel. It was a complete overreaction on his end.

Then we started hooking up again. You know when you stop hooking up with a guy, and then you start hooking up with him again, and it’s so painfully obvious that his friends had been talking mad shit on you? It was one of those situations when we walked through the door, burritos in hand, and I had obviously been crying.

To say they were unhappy to see me was an understatement. Joke’s on them, however, because I don’t go down without a fight. They didn’t say a single nasty word to my face, but I was on the offensive. I explained in elaborate detail why I hated all of them. Every single one of them. It took, like, a solid 40 minutes. Like I said earlier, I kind of get their distaste for me now.

Well, especially now that I hooked up with him again a few weeks ago and shouted, “I’m back bitches” in their living room. Seeing as we are no longer on speaking terms (again), I was not, in fact, “back” (again).

If you’re wondering how I can sadder about being exiled by snowboarders than by football players, it’s because I’m on the fucking snow team. My own team, my own peeps, turned their backs on me. Do you know how it feels to have a beautiful cabin at your disposal and not be allowed to go there? Oh, you’re not a grade-A psycho, so no? Well buckle up kiddos because this one isn’t my fault either.

El oh el, jk. I had been brainstorming for an hour about how I could possibly spin this to not be my fault, but it totally is. Oh well, snow team. Your loss. You turned your back on an (almost) mediocre snowboarder. See ya on the bunny slopes, losers..