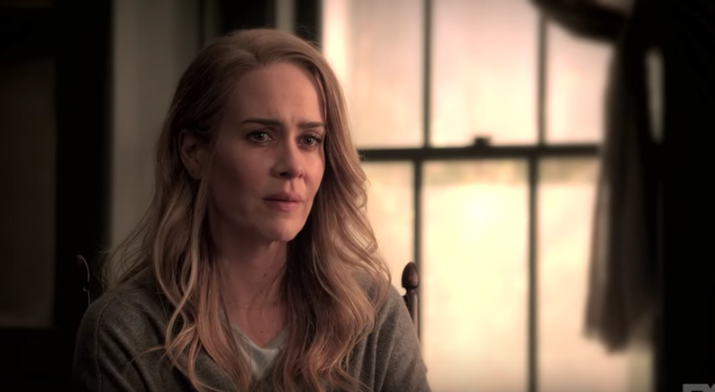 I’ve said it before and I’ll say it again: “American Horror Story” is one of the best shows of all time. The mixture of horror and sex, suspense, and humor make it one of the few reasons we get up each and every morning. PLUS, it’s also on in fall, which is pretty much our only reason for living.

Anywho, about two months ago, the man we love to hate and the creator of AHS (as well as “Glee,” “Scream Queens,” “Nip Tuck,” and “American Crime Story”), Ryan Murphy, randomly announced that season 7 will be centered around the 2016 presidential election.

Which is funny/odd/infuriating because last season the producers had fun creating a million fake teasers and not letting us know the theme of the show until like, multiple episodes in. Real cool, assholes. Still, it’s kind of nice to be in the loop for once. Thinking this, E! sat down with Ryan to try to squeeze out some more details. Specifically, who’s going to play Trump and Clinton?

An inception horror story? I can dig it. Still, a part of me was hoping Jessica Lange would step up and take some selfies as Hillary. Right now the only confirmed cast members are Billy Eichner, Billie Lourd, Sarah Paulson, and Evan Peters (thank God). But as we all know, a twist in the third act is Ryan’s specialty.

The new season is estimated to start in the mid-September timeframe and it’s sure to be just as terrifying as the actual election, except that, you know, this season is sort of actually real. *sPoOkYyyYyyyY.*