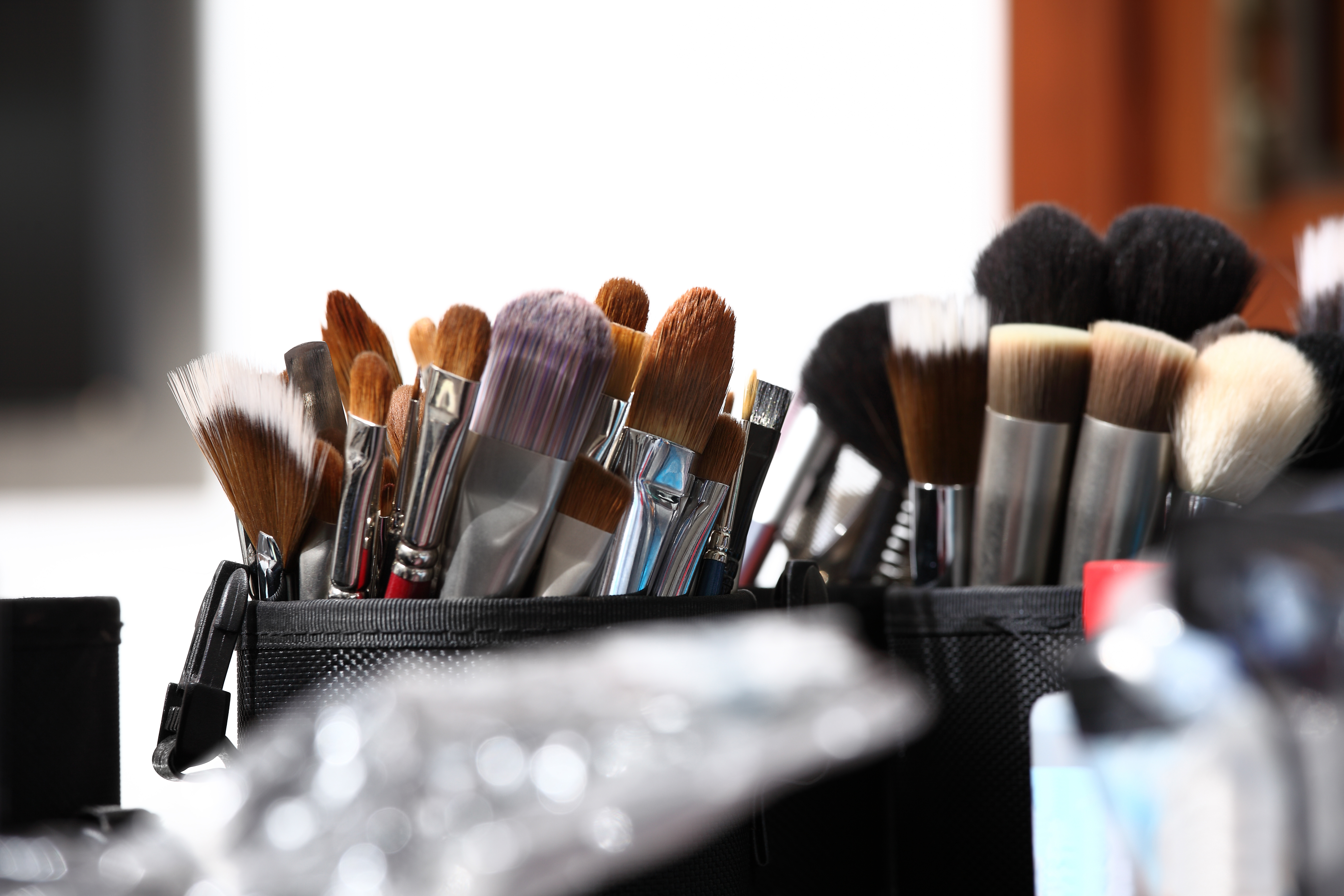 It doesn’t come as a shock to anyone when I say that I might be a makeup addict. When I told my dad, along, with listing a bunch of “symptoms” (basically the uncontrollable urge to go spend all of my money at Sephora all of the time), he simply told me that he’s seen my credit card statement, and suggested (demanded) that I go cold turkey. Since that is obviously out of the question, I figured that instead I would write about the telltale signs of knowing that you actually have a problem (…Jk I just wanted to earn some money to go buy more makeup).

1. You’re starting to spend more money on storage than you are makeup.
For just a flimsy piece of plastic, makeup organizers are usually so expensive. On one hand, you think about how many palettes that you could buy with the $200 + shipping that you’re dropping on an organizer, but on the other hand you wonder what the point of buying beautiful palettes (#packageporn is real, guys) if they’re just going to sit, unseen, in a drawer. It generally doesn’t take you long come to your senses and realize that you’ll probably just buy both anyway, but it will be a fun few days pretending that you’re trying to decide.

2. You have two looks: prepubescent boy or Kylie Jenner.
Not to brag, but with all of the money that you’ve spent on makeup, you’ve learned some tricks along the way (maybe money truly does buy happiness!). With great power, comes great responsibility, and there is no way that you’re going too be caught dead leaving the house with just come concealer and mascara. You would much rather have people mistake you for your kid brother than have them think that you’re a useless and basic with your makeup. If the look doesn’t involve at least highlight and falsies, you’re above it.

3. Your boyfriend knows more about makeup than the average girl.
He knows that complimenting you on your cut crease is a far better compliment than telling you for the millionth time that your boobs look good. Not only is he around you when you put on your makeup, shop for makeup and watch countless hours of makeup tutorial (Jeffree Star and Chill?) but, if it’s truly love, there is a good chance that you’ve convinced (bribed) him to let you do his makeup at some point. He knows the name of the lipstick your wearing, when the next Kylie release is and throws shade at a girl for wearing the wrong shade of foundation.

4. You buy into ridiculous makeup trends that you know don’t actually look good.
As you apply bright blue highlighter onto your cheekbones with your new unicorn brushes, you do realize that the look isn’t particularly flattering. You think back to all of the times that you’ve heard girls being called a “natural beauty,” and you’re pretty sure that the term doesn’t apply to you (I mean, it might have before you shaved your eyebrows off so that you could draw in more dramatic #InstaBrows.) Any girls now can throw on some blush and brown eyeliner and look like she’s not trying, but, to be honest, unless you naturally look like a VS model, there isn’t anything distinguishing you from the rest of the crowd…. so if you need to contour every inch of you body just to stand out, so be it.

5. Beauty YouTubers are your imaginary best friends.
Back in high school, you used to make fun of the kids who were obsessed with YouTube. Sure, it may seem like the YouTuber that you watch religiously is your friend, but the other 2.5 million subscribers definitely think the same thing too. Chances are, the wholesome teenage YouTuber that you thought gave great relationship advice and was just like you was probably raking in millions of dollars off of these “relatable” stories and promptly blowing it all on coke. However, your whole view on the site changed as soon as you discovered beauty bloggers. Now you know the names of the pets and parents on anyone who is good with a makeup brush on the internet.

6. You are furious when people tell you that you look better without makeup.
Truly, this should be a rant itself. Your eyes go red every time someone tells you to skip your (elaborate) routine, and go barefaced because you look “better without.” There are two sides to this. First, you know that you don’t look better without makeup on. You’re not stupid. As “natural” as it may look, blotchy skin and stubby eyelashes don’t fit into society’s impossibly high beauty standard. Second, you enjoy putting on makeup. It’s relaxing, and (arguably) cheaper than therapy. It is no one else’s business what you do to your face.

7. Waiting for a makeup launch is exhilarating.
You get more out of breath, mostly due to excitement, waiting for a brand to launch new, highly-anticipated products, than you are going to the gym. There is nothing better than knowing you beat out all of the other girls to get a sought after lipstick, because truthfully, your two favorite things involve makeup and winning. Whoever came up with the idea to make makeup launches limited and time sensitive *cough*Kylie*cough* is a genius, because every time I end up spending more money than I need to, just because I’m under pressure.